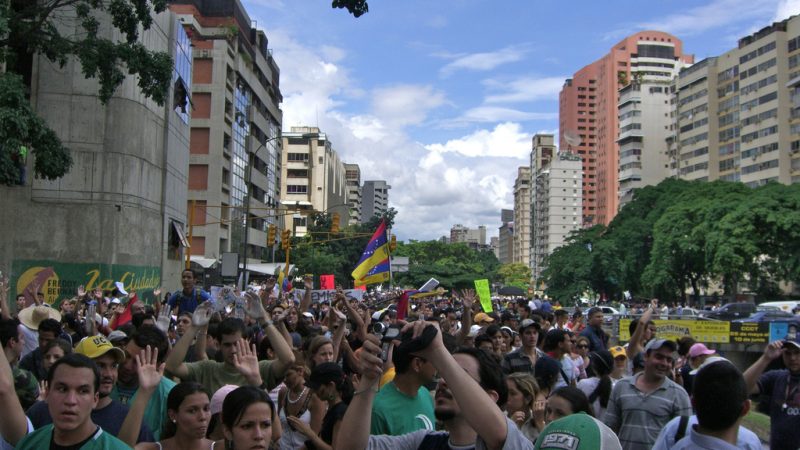 The protest was days in the making, as native community groups [11] from Amazonas, Venezuela's most southern state, gradually filled the capital. Tensions grew as opponents accused the opposition movement of preparations to stage a coup d'état against Nicolás Maduro's government.

Demonstrators say they are protesting against the country's current economic turmoil, and they hope to pressure the state into holding a recall vote on President Maduro. For some time now, Venezuela has endured an economic and political crisis, but conditions have worsened dramatically [12] in the last two years.

A day before the march, Global Voices’ contributor and journalist Luis Carlos Díaz [13], along with communicator Naky Soto [14], offered a “Political Hangout [15]” on Facebook, which they shared publicly in order to discuss the context of the march.

During preparations for the protest, news sites like Efecto Cocuyo also reported instances of abuse and blockades apparently erected by the authorities:

#Now: This is how [people] are taken down seized from buses in the Panamericana [highway].

#Now: On the Panamericana, in front of the IVIC, there's a traffic stop. They take people off the buses and seize them

Local news media documented other obstacles erected in the streets, as well, saying the National Guard was stopping demonstrators who were heading from the central part of the country to the capital:

Demonstrators going to the #TakingofCaracas [10] broke the police line on the Yaracuy Turnpike and were able to go on through.