26 Years After the End of the Lebanese Civil War, Families of the Disappeared Still Demand Justice

Every year on August 30, the International Day of the Disappeared is held to “to recognise the numbers of people still missing through conflict, disaster and migration — and show solidarity with their loved ones”. Originally launched in Latin America in 1981 with Costa Rica’s ‘Latin American Federation of Associations for Relatives of Detained-Disappeared’, the commemoration has since taken a more global dimension.

In Lebanon, thousands of people remain missing, 26 years after the civil war came to an end. The issue of the country's disappeared is often described as being of a particularly ‘sensitive’ nature politically, for the simple reason that many of the warlords are members of Lebanon's political elite. For example, in January 2016, I co-wrote an article with Abir Ghattas for Global Voices entitled ‘The Lebanese ‘Christian Marriage’ Between Aoun and Geagea Leaves Many Skeptical’. Michel Aoun and Samir Geagea, two of the most notorious warlords during the 1975-1990 civil war, are still in power, or at least significantly influential, today. And they certainly aren't the only ones.

Lebanese authorities have been reluctant to investigate the cases of the disappeared, instead passing a law five years after the end of the war that shortened the time required for an absent individual to be declared dead. In 2009, Amnesty International repeated its call, and that of many international organizations, for the Lebanese government to investigate mass graves across the country.

One Lebanese woman, Sawsan Hirbawi, whose brother was kidnapped in 1976, told Amnesty International that the Lebanese government never gave her a response.

We have been calling on the Lebanese state for so many years to dig up mass graves and reveal the fate of my brother and many others, but our state has done absolutely nothing.

Whereas media attention these days is often focused on Syria’s increasingly large number of missing persons, and understandably so, on International Day of the Disappeared campaigners in Lebanon hoped to highlight the case of Lebanese who went missing during the war.

To that end, the International Committee of the Red Cross (ICRC) Lebanon released a powerful video showing an old woman in her home, waiting silently for her son. The video ends with a simple message: “Your war ended. Her war never did.”

The ICRC has had a permanent presence in Lebanon since 1967, the year of the Six-Day Arab–Israeli War, in response to the growing needs of Palestinian refugees fleeing Israeli forces as well as the needs of host communities. The ICRC operates throughout the country and has offices in Beirut, Tripoli, Zahle, Tyr and in the Ein El Helwe Palestinian camp.

Official figures suggest that there are up to 17,000 people still missing in Lebanon, although the actual number may be lower. Speaking to Global Voices, Tarek Wheibi, spokesperson for the ICRC in Lebanon who also provides support to regional delegations, pointed out:

The ICRC noticed that there were many duplications and inaccuracies. Some people were reported missing to different authorities and counted multiple times, some were never counted. The number is currently not clear, we have visited more than 2500 families, some who have more than one missing family member.

The ICRC holds a yearly commemoration of the disappeared, and has been for almost a decade now. The idea, in Wheibi’s words, is to “stand in solidarity with them and remind the Lebanese government of its duties” regardless of “political sensitivities”. In fact, as Wheibi reminded us, those warning against revealing the truth out of fear of political instability are misleading the public:

Many consider this file to be “too sensitive” in Lebanon, some warn that it might ignite another conflict. Our experience in handling missing files in places such as Kosovo, Bosnia, Iran, Iraq and other places have shown the exact opposite. Tackling the missing file helps reduce tensions and helps the country heal. It is important to keep in mind that this is not an investigation and not to point fingers. We need to address this issue so that families can mourn their loved ones and be able to move on. We need to address this because the Lebanese soil is filled with human remains that have to be properly buried. 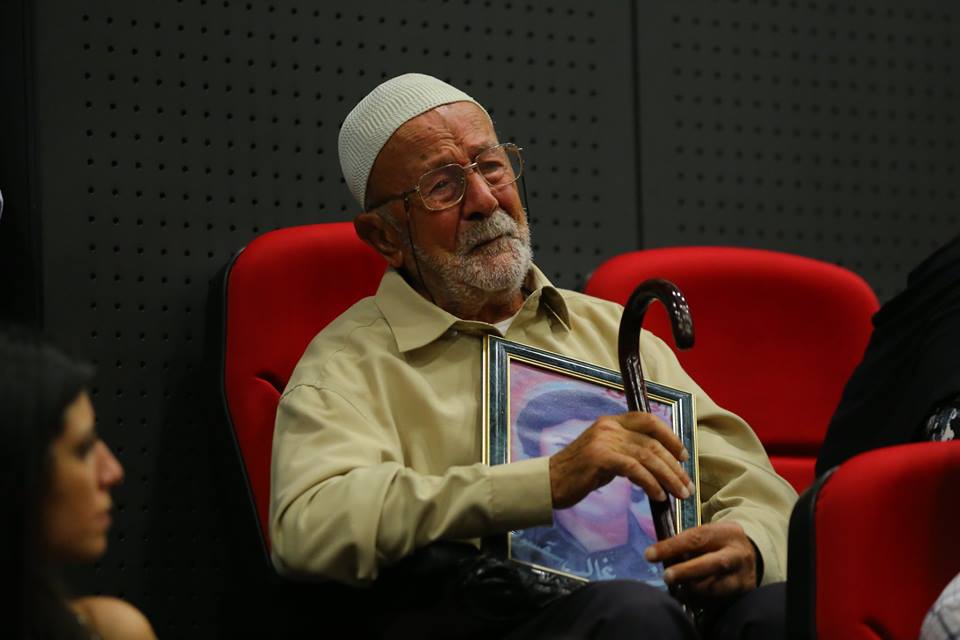 Father holding a photo of his missing daughter at the event held by the ICRC at Saint-Joseph University (USJ). August 30, 2016. Photos by ICRC/Hussein Baydoun. Source: ICRC Lebanon Facebook Page.

As for what the families of missing persons are asking, the ICRC learned in 2011 that:

The first demand of the families was the right to know the fate of their missing family members. The assessment also showed that many are in need of psycho-social support. Some need financial support, there are women who lost their sons and husbands on the same day and have had no one to care for them for years. 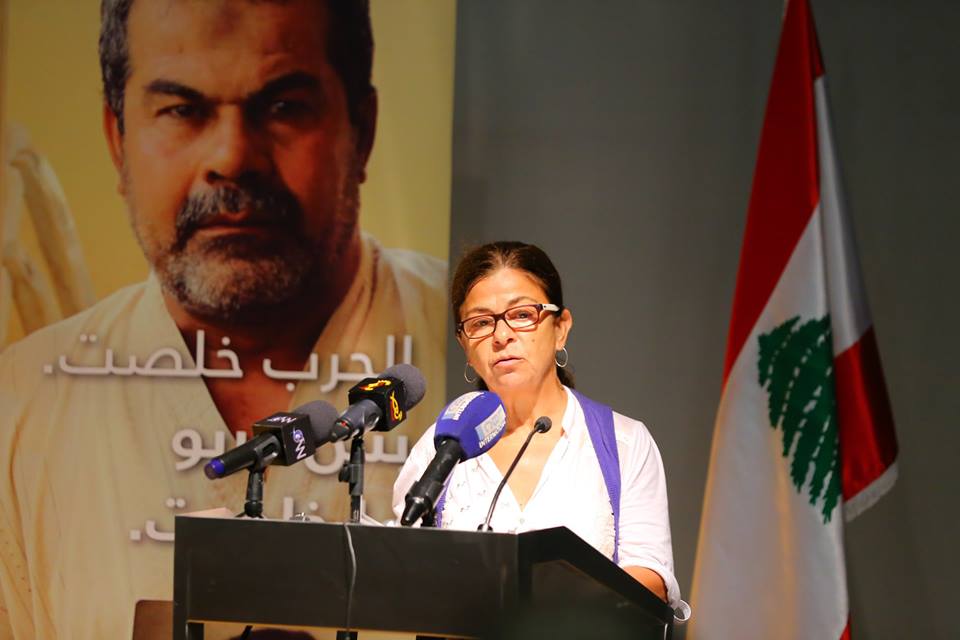 The families of the disappeared aren't only pressing the government for action. Well-known Lebanese activist Wadad Halwani, who is currently the chairperson of the Families of the Disappeared and Abducted Committee and whose own husband was kidnapped in 1982 as a member of the Communist Action Organization, recently asked a journalist to question the kidnappers instead of the families of their victims:

Go and ask the kidnappers what they did with their victims. Why are you asking me? Aren't you a journalist? Go and ask them what they did. When you're done with that, I might be able to answer whatever you want.

At the ICRC commemoration event this year, famed Lebanese singer Omaima El Khalil performed a song called ‘Asfour‘ (bird), saying that the bird now symbolizes all those who are supporting the families of the missing and demanding justice. The song's lyric begin:

A bird stood at my window. And said “Oh, little one.
Hide me with you, I beg you.”