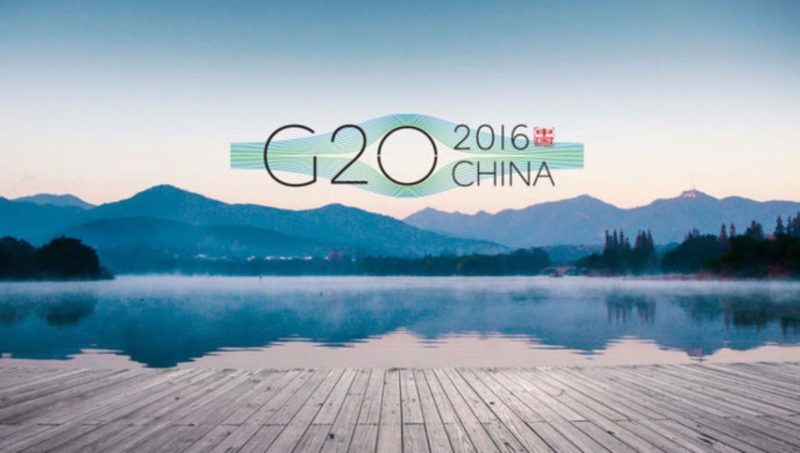 As government leaders around the world prepare to head for Hangzhou, China for the 11th G20 Summit, Hangzhou residents are being made to shutter their businesses, limit their time on main roads, and submit to full-body searches at security checkpoints throughout the city.

Set to take place on September 4 and 5, the summit will focus on the restructuring of global economic order and growth initiatives, including China’s Asian Infrastructure Investment Bank and the “One Belt One Road” regional infrastructure development project. China sees hosting the summit as an opportunity to establish itself as a key player in the global political economy and to further demonstrate the strength of its developmental model.

This means that Hangzhou residents, whether they like it or not, must comply with government efforts to present theirs as the best and safest city in the world.

Security is of the utmost concern. City officials have issued high security standards for all businesses — small shops and restaurants that cannot meet these are being forced to shut down. Security check points have been set up in all public facilities including bus stations, cinemas, and subway stations.

Since early August, military trucks and armed patrols have become a common sight on city streets. Below are some photos shared by Twitter users.

So apparently police in Hangzhou even have sabers to vanquish dastardly brigands from G20 summit. Via @chuandaoren pic.twitter.com/zDIPwj7F6B

To manage the flow of traffic on the roads, trucks and tractors have been banned from roads and delivery services have been obstructed. The city also is mandating that only half of the cars in the city can be on the road at any given time, using an “odd-even” car license plate restriction, which means car with odd-numebred plates can only travel on odd days and vice versa.

While some residents’ activities are being limited by security procedures, others are being made to leave altogether. The city has announced special holidays during the summit and some government affiliated work units and corporates have given subsidies to their workers to travel out of the city on vacation. And to make sure that no protesters show up in Hangzhou, petitioners and activists from major cities have been put under police detention or house arrest.

How are these measures affecting the daily lives of local residents? Public complaints have been criticised or attacked by online civilisation volunteers and at least one netizen has been arrested for spreading rumours about the summit. But independent news website China Digital Times managed to capture some stories shared in smaller social circles.

The grievances expressed by netizens make Hangzhou sound like one gigantic high-security airport.

I had to go through an isolated body search in the subway station. It felt like my body was being searched inside out. I was pinpointed because a certain part of my body is too big. What the hell!

Security check at subway, they even squeezed my hair bun [to make sure nothing was hidden in the hair].

Do you know what the G20 is? Just finished some business and bought a bottle of water. When I entered the high-speed rail, the security guy asked me to drink a sip. I choked and I was immediately surrounded by three police officers. I was scared to hell.

[As delivery service has been suspended] We can’t buy a paper cutter online. So I went to stationary shop, they can’t sell it. WTF!

Daily necessities also have become inaccessible. A mother on WeChat checked with her friend to borrow milk powder for her baby:

Would like to ask if you have some milk powder left behind? The Australia brand. […] You know powders and liquid could not enter Hangzhou because of G20. We have used up all the milk powder and could not place an order online. My baby only drinks that particular brand. Can you lend me one can? I will pay you back two cans later. My baby has lost weight over the past few days.

To make sure that the guests would not be affected by the security measures and could enjoy the tranquility of the ancient city, officials have also taken measures to present an aesthetically appealing scene in Hangzhou.

Since April, factories in and nearby Hangzhou have been shut down in an effort to ensure that the skies will be blue during the Summit. The summit reportedly also has recruited more than a million “hospitality” volunteers. Twitter user @beidaijin shared a photos of G20 Summit welcoming rehearsal:

Text in the Tweet: This is Hangzhou’s street scene. What the hell they are doing?

Epoch Times reported that more than a thousand women and girls will wear traditional Chinese long dresses in the opening ceremony of the Summit.

While actual tourists are forbidden from entering major touristic areas, the city has arranged for fake tourists to wander around the West Lake to decorate the touristic site. Twitter user @Weilinlu2 shared his friend’s “tourist” mission during the G20 Summit:

I was planning to travel to Guangzhou during the summit. But today I received an instruction from the management committee of the developmental zone. I was recruited to perform as tourist in the West Lake area. A woman and I will be a pair of lovers from Taiwan. The woman playing my girlfriend is a rich one from a big electronic company, I wonder if she's pretty.

If all goes according to plan, Hangzhou will become a dream-like theme park during the summit and the realities of the city — good and bad — will remain hidden until their esteemed foreign visitors have departed.