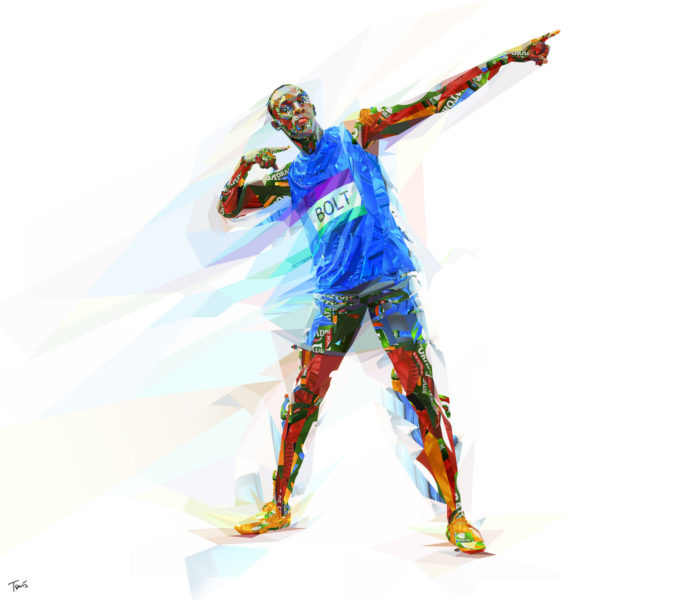 The afterglow of the Rio Olympics is just beginning to wear off, as life gets back to normal and “back to school” preparations begin in Jamaica. Nevertheless, the country is still enjoying and discussing the exploits of its track athletes, and in particular their iconic sprinter Usain Bolt.

Throughout the second week of the games, Jamaican social media was filled with celebratory tweets and photographs, focusing in particular on the “GOAT” (Greatest Of All Time) Usain Bolt, who achieved the “Triple Triple.” Sports journalist Andre Lowe wrote:

There can be no doubt that Usain Bolt is the greatest track and field athlete this world has ever seen, and, last night, the world watched as he won his ninth Olympic gold medal to secure a third consecutive triple gold-medal performance at the Olympic Games.

It has never been done before.

His nine gold medals take him to the top of the list of Olympic track and field athletes, and he signs off an Olympic career unlike any before.

On the last day of the Olympics, Jamaicans showered 30th-birthday wishes on their hero. Bolt responded on Instagram, writing:

Thanks for all the birthday wishes my peeps. I am beyond blessed to share my 30th birthday with you all. #Blessed

Almost immediately afterwards, UK tabloids threatened to spoil the party by sharing photographs and video of Bolt partying with girls at a nightclub and then alleged selfies (possibly photoshopped) of him in bed with another girl in Rio—all allegedly on his birthday night. While Jamaicans largely ignored the reports, many younger Jamaicans were particularly irritated about the focus on Bolt's private life. One wrote to the newspaper the Gleaner:

It is really disappointing that in 2016, an adult in full control of his faculties consensually kissing whomever he wants (and, perhaps, consensually engaging in intercourse with them) is a news item for more than 10 seconds. For some curious reason, we are obsessed with the sexuality and sexual activity of others instead of being invested in fixing the nation's problems. Priorities?

First, Omar McLeod's Olympic moment was soured by conversations and an unfortunate tweet from LASCO's Twitter account regarding his sexual orientation. Whether he is gay or straight is of no concern to anyone, and certainly not right after he won Jamaica's first gold medal in the men's 110m hurdles.

Now that the dust has mostly settled, persons are now turning up their noses at Olympic legend Usain Bolt for partying and womanising. This must be a joke.

I have never understood how people in a country with such a high rate of crime and violence can afford to be so judgmental and self-righteous regarding issues of sexuality.

This letter followed an earlier one expressing disapproval of Bolt's behaviour:

The circulation of pictures and videos of Usain Bolt with numerous women in somewhat compromising positions over the past few days is nothing short of disgraceful. As someone who is emulated by so many youth in Jamaica – and around the world – his recent behaviour depicts so much that is wrong with our society.

Role models carry a huge responsibility. Mr Bolt, despite all his money and fame, should be pulled aside and reminded of that fact.

It is sad that when persons criticise out of love, they are labelled as being ‘bad-mind’ or ‘haters’. The author of this letter does not fit either category, but I simply don't want Usain to become the ‘Emperor’ in the story flaunting his ‘new clothes’ where no one can criticise or guide him when he is veering so desperately off path.

Even former Prime Minister Bruce Golding, under whose watch Bolt received the Order of Jamaica in 2009, weighed in:

Bolt's management would clearly have dropped the ball, but he himself would have to take responsibility for his actions. Hopefully, this will be a wake-up call for him. I know he is smart and responsible enough to understand that he carries on his shoulders and in his persona the pride and adulation of millions of Jamaicans here and abroad, and I know him well enough to assert that he would never want to let them down. […] This can pass and I am counting on him to make it pass.

Veteran journalist Barbara Gloudon wrote on a wistful note in her weekly column:

Our hero was winning all the way up to last Sunday night. His supporters were witnessing “nuff respect” from Rio to the end of the world, because the real Big Man never ‘ramp’ when it came to striking gold. Now, our hero has found himself mixed up in a tacky scandal, distracting from his great triumph, which he earned so well, just as we expected.

There was our hero, gold to the core, descending from the heights of success to a sleazy game. The gossip magazines are abuzz and social media is afire. The latest news is that he is currently in London, where he is partying so tell with lotta damsels, en route to another marathon round.

Is my hero taking everybody for a ride, or are they messing with him? Maybe, but not everybody takes it for a joke. Nobody is expecting him to enter the priesthood, forgetting how to party and have a good-good time. But, do Bredda, nuh mek dem tek you mek poppyshow. They will do it! If Marcus Garvey was here, he would remind you how they work it.

One thing I would ask of my hero. At age 30, he is no longer a yute. Do, brethren, you mean nuff and plenty to us. We want to see you, our bright-bright star, for as long as you can shine. Protect yourself, brother. Rise up! All a we want nothing but the best for you. Yeah, man! All a we and you a cousin! So, shine for all a wi!

So Usain, guess what, you are different. You are not like the common man and the faster you realize that what you do is now everybody’s motivation , the quicker you will realize why this latest social media hype can be a cost in the long run that you will regret.

You are young and a wealthy man but don’t ever think that the hand that put you on a pedestal cannot break you down. How many times have we seen this happen to athletes like yourself? You are 30 years wiser. Use it. Enjoy yourself to the max, but do not give more than what you want them to see. Be careful of how you use that light that shines on you every second of the day.

With every thing comes a price and guess what buddy, being a legend has its price. If you are not prepared to pay it, then watch your legacy fade away…

Do not compromise your legacy Usain. If you keep searching for Adventure, it is ridiculously easy to find but weigh the cost Usain, as you will have to pay for the ride.. Do not get over exposed. Stay humble even when you are partying. You are not like any other man. Know that , accept that and live your life accordingly.

Talent is God given. Be humble. Fame is man-given. Be grateful. Conceit is self-given. Be careful. John Wooden

Aside from Bolt's brush with scandal, the country is also debating how best to celebrate the runner's historic achievements. Columnist Reverend Devon Dick suggested a national holiday:

August 21, Usain Bolt's birthday, should be declared a national holiday. Bolt's unprecedented winning of the 100m, 200m and 4x100m races at three consecutive Olympics needs to be etched into the memory and psyche of every Jamaican. It speaks to our determination and resilience. It demonstrates that ‘we likkle, but we tallawah’. It reminds us that we are capable of being the best in the world. It encourages us to give of our best at all times. It shows the world that we are confident in our God-given abilities.

Usain Bolt is now most surely the greatest sprinter who has ever lived. Named among sporting greats such as Muhammad Ali, Michael Jordan, and Pele, the Guardian newspaper calls him “a colossally potent figure in sport's modern history”. For the rest of the world, Usain Bolt is an icon simply a legend.

How can Jamaica properly honour and truly celebrate the magnitude of the achievement of its latest global superstar?

Usain Bolt is undoubtedly one of the heroes of the modern era. He stands on the backs of others equally deserving of national hero status such as Bob Marley, Michael Manley, and Louise Bennett. Jamaican authorities must provide the nation with historical continuity by immortalising contemporary achievers of greatness. It must give young people modern heroes to learn from and model.

Modern heroes such as Usain Bolt (as well as Bob Marley) have transformed the Jamaican society, compelling a new national self-confidence, nudging us to see ourselves differently, greater.

One fan tweeted this suggestion:

Where to build a Bolt monument isn't a simple matter, however. The residents of the sleepy rural district of Sherwood Content, where Bolt was born, want the statue built in their town..

Despite the controversies, the leading regional telecom Digicel quickly reasserted its faith in Usain Bolt by tweeting:

Digicel has sponsored Bolt since 2004, when he was just out of high school.

Even British Prince Harry, who staged a “race” with Bolt during a past visit to the island nation, shared his congratulations on Bolt's feats in Rio:

Congratulations @usainbolt – now you're officially the greatest you might be ready for a re-run! 😉 Happy 30th -H. pic.twitter.com/Wa0yOZMDc2

All this praise aside, an even greater outpouring of public support is likely, when Bolt finally returns to Jamaica.

Antigua and Barbuda  5 days ago 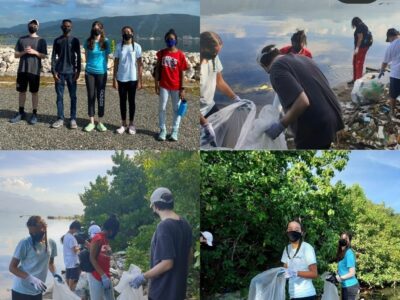