Nigeria: Curbing the Tide of Ethnic Hate — Online and Off 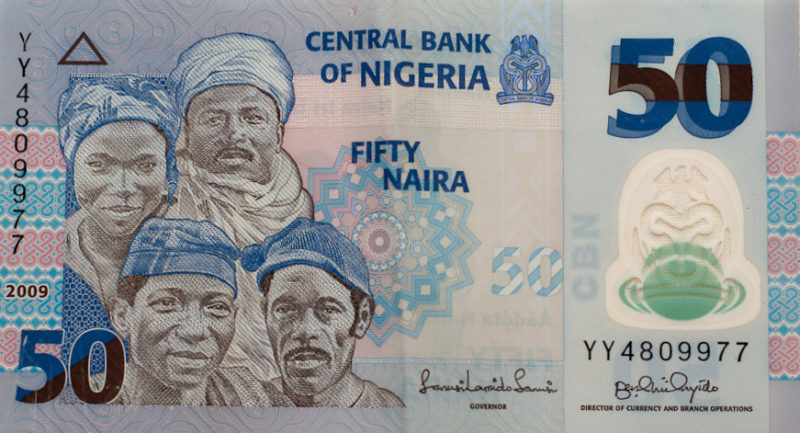 The right of citizens to talk, to express opinions, and to keep tabs on governance is an inherent aspect of any democratic culture. But conversation spaces have long expanded from pubs and other physical spheres to include digitally mediated online public spaces. My country, Nigeria, is the most active African country for political conversations on Twitter, followed by South Africa, Ethiopia, Burundi and Egypt. Our vibrant digital sphere, however, is fraught with hatred and vile speech.

A good portion of the hate speech in Nigeria is ethno-religious. With over 250 ethnic groups and 500 languages, the country has a history of conflict dating back at least to 1914, when Great Britain joined the colonial territories of Southern and Northern Nigeria to create a single state. Ethno-religious conflict continued to bedevil the nation after independence in 1960, though draconian laws suppressing free speech and association during the decades of military dictatorship kept the situation relatively in check.

But it was the peace of a graveyard. The 28 years of military intervention in fact aggravated the ethnic divide by bringing ethnic rivalry to the forefront of national life. Everything was viewed from the prism of us versus them.

“The 28 years of military intervention in fact aggravated the ethnic divide by bringing the negative forms of ethnicity to the forefront of national life. Everything was viewed from the prism of us versus them.”

Nigerians were thus hopeful at the return of democracy in 1999. The ethnic tensions that had characterized the country’s politics—with the annulment of the June 12, 1993 presidential elections by General Ibrahim Babangida, and the truncated self-succession attempt by late General Sani Abacha—seemed to have been neutralised by the election of President Olusegun Obasanjo. The national mood at that time appeared to be a fulfillment of some part of the old national anthem: “Though tribe and tongue may differ/In brotherhood we stand”.

Sadly, this hope was short lived. The spectre of ethnic rivalary was resuscitated with the constitution of the Human Rights Violation Commission (Oputa Panel), in which different ethnic groups sought justice for perceived crimes against them. The macabre tales that flowed from the various petitions showed that the old wounds and bottled-up grievances were far from healed.

Party politics in Nigeria has no ideological foundation. A lust for power and looting the public till is the only unifying factor. Thus civilians who have aided the military, retired soldiers, and their cronies continue to dominate party politics. This makes the problem of ethnic conflict even more intractable, as those who wield power have a vested interest in maintaining the status quo.

For social media and its influence on Nigerian politics, the turning point was the 2015 presidential elections. Digital media asserted itself as the new medium of choice for political parties seeking to influence public opinion and canvass votes. While social media may not yet be a primary factor in determining elections outcomes or propelling electoral campaigns, almost half of Nigeria’s population—46.1% of a population of 170 million—now has Internet access, and for the 18-35 age group, social media do play a major role in influencing political choices.

“The influence of Nigerian online “overlords”, who can influence the opinions and actions of their numerous followers regarding topical issues, has transformed social media into a very effective amplifier of hate speech…”

Like any communications tool, the internet can be the purveyor of both the good and the ugly. It has also been shown to be something of an “echo chamber”, a space where individuals connect and associate primarily with people similar to themselves. The influence of Nigerian online “overlords”, who can influence the opinions and actions of their numerous followers regarding topical issues, has transformed social media into a very effective amplifier of hate speech, and the ability for users to remain anonymous exacerbates this.

During the 2015 election campaign period, ethnocentrism flourished on social networks. A research study in which I was involved did content analysis of 250 tweets bearing the #Igbo hashtag, referring to the Igbo people of southeastern Nigeria—one of the country’s three main ethnic groups. [Full disclosure: I’m Igbo]. The findings were alarming. We found a prevalence of derogatory, mocking tweets blaming one ethnic group for not voting for President Muhammadu Buhari. The findings were reinforced by the official results released by the national electoral umpire, which showed that voting in the 2015 elections occurred along ethnic lines.

Nigeria is hardly the only country in the world where ethnic divisions appear to be deepening. The US is currently grappling with the most decisive presidential election in the country’s history, in which one of the candidates has turned hate into a weapon for canvassing votes. The UK’s #Brexit referendum in June is alleged to have been propelled by the bitterness of some Britons with regard to immigration. And here on the African continent, ethnocentric hatred was instrumental in the violent clashes that occurred after the 2007 elections in Kenya, and was propagated largely through digital technology.

“…preserving the right to freedom of speech….becomes even more important in light of the fact that the online space on the African continent is already jeopardized by government interference.”

The essence of participatory democracy, however, means that preserving the right to freedom of speech online is incontestable. This becomes even more important in light of the fact that the online space on the African continent is already jeopardized by government interference.

The detention of a pro-government blogger here in Nigeria; the assault on digital media in Ethiopia; the imprisonment of dissidents in the Gambia; the social media blackout imposed during the recent Ugandan elections; moves by the governments of Uganda and Nigeria to impose stricter controls for social media: these all demonstrate the lengths to which states will go to suppress free expression in the online space.

We cannot afford to self-immolate or to hand our rights over to hawks looking for any excuse to subvert free speech, either online or offline. But Nigerians also need to guard against the hijacking of public conversation by forces which promote division.

A practical solution would be to adopt the report of the 2014 National Conference (#NGConfab). As imperfect as it is, one of the recommendations of the #NGConfab was the rotation of the office of President between the North and South through the country’s six geo-political zones (North East, North West, North Central, South East, South West and South-South). An arrangement like this could go a long way toward curbing the tide of ethnic hate and its attendant bile, in political conversation—both online and offline—in Nigeria.