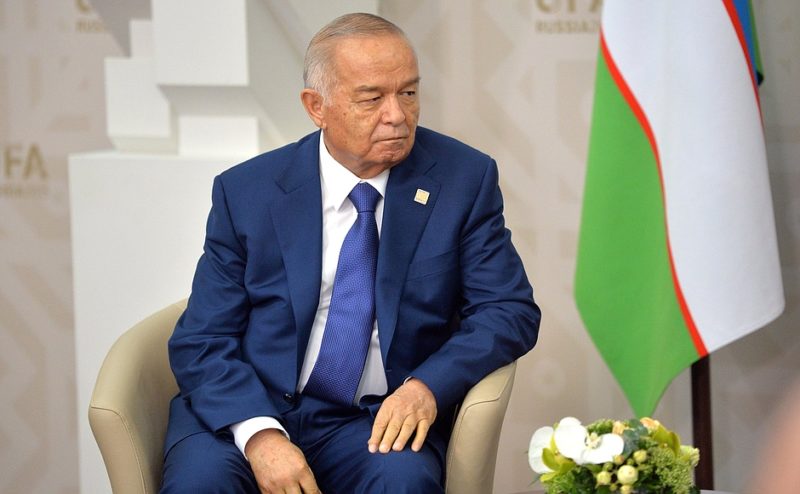 Uzbekistan's 78-year-old President Islam Karimov appears to be very ill indeed after his government took the unprecedented step of confirming that he had been hospitalized on August 28.

Although there is no official information about his illness — rumours have suggested a stroke or heart attack — Uzbekistan will be on edge ahead of celebrations marking a quarter of a century of independence for the Central Asian country next week.

For the first time in 27 years, Karimov is not in control of Uzbekistan.

On Fergananews.com, which broke unconfirmed reports of a stroke in the middle of the day, commenters were speculating about a potential life without the man that has ruled the country since before the break up of the Soviet Union and is credited as the architect of one of the world's worst human rights records.

We are now talking only about the chance of saving Karimov's life, because there is already no question about whether he can lead the country. He is finished. You cannot recover from a stroke and return to work in a normal condition. Most likely Uzbekistan will have elections this autumn. That is, of course if some imposter doesn't just grab the president's seat…

Karimov has no obvious successor after ties with eldest daughter Gulnara Karimova reportedly soured so sharply that she is being kept under house arrest in the country.

Karimova, a popstar and perfume designer “princess” who international investigators are probing for corrupt links to telecoms operators which won contracts in the country, was one of the few public figures in Uzbekistan well-known beyond its borders.

While Uzbekistan did not make out of old Karimov a leadership cult on the scale seen in neighbouring Turkmenistan or even in Kazakhstan, there is no question that the regime's identity is tied up in his persona, raising fears of a power vacuum and instability once he leaves power.

For the last few years, every Nowruz (spring equinox festival marked in Iran and across Central Asia), Karimov would dance a traditional dance in front of journalists and diplomats, largely, it seemed, to prove he was still fit.

Now there is a sense of disbelief that he may not dance again:

Islam Karimov, president of Uzbekistan has been hospitalized. This has to be fake. The president is eternal!