August Was Another Month of Tragedy for Turkey's Besieged LGBTQ+ Community 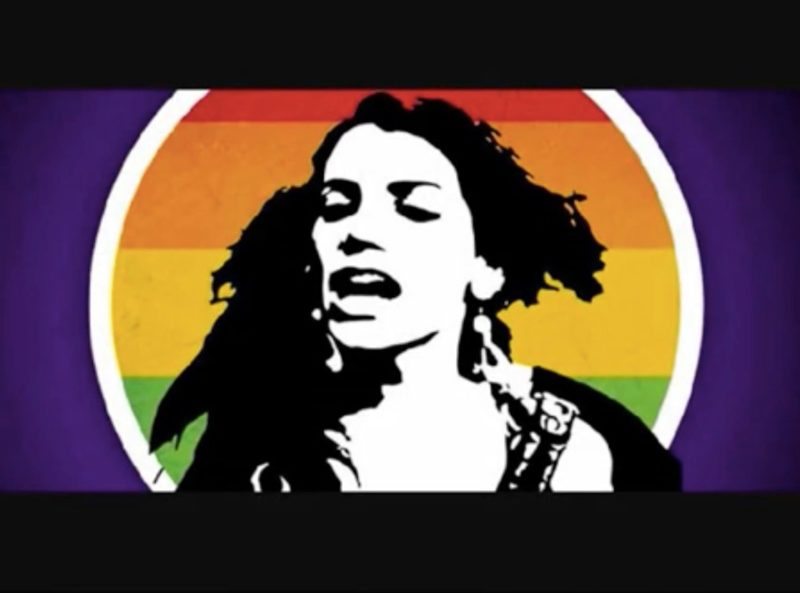 Hande Kader as depicted in a video uploaded by YouTube user lellebel020.

In the past two years, Turkey's LGBTQ+ community has gained increased international attention, primarily due to the violent response to Istanbul's Pride marches on the part of the city police.

Now, a little over a month after Trans Pride and general Pride marches were banned altogether, Istanbul's LGBTQ+ community is reeling from the shock of two brutal murders.

The victims were a gay Syrian, Muhammed Wisam Sankari, who was found beheaded and mutilated on July 25, and Hande Kader, a Trans sex worker and activist who had been missing since August 6 and was found dead a few weeks later, on August 17.

The deaths of both Sankari and Kader have provoked a powerful response from Turkey's LGBTQ+ community, some of whom gathered to protest in Istanbul's central Tunel Square August 21.

Oguz, 25, who participated in the protest and did not wish to use his second name, told Global Voices that “everybody was so sad, angry and wasn't afraid of standing there and protesting.”

He noted the “bigger portion of the crowd consisted of Trans people.”

Participants in the protest shout: “Hande Kader is here, where are the killers?

Kader's death trended on social media, appearing under the hashtag #HandeKadereSesVer (‘Speak out for Hande Kader’).

Another Trans woman has been killed, by burning as well. For #HandeKader don't be silent, we won't be silent. #TransMurdersArePolitical

#HandeKaderLaw Muhammad Wisam Sankari was murdered by beheading. A sexual identity-based crime is a hate crime!

Both deaths highlight a central truth for Turkey's LGBTQ+ community.

Despite homosexuality having never been illegal under Turkish law, activists have repeatedly noted that the Turkish state offers little protection to LGBTQ+ individuals.

This isolation is particularly pronounced in the case of Trans people. Marginalized and discriminated against in the local labour market, Trans women in particular have been drawn towards sex work.

And while sex work is legal in Turkey when conducted in authorised brothels, Trans people are usually unable to obtain licenses.

A few days after Kader's murder, another Trans woman committed suicide in Izmir.

Azize Omrum was also a sex worker, and not by choice. Omrum had wanted to be a chef, but “the system did not let her work in another job.“

In 2013 Turkey's first asylum law was passed, however the country has yet to institute a law recognising refugee status and the protective rights that this usually affords.

Sankari's friend Diya claimed that both the UN and ASAM did nothing to help him.

Five months before his murder, Sankari had been kidnapped and raped by a group of men. In previous months, his flatmates, who all identify as LGBTQ+, had been forced to move houses due to threats.

After Sankari's kidnapping, the group had complained to the police, who did nothing in response.

On the evening of July 23, Sankari told friends he would only be gone for “15-20 minutes.”

Two days later, friends that had pleaded with him to remain at home were forced to identify him by his trousers.

Many LGBTQ+ Iranians come to Turkey as refugees, with a great number holed up in Kayseri, waiting for an opportunity to cross to Europe.

While the deal between the EU and Turkey legitimised Turkey as a safe country for refugees, most in Turkey's LGBTQ+ community do not agree with that assessment.

Sankari had wanted to seek asylum in a European country, but the EU-Turkey deal means many Syrians like him feel stuck in Turkey for the foreseeable future.

Unable to leave, he was reportedly suffering with depression amid continuous threats to his life.

The lack of safety for LGTBQ+ refugees was also highlighted recently by the suicide of a gay Iranian woman in south-west Turkey.

An Iranian NGO based in Canada, The Iranian Railroad for Queer Refugees, assists in helping refugees apply for asylum in Western countries, but the resettlement process through the UN often takes up to three years, with the exodus from war-torn Syria extending delays.

IRQR states that although hundreds have been successful with their help, some LGBTQ+ refugees “succumb to the harsh realities of mental illness and take their own lives” before the process is completed.

Standing up for Hande, who always stood up for others

Turkish LGBTQ+ activists have made it clear that this latest round of violence against the community is nothing new.

In a report published by advocacy group Transgender Europe, Turkey was listed as having the highest number of murders of Trans people in Europe.

After Kader's murder, many LGBTQ+ activists in Turkey are questioning the silence that surrounds Trans killings.

While hundreds gathered to protest her murder, these protests have been compared to the thousands who came out onto the streets after the murder of Ozgecan Aslan, a young woman killed last year in Mersin.

Activists in Malatya listed the names of seven others who were murdered for being Trans in recent times, while another activist, Nurcan Baysal, brought to attention the suicide of Eylul Cansin, a Trans woman who jumped from Istanbul's Bosphorus bridge last year.

While Trans advocacy groups exist in Turkey, Oguz feels they are not integrated within the wider LGBTQ+ community.

“A portion of the community even has transphobia,” she told Global Voices.

Kader herself had previously been stabbed and was last seen entering a client's car.

Her friends noted that she did not want to be a sex worker, but had no other choice to earn a living.

One highlighted her formidable bravery as an activist:

She would go crazy when trans individuals were killed. She’d be so sad. She’d be so courageous the moment she left the house. She’d also be very restless sometimes. She had been stabbed and beaten before. This doesn’t happen only to Hande, it happens to all of them.

I watched #HandeKader confront police in Istanbul during the crackdown on pride in 2015 online. What a loss for the movement #Turkey

Below is the video Twitter user Kyle Khandikian refers to.

Kader is captured sitting to the right of her friend in front of a police van.

After surviving water cannon fire, police manage to disperse the pair with a volley of tear gas. 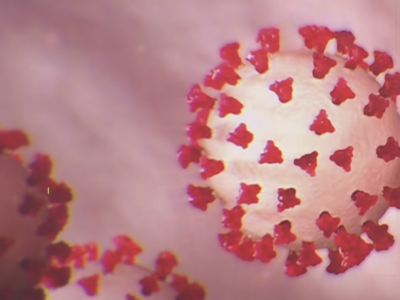 As Turkey rolls out its own COVID-19 vaccine, questions loom over its efficacy