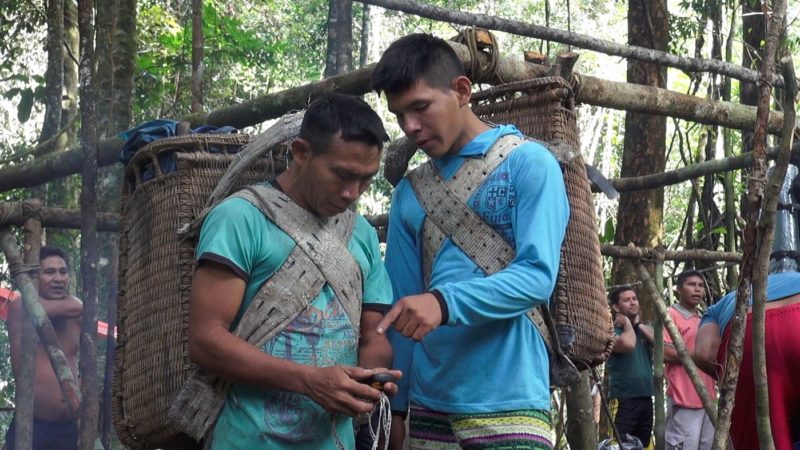 An unprecedented expedition to Brazil's highest mountain aims to prepare a trail for ecotourism. Photo: Guilherme Gnipper/Funai, published with permission

This story by Marcos Wesley was originally published on Medium by Instituto Socioambiental [1], and is republished here as part of a partnership with Global Voices.

If climbing Pico da Neblina (Mist Peak) is already an exciting experience, imagine the journey guided by a Yanomami shaman who spent his or her entire youth right beside the mountain?

“This place was our house and we called it Irokae (the cry of the guariba monkey)”, says shaman Carlos Yanomami in his own language, pointing to the forest, where his relatives lived in a home, having parties and practicing rituals, 60 years ago.

Climbers all over the world know about Pico da Neblina. With a summit 2,995 meters (almost 10,000 feet) above sea level, it's Brazil's highest mountain. Nestled in the middle of the Amazon forest, it's been closed off for visitation since 2003 on a recommendation by the federal prosecutor's office and a decision by IBAMA, Brazil's environmental agency. Some climbers were frustrated to lose access to the mountain, but policymakers argue that something needed to be done to halt the region's environmental degradation and to protect the rights of the Yanomami.

The Yaripo Ecotourism project, developed by the Yanomami with the support of the Instituto Socioambiental (Socio-Environmental Institute), should put an end to the visitation restrictions. Starting in 2018, the hiking trail is scheduled to be reopened and managed by the Yanomami themselves. With controlled access, tourists will be able to learn about Yanomami culture, enjoy their hospitality, and bolster a respect for both the Amazon and its native inhabitants. 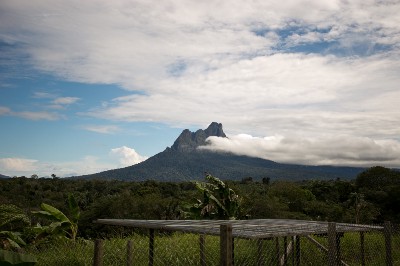 A mountain in the proximity of Pico da Neblina. Photo: Guilherme Gnipper/Funai, published with permission.

This July marked the completion of the reopening's first stage: an expedition of 32 people walked for ten days all the way to the summit of Yaripo, as the Yanomami call the mountain, to investigate and map the conditions of the trail. Besides Carlos, another 18 Yanomami were part of the team, 16 of them men and two women, Maria and Floriza. They are training to monitor the trail and to work as guides, porters, and cookers, and to manage the ecotourism project that they plan to develop. Representatives of ICMbio (Brazil's conservation agency), the public prosecutors office, and the Brazilian army also took part in the expedition.

Packing GPS trackers, cameras, and a lot of interest, the explorers listened to shaman Carlos’ stories while walking the 36-kilometer (22-mile) trail, which begins at the village of Igarapé Tucano, at the Yanomami indigenous reserve, near the town of São Gabriel da Cachoeira in the Brazilian state of Amazonas.

While overcoming large distances and difficult terrains, the indigenous group marked the places where they spotted animals or their tracks, places with drinking water, parts of the trail that need improvement, and the most adequate places for the construction of overnight camping grounds. The team also identified the most environmentally sensitive areas.

Maria Yanomami, 52, made history by becoming the first Yanomami woman ever to reach the summit of Yaripo. Her trail companion, Floriza Yanomami, however, couldn't finish the walk out of respect for and fear of her own traditions: the day before she would have reached the summit, she got her period, and so she turned back, rather than break custom and risk upsetting the spirits who live at the summit. If she had completed her journey while menstruating, according to tradition, she could have endangered the lives of everyone in her travel group.

The Yaripo Ecotourism project is expected to provide an alternative form of income to the Yanomami, who need resources to buy manufactured goods of prime necessity: agriculture tools, kitchen utensils, bedding, and clothes. 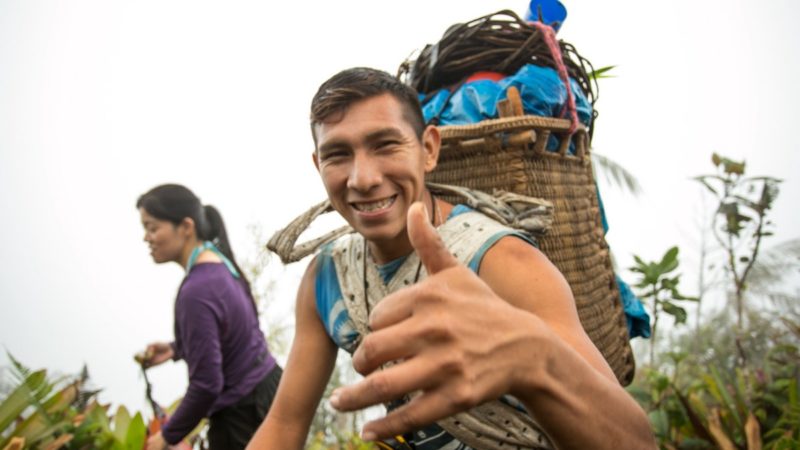 A young Yanomami who took part in the expedition to Pico da Neblina. Photo: Guilherme Gnipper/Funai, published with permission.

With the implementation of a community-based ecotourism project, 80 Yanomami are expected to receive income by providing regular services to visitors, indirectly benefiting 800 people among their relatives and dependents.

The trail's development should also benefit the AYRCA community association, in which all Yanomami people take part.

When Yaripo is finally opened to tourism, the stories of Carlos Yanomami and his people will gain new life, and visitors to Pico da Neblina will spread them across the world.

The Yaripo Ecotourism project is looking for supporters. If you're interested in supporting this initiative or want more information about it, please send an email to marcos@socioambiental.org.