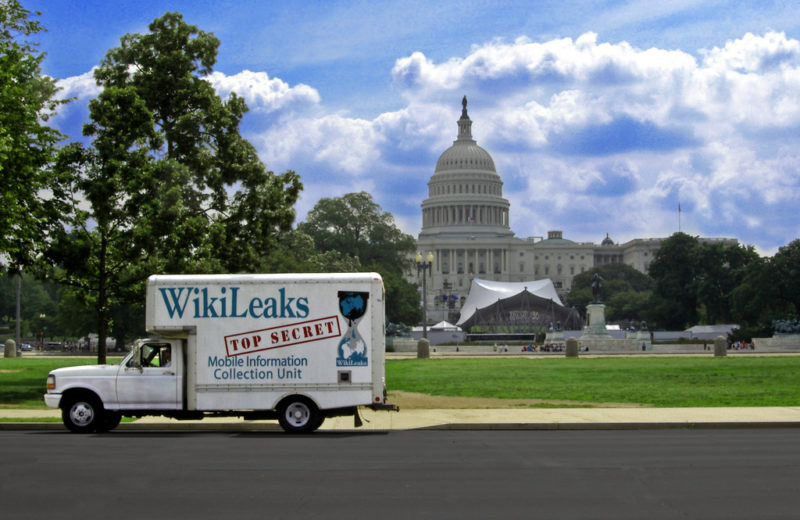 When pro-transparency website WikiLeaks published over 61,000 documents from the Saudi Ministry of Foreign Affairs, they exposed communications and classified information providing valuable insight into the inner workings of Saudi foreign policy. They also published at least 124 private medical records and other information belonging to private citizens, according to an August 23 report by Associated Press.

Two of the medical reports named teenage rape victims. Another document exposed the identity of a Saudi citizen who was arrested for being gay, which AP called “an extraordinary move” for a country where gay people are routinely subject to social exclusion, imprisonment, torture and even death.

Many people immediately took to social media to voice their outrage. Joey Ayoub, Global Voices’ MENA Editor, wrote that for some people, the leaks could be a matter of life and death.

Historian and archeologist Sara E. Palmer called it doxxing, referring to the practice of publishing someone's personal information (such as address, phone number, state ID number) without their permission, often with a malicious intent.

This isn't a fight for truth any more, it's just doxxing. Incompetent doxxing. https://t.co/D6BLwvH6vv

WikiLeaks rose to fame in April 2010, when they released gun-sight footage of two US Apache helicopters in Baghdad from July 12, 2007 airstrike that killed around 12 people, including two Reuters journalists. The video was called “Collateral Murder“, and it instantly became front-page news, elevating WikiLeaks to international fame.

This penchant for exposing abuse of power, corruption and lack of transparency has earned WikiLeaks many supporters. In the past, representative of the organization emphasized their efforts to protect private citizens from undue harm that could result from such leaks.

But as the organization has faced increasing pressure, as well as increasing success, more examples have emerged demonstrating a disregard for the privacy of individuals who are not public figures.

So now @wikileaks publishes people's medical records. And shrugs it off. Anyone still thinks this is a Good Thing? https://t.co/rnr6cz8HNY

On July 22, 2016, they published thousands emails from the servers of the Democratic National Committee in the US that revealed internal democratic party efforts to undermine the campaign of Bernie Sanders in favour of Hillary Clinton's campaign. However, they also included full names, addresses, phone numbers, passport details and social security numbers of a number of party donors. Two of the people named told AP that they were targeted by identity thieves in the aftermath of the leaks.

In another instance, WikiLeaks released hundreds of emails from Turkey's AKP party, the party of current president Recep Tayyip Erdoğan. The emails were combed by Turkish journalists and activists, who found that they were largely devoid of any “newsworthy” information. Beyond this, Turkish new media scholar Zeynep Tufekci reported:

WikiLeaks also posted links on social media to its millions of followers via multiple channels to a set of leaked massive databases containing sensitive and private information of millions of ordinary people, including a special database of almost all adult women in Turkey.

It's also worth mentioning, as Global Voices Advox project reported last year, that at least some of WikiLeaks’ indiscriminate mass leaks have included malicious files that can put any viewer of the documents leaks at risk. Both the AKP leaks and the Hacking Team emails released in 2015 contained malicious software.

Human rights advocates have sought to hold WikiLeaks to account for these acts. Following the Afghan War Diary leak, Amnesty International and other human rights groups requested that WikiLeaks redact the names of Afghan civilians working as U.S. military informants from files they had released, in order to protect them from repercussions.

Assange's response to the human rights groups was, “I'm very busy and have no time to deal with people who prefer to do nothing but cover their asses.” As more and more people come under threat from Wikileaks’ policy of indiscriminate leaking, it remains unclear whether Assange could see the inherent hypocrisy in that statement. What is clear however, is that WikiLeaks no longer has the popular support it once had.