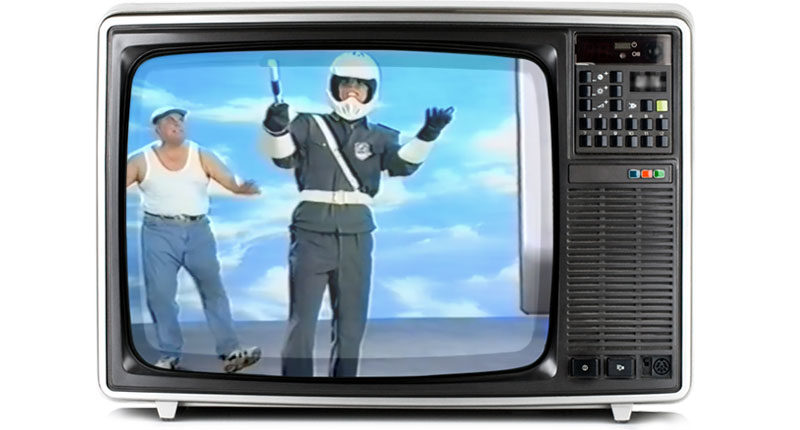 Next month, on September 18, Russian voters will head to the polls to decide who gets the 450 seats up for grabs in the State Duma—the lower house of the federal parliament. While Duma hopefuls have been busy collecting signatures and mobilizing their support bases for months already, formal political advertising was prohibited until August 20 (twenty-eight days before the actual voting, with campaigning banned again on the day before the election). Second only to the presidential election, the competition for Duma seats is the most important political contest in Russia.

As the country straps in for the final three weeks of campaigning, RuNet Echo looks back at the most memorable political advertisements in Russia over the past two decades, highlighting some of the strangest, silliest, and scariest videos put out by politicians seeking elected office.

We’ll start with what could very well be the worst advertisement by a politician ever made. An inconceivable 11 minutes and 20 seconds long, this ad is a musical number featuring a dancing police officer, a tap-dancing professor, a singing pilot, and a whole lot of other people singing, dancing, dance-fighting, and generally just bouncing around.

The video didn’t stop 5.5 million people from voting for Yavlinsky, however, but it wasn’t enough to get the liberal opposition candidate into the runoff vote against Boris Yeltsin, who defeated Gennady Zyuganov on July 3 and kept his job as Russian president.

Founded in 1995 by then Prime Minister Viktor Chernomyrdin, “Our Home” was a one-time political vehicle for the Yeltsin administration. It ultimately dissolved and merged with “United Russia,” the country’s current ruling political party.

In 1995, however, Nash Dom had just been founded, and it fashioned itself not as an insider force, but as new blood for a legislative body with too much squabbling and clownery. The beginning of the video shows mayhem on the floor of the Duma, with deputies fighting, reading books with swastikas, and acting generally stupid. The rest of the ad is a mix of industrial footage and Chernomyrdin speaking from an impressive-looking office (don’t miss the dramatic removal of his reading glasses).

Four years after trying to win over voters with a musical campaign, Grigory Yavlinsky chose a very different approach in his presidential TV spots in 2000. The advertisements recycle the same theme in different nightmarish near-future scenarios: two prisoners sit in what appears to be a post-Soviet Gulag; two soldiers dodge bullets and fire back at an unseen enemy; a man and woman wait in a panicked food line. In every setting, one person asks the other who they voted for in the recent election. The second character says they were against all the candidates and skipped the election. Lamenting the decision not to vote, the person then says, “I should have voted for the economist—that Yavlinsky fellow,” implying that a Yavlinsky defeat would bring about internment camps, war, and bread lines.

Hardcore though the advertisement was, it couldn’t resuscitate Yavlinsky’s political career. He got 1.2 million fewer votes than in 1996, and Vladimir Putin won his first presidential election with ease.

While Yavlinsky’s 1996 song-and-dance pitch for the presidency is dated and unbearable today, it was a video in 2003 by SPS that was more immediately damaging. Featuring Russia’s so-called “young reformers” of the 1990s, the ad shows Anatoly Chubais, Boris Nemtsov, and Irina Khakamada aloft in a private luxury jet, discussing matters while typing on a laptop. The video was meant to emphasize the “personal success” of the party’s leadership, but Russians widely mocked the ad for demonstrating the candidates’ wealth and alienation from ordinary voters.

In 1999, SPS entered the Duma as the parliament’s fourth-largest party with 29 seats. In the 2003 election, however, it only narrowly remained in the Duma, winning just 3 seats. (In 2008, a year after failing to win any seats in the 2007 election, SPS formally disbanded.)

“Let’s Clean the Trash From Moscow!” is one of the most infamous political advertisements in Russian history. The video generated so much controversy that it was actually banned and Rodina was barred from the election, following a complaint by a rival party, claiming that the ad incited ethnic hatred.

The video shows dark-skinned Caucasian immigrants tossing watermelon rinds to the ground, complaining about a passing Russian woman pushing a stroller. Party leader Dmitry Rogozin and Yuri Popov, a pro-Rodina Moscow City Duma member, then approach the immigrants and tell them to clear out.

Rodina later collapsed as a political party (reviving in another form in 2012), and Rogozin went on to become Russia’s ambassador to NATO. In 2011, he was appointed to serve as deputy prime minister, in charge of the country’s defense and space industry.

By 2011, United Russia was the country’s dominant political institution. In the 2007 elections, the party gained a “supermajority” in the Duma, granting it the power to pass amendments to the Russian Constitution (paving the way for an extension of presidential terms from four to six years, which Vladimir Putin is currently serving).

Voter fraud in the December 2011 elections would later spark enormous street protests in Moscow, but United Russia’s campaign efforts focused mostly on overcoming declining popularity among the public, fueled in part by anti-corruption activist Alexey Navalny, whose epithet for United Russia—“the party of crooks and thieves”—gained common currency in the national political discourse.

In response to the criticisms of the anti-Kremlin opposition, several sleek YouTube videos appeared defending United Russia. The advertisements were released unofficially—ostensibly by ordinary supporters of the party—but the videos’ production value suggests a professional hand.

In another advertisement rumored to be the creation of pro-Kremlin youth activist Robert Shlegel, a man and woman appear to have sex in a voting booth. There’s no dialogue in the video, but the message appears to be that young, attractive people like to vote. And they like to vote for United Russia. And they like to have sex together in the booth while voting for United Russia. Shlegel never admitted to producing the advertisement, but he did say the video was “very creative.”

Nobody in Russian politics entertains quite as well as Vladimir Zhirinovsky. By 2012, the man whose party, LDPR, won 12.3 million votes in 1993 was now thoroughly transformed into a loveable, bile-spewing public clown.

In one of his 2012 presidential campaign advertisements, Zhirinovsky is seen whipping a donkey that refuses to pull him through the snow. “This lousy little donkey is the symbol of our country!” Zhirinovsky tells viewers. “If I become president, we’ll again have a valiant troika.” The video ends with the awkward slogan “Zhirinovsky and it will be better!”

Anti-corruption activist and liberal-nationalist politician Alexey Navalny gave the Kremlin-appointed mayor of Moscow a run for his money in 2013. Navalny has since been convicted of multiple crimes and sentenced to years and years of probation, barring him from participation in future elections.

The oppositionist did get his moment in the spotlight, however, when he narrowly missed forcing a runoff vote against incumbent Moscow Mayor Sergei Sobyanin.

In August 2013, saying he acted entirely on his own, film editor Maxim Perepelkin famously published an animated viral video in support of Navalny’s candidacy. The video’s premise is that Moscow election law states that voters can add any symbol they wish to their ballots to indicate support for a candidate. Perepelkin’s montage shows cats, flowers, fish, and all manner of objects and creatures dancing on ballots cast for Navalny. Just in case viewers weren’t sure this was a hipster appeal for the next generation’s candidate, Perepelkin set the whole video to a song by the English rock band The Leisure Society. The ad ends with one of Navalny's campaign slogans: “One for all, and all for one.”

Last year, Russia held off-season regional elections throughout the country. The offices at stake were generally lower on the scale of political power, but the political party A Just Russia brought its A-game to at least one campaign ad.

In the video, an elderly woman comes to City Hall, seeking out her elected officials. She’s startled to find, however, that everyone is actually a bear—an unsubtle nod to the dominance of United Russia, whose party logo is a bear.

At the end of the ad, the woman turns to a janitor and asks, “Are there any people here at all?!” Tapping on her head angrily, the janitor answers, “And where would they come from? You should have thought about who you were voting for!”

How did you like our list? Did we leave out a Russian campaign ad that you think deserves to be here? Leave a YouTube link and description in the comments!