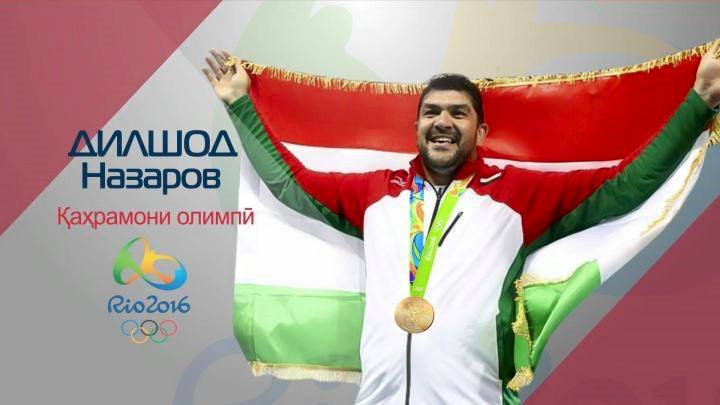 As Tajikistan prepares to welcome home its gold-winning Rio 2016 athlete Dilshod Nazarov, Global Voices reminisces over this and other sporting achievements the small, mountainous, Central Asian country has recorded over the course of its fraught 25-year independence.

If you read Global Voices, you might already have heard of this one.

Hammer-thrower Dilshod Nazarov was a son of the civil war that raged in Tajikistan from 1992 to 1997 — his father was killed fighting in 1996 when he was only 15 — and his incredible victory at the Rio Olympics in some ways marked the long and difficult journey into peace that the country has made since the war's end.

The 34-year-old deputy chairman of the state Youth, Sport, and Tourism Committee of Tajikistan was the country's standard-bearer at the Games and its best chance of a podium finish, although few could have predicted he would upend all of his more fancied rivals to take gold.

In a rare move, the country's veteran President Emomali Rakhmon began his morning with a phone call to Dilshod to congratulate him, while municipal officials in several cities hung up huge banners bearing an image of Dilshod’s smiling face with the country’s flag wrapped around his neck.

Tajikistan's opponents-in-exile meanwhile even ceased for a day an otherwise endless stream of criticism of the government to honour the achievement, as Nazarov's family home was mobbed by well-wishers.

Nowhere was the hubbub more visible than on Tajik sections of social media, where support has been building ever since to recognise Nazarov as a National Hero of Tajikistan. 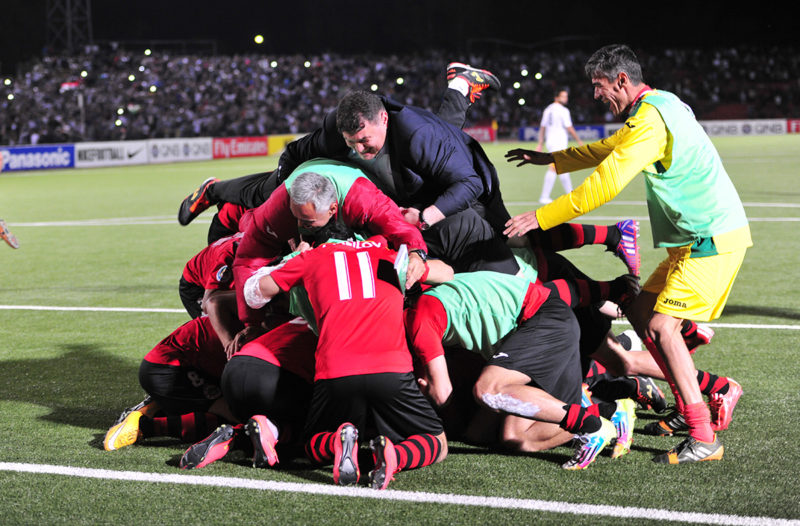 FC “Istiqlol” after one of victories at the AFC Cup 2015. The picture is from the official web-site of the FC “Istiqlol”

When the perennial national football champion of Tajikistan Istiqlol was drawn in an AFC Cup group with two teams that had graced the final of the tournament the year before, everyone was skeptical.

In the first game Istiqlol lost on home turf, but surprises came later with an unexpected series of victories over their better-fancied rivals, which enabled the country's top team to wind up first in the so-called “group of death”.

Expectations increased as the team advanced through the knock-out stages of the tournament — the second most prestigious professional tournament in Asian club football — culminating in the final which again was played on home soil.

Unfortunately, the referee cancelled all three goals scored by Istiqlol during the game, allowing Malaysian side Johor Darul Ta'zim to leave the Central Asian country with the cup.

Despite the perceived injustice of the game, the country was grateful to its footballers for the positive emotions that came with every victory over stronger and better-known teams. 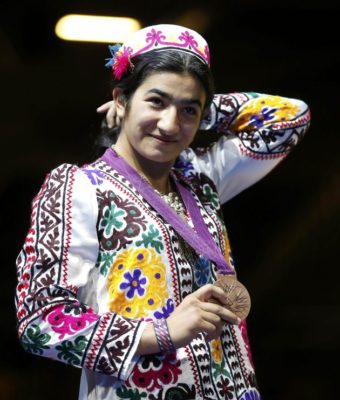 Mavzuna Chorieva during the awarding ceremony wore Tajik national clothe. The picture is taken from girlboxing.org

Tajikistan was awash with emotion when a tiny girl, who as a teenager had brought the body of her dead father back to Tajikistan from their home in Moscow, won bronze at the 2012 London Olympics.

Chorieva’s medal in the lightweight boxing was not the first Tajikistan had won at the Olympics, but it was the first won by a female representative of any Persian-speaking country (Iran, Afghanistan, or Tajikistan).

To call 2012 an incredibly successful year for a 20-year-old girl hailing from a poor family of economic migrants would be an understatement.

In addition to the Olympics, Chorieva also took medals at the World and Asian championships, winning praise at home and earning several flats as gifts from the impoverished state.

The same year, as Global Voices reported, Chorieva got married and briefly hung up her gloves to have her first child.

“I love the sport,” she told journalists at the time. “But family is more important to me.”

Chorieva has since returned to the ring, albeit without repeating the dizzying success of her best year in the sport, and is a member of the city council in the national capital Dushanbe, as well as the head of the Association of Tajikistan Olympians.

To understand why Tajikistan's teenage footballers became the pride of the country for two consecutive years it is necessary to note that the country's senior national team has never qualified for a major tournament and is currently ranked 144th in the world.

Memories of the civil war that deprived footballers of opportunities to train and the country's national league of several teams were still fresh when Tajikistan's underdog under-16 team won bronze during its first appearance at the Asian continental championship.

That success led to admission into the 24-team World U-17 Cup, where the country advanced into the knock-out stage thanks to a 4-3 victory in a group that current English Premier League star Eden Hazard and his Belgium team failed to qualify from.

Unfortunately, the drive for international glory ended with a penalty shootout defeat against Peru, but football fever had already set in.

This author pioneered live broadcasts of the games on a local website that saw its traffic increase by six times, as team Tajikistan reached heights higher than any other football side representing the country before or since.

Reading through these near misses and valiant efforts, you have probably reached the conclusion that Dilshod Nazarov is the only sportsperson ever to have actually won an international contest while representing the Central Asian country.

That would be very wrong indeed.

To be certain, if ITF* Taekwon-Do was an Olympic discipline Tajikistan would need an appropriately sized museum to host all the medals it has won in the years since independence.

Currently the country boasts no less than 20 Taekwon-Do world champions and is presently ranked second in the world in the sport, after North Korea.

About ten years ago, this author interviewed the sport's godfather in Tajikistan, Mirsaid Yahyoev, who went as far as to say that his team “doesn't count” silver and bronze medals claimed at ITF world championships as successes.

Seemingly content to be plucky outsiders in other sports, Tajiks are proud to have at least one where their competitors are feared everywhere from Panama city to Pyongyang.