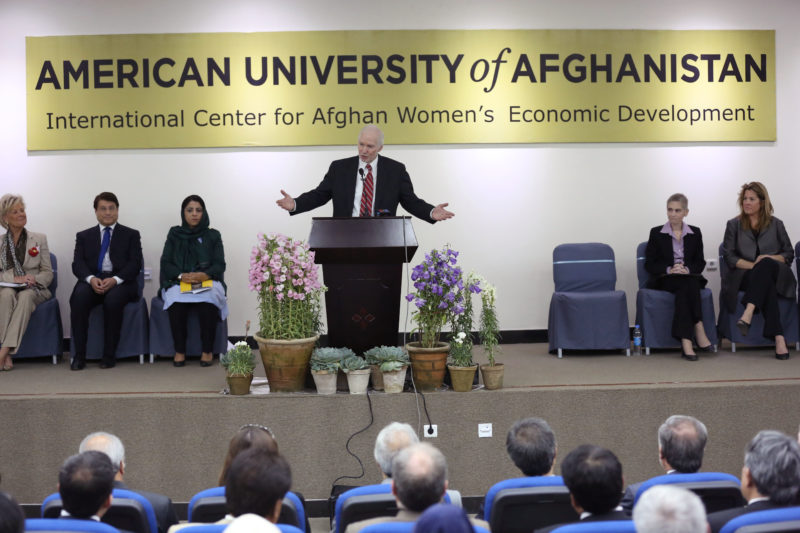 The American University of Afghanistan in Kabul plays an important role in the country's higher education system. Wikipedia image.

Students at the American University of Afghanistan in the country's capital Kabul sent out heartbreaking tweets August 24 amid an armed attack on their campus by unknown assailants.

Police said August 25 at least 12 were killed in the attack — seven students, three policemen and two security guards — which was perpetrated by at least two gunmen.

The day before, police had confirmed only one death and attributed the attack to a lone shooter. Unknown numbers are hospitalised following an attack that took place in the evening.

#AUAF under attack. I along with my friends escaped and several other of of my friends and professors trapped inside.

Younger brother, a #AUAF student, stuck inside campus. Some students escaped via the adjacent UN office through backdoor. #AUAFAttack

Students trapped inside @AUAfghanistan seeking help during the attack. Many have escaped reportedly. #Afghanistan pic.twitter.com/Pe73oDuI9B

Confirmation that all students had been safely evacuated came later.

The attack comes after the abduction of two of the university's teachers, an Australian and American, in central Kabul earlier in the month.

The teachers’ whereabouts are still unknown.

The university is widely regarded as Afghanistan's finest while also being a glaring symbol of American ‘soft power’ in a country rocked by a strengthening insurgency that neither the government nor its international partners appear to have an answer to.