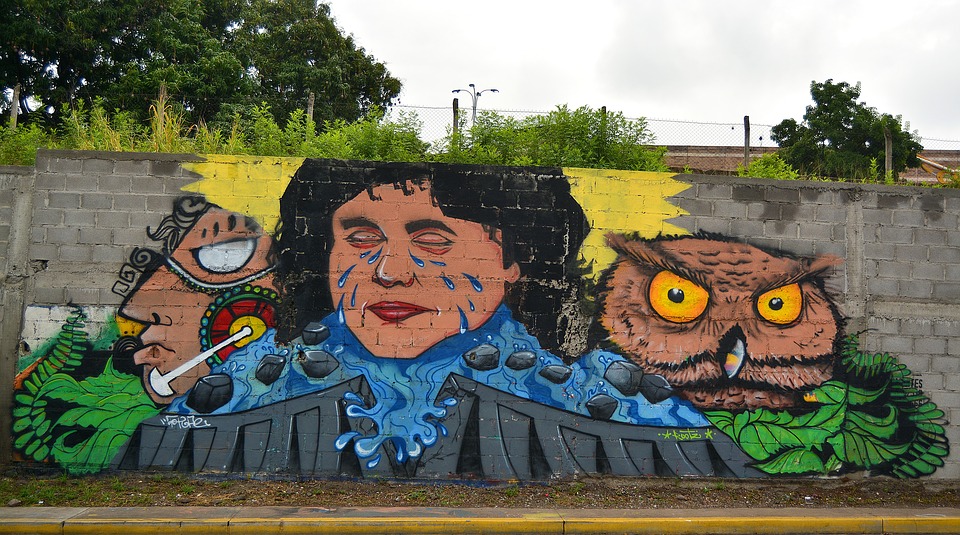 US lawmakers have proposed new legislation meant to pressure the Honduran government into doing more to find and prosecute those behind a slew of assassinations of prominent environmental leaders in the country. Named after an indigenous leader murdered earlier this year, the “Berta Cáceres Human Rights in Honduras Act” (HR5474) was brought before the US Congress on June 15 by five Democrats.

The proposal has become a growing source of international controversy.

Lawmakers are asking Washington to “suspend US aid to Honduran police and military until human rights violations by security forces cease and those responsible for of such crimes are brought to justice.” The objective of the law is to weaken government security forces and paramilitaries, who have frequently been implicated in the human-rights violations of environmental activists, union leaders, journalists, lawyers, activists, Afro-indigenous community members, farmers, LGBTI activists, and people who criticize the government.

According to the proposed legislation, the majority of these abuses go unpunished. The law would also cease all US aid for arms acquisitions and jeopardize the hundreds of millions of dollars now earmarked for Honduras in the Northern Triangle’s Alliance for Prosperity Plan.

Under this proposal, aid would be suspended until certain conditions are met, including a complete investigation of Berta Cáceres’ assassination and the killings of several other activists and small farmers associated with the struggle for land in Honduras. Only a future investigation by US State Department would be able to determine when to end the sanctions.

Hank Johnson, one of the congressmen pushing the initiative, shared his reasons for supporting the law:

We provide millions of dollars in security assistance to Honduras every year but these same forces have been found to attack and kill environmental, labor and human rights activists like Cáceres without any effective response from the Honduran authorities […] It’s time for our government to send a stronger message by leveraging security assistance and multilateral loans in order to put real and lasting pressure on the Honduran government to protect its activists and pursue those responsible for these outrageous crimes.

The initiative is designed to grab the Honduran government's attention and alert the international community. Some European entities, in fact,such as the Dutch Development Fund (FMO), have already decided to abandon financial-support projects in Honduras:

FMO is concerned about the news that Nelson Garcia, another member of COPINH, has been assassinated in Honduras. After the recent violent death of Berta Cáceres, we have asked that the Honduran government do everything in its power to stop the violence and assassinations that are happening in the country.

The Government's Response and Criticisms of the Law

The Honduran government has criticized the US draft law, warning that it will damage bilateral relations with the United States. President Juan Orlando Hernández, complaining that the legislation unfairly casts Honduras in a negative light, recently traveled to Washington, DC, to reaffirm ties with the US.

According to Tomás Zambrano, a member of the Honduran Security Commision, the Berta Cáceres law will weaken the fight against drug trafficking.

And Zambrano isn't the only one who fears the law's unintended consequences. The website Critics of the Hidden Truth has written about other potential dangers of the US law:

While this law is being debated, criminals are rearming themselves and again they are preparing their contingency plans to open new routes where they can maneuver and continue inundating a high consumption market, while in the meantime leaving thousands of deaths in the crossfire.

An Appeal to Americans

Many social-justice activists have embraced the proposal US law. Laura Zúñiga, one of Berta Cáceres’ daughters, has met with fellow activists in the United States to discuss the initiative. Julio Ricardo Varela shared a video from a demonstration in Philadelphia where Zúñiga called on Americans to support the proposal:

[In Latin America, today, they are] destroying mountains, poisoning rivers, and razing our forests to support consumption in the United States. […] To support this consumption and to clean out territories, violence is needed; and the violence is in our countries. [This violence] is represented by the police and the military. So we are here to ask—to demand—that aid be immediately cut for the military and the police who are killing us. Our bodies are being taken! Our lives are being taken!

While the legislation doesn't appear to be headed for adoption anytime soon, support among environmental activists seems to be rising. Also growing are the complexities of Honduras’ problems with drug trafficking, public safety, and the often exploitative role played by large multinational corporations.