Where's the Party At? Trinidadian Developers Created an App for That! 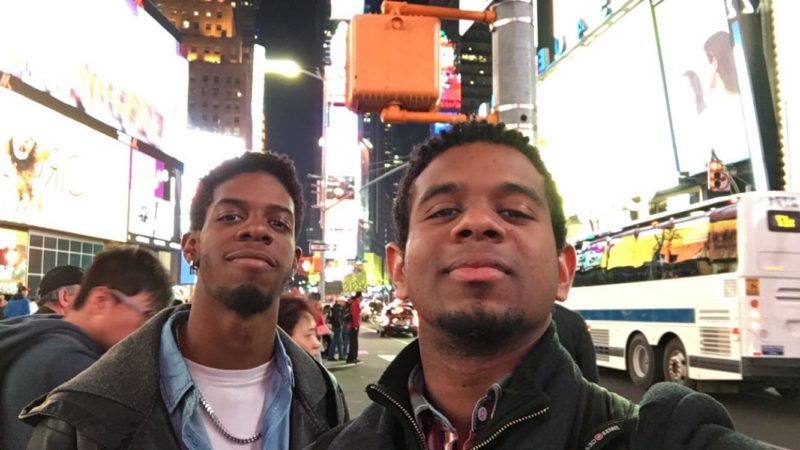 From a country widely known for its “feteing” (partying) and “liming” (hanging out) comes an app that points partygoers in the direction of the action. Childhood friends Jonathan Agarrat and Andel Husbands, both 21, developed — and then launched this past June — the WhereDPump app, taking partying and technology to another level.

With Carnival 2017 fast approaching, Trinidad and Tobago's party enthusiasts will no longer have to search for hip events by scouring through social media or hearing about them by word of mouth. The app gives party-promoters the chance to list their events, collecting in a single space entertainment options for club hoppers.

Global Voices spoke to the creators of WhereDPump, and learned more about the new service. 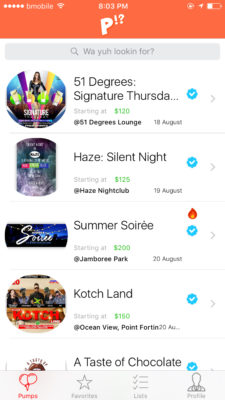 Global Voices (GV): What inspired you to create the app? What need do you think it fulfills?

Andel Husbands (AH) and Jonathan Agarrat (JA): Our love for partying! We found it strange that a lot of businesses in Trinidad still do many things manually and on paper. We thought that it required too much effort to find out what each club is doing tonight, who’s listing, what’s the cover charge, are there any drink specials and how many people are going? With that in mind, we decided to solve those problems using technology.

GV: Was it a completely original idea or are there apps on the market similar to yours?

JA: There are similar apps but they aren’t the same. Let me explain: Instagram, Tumblr, Twitter — they are all blogs at the end of the day so they are similar — but are they the same? No, right? There are other events apps: not sure if there’s any app that only deals with parties, but that’s what we do.

What I am sure of is that no other app allows you to get listed for clubs, message committee members for tickets and earn points which can be redeemed for complimentary party tickets. That’s original. 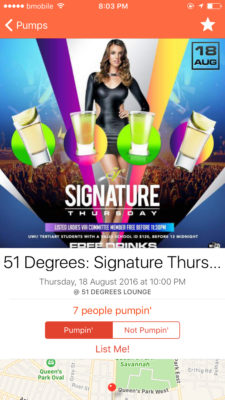 Upon selecting an event, you can see more details about it and — if offered — even list yourself as an attendee right from this screen!

GV: What has been the response since the launch of WhereDPump on iOS, and did anything surprise you?

AH: The response has been terrific. We actually weren’t surprised, as a lot of time and effort went into ensuring we were building something people would find useful and enjoy using. What was surprising though, is the amount of people asking for it to be available in places like New York and Miami.

GV: What kind of impact or difference are you hoping to make with this app?

AH & JA: We hope to set a standard for developing in Trinidad and inspire other developers to execute their ideas. Additionally, we hope we can create an interest in students across the island to learn computer science and really take Trinidad forward with technology. We have a lot of brilliant minds.

GV: What's next for WhereDPump? Any exciting upcoming events?

JA: Our #1 question, ‘What’s next?’ We’ll never actually say. There’s a lot still to be done and as the needs of users change, so will the app. Just remember to always keep your app up to date to enjoy our latest features.

GV: How did you get into coding and did websites like Codecademy help to sharpen your skills?

AH & JA: We’re both self-taught. The funny thing is, to build a simple website all you need is a word editor. So we’d just read the documentation for HTML (a markup language for coding websites) and play around in a word editor. Codecademy wasn’t what it is today. It was a bit too beginner for us when we discovered it. One of the best ways to learn development is to look at existing code and try to understand it and/or manipulate it. In our early development stages, it was a lot of copying and pasting code from existing websites. We eventually found out how it worked.

GV: What life or entrepreneurial skills does coding help to nurture? What would young people gain from learning the skill, and would you consider setting up coding programmes for youth in Trinidad and Tobago?

JA: Steve Jobs already said it best, so I’ll just quote him. ‘Everyone in this country should learn to program a computer because it teaches you how to think.’ There’s really no better way to put it. At a young age you’re less likely to fear failure; you’re more interested in trying than failing so young people coding is generally where we see really innovative solutions to problems. We actually started setting up a coding programme for our Alma Mater this July/August vacation. However, due to some complications, we were unable to run the programme but we’ll be up and running soon. 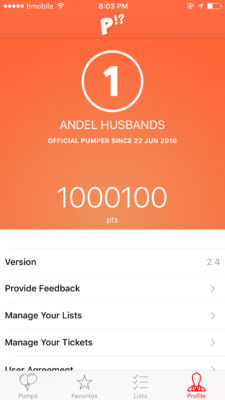 This is the users’ profile. Here they see their points and manage their lists and tickets if they are a seller or committee member.

GV: Is there life beyond the app? What should consumers look out for in the future?

AH: Consumers drive the app, so as long as they voice their problems or opinions, they can expect to see solutions.

JA: Also, in addition to all we have in store for WhereDPump, we have many other ideas we’re waiting to execute.

GV: How has being in this business together affected your friendship?

JA: We’ve been friends for 17 years, so not much has changed. We both bring a lot to the table. The thing with running a company and having two people able to make decisions is to have mutual respect and not to compete with each other. What’s fortunate for us is that’s never the case, as our skills compliment each other.

GV: What are your other professional interests? Do you see yourselves as app creators or inventors?

AH & JA We’d both like to be somewhere to the front — if not at the front — of technology in the Caribbean. We plan to grow a tech company in Trinidad and Tobago.

JA: I plan to build software focused on the educational system in the Caribbean and also work on medical devices.

The software developer duo is currently still in college: Andel Husbands in his sophomore year at the University of South Florida, and Jonathan Agarrat a senior at the New York Institute of Technology.