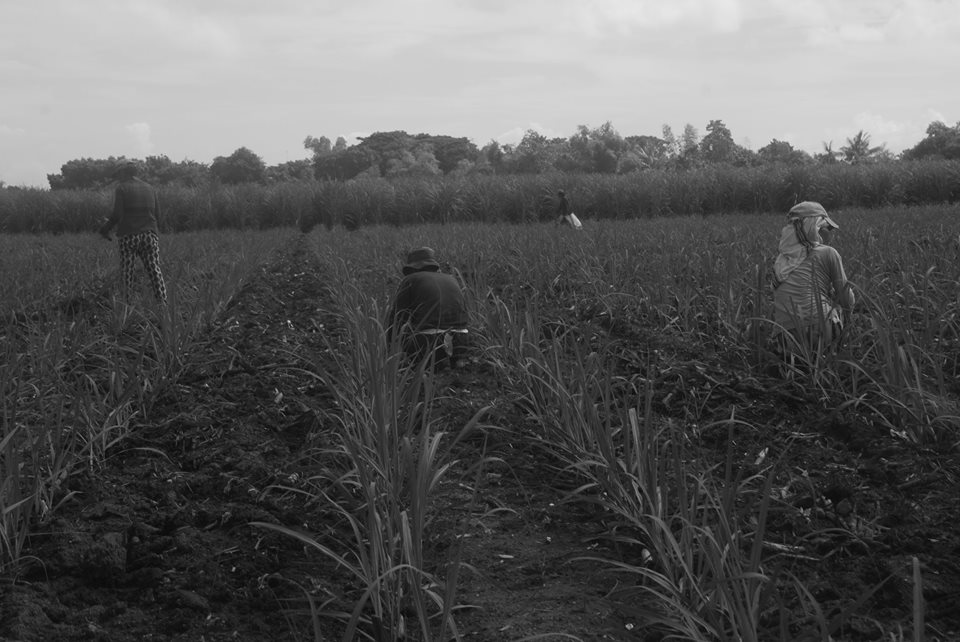 A farmland in Negros. Photo courtesy of UMA Pilipinas.

Tiempo Muerto, or “The Dead Season,” visits sugar plantations across the Philippines, when many farmers struggle with hunger and deprivation because there’s no work during this off-milling period of the year. The season can be so brutal on farmers that more than a quarter of a million people—a whopping 385,000 sugar workers, known as “sakada”—are affected on Negros Island alone.

Despite the passage of numerous land-reform laws mandating the distribution of lands to farmers, many of the haciendas (plantations) in Negros have remained intact and in the hands of politically powerful family dynasties.

Farmers in these lands are given work during planting and harvesting time, but they have no income during off-milling season. Many struggle to find alternative work, but there are few other employment opportunities on the island. Peasant leader Danilo Ramos explains why the season is so traumatic for farmers:

Sugar workers bear the brunt of Tiempo Muerto every year. They try to look for other modes of decent employment or livelihood but these are obviously scarce because Negros—in this day and age—is still dominated by a decrepit monocrop industry and by centuries-old feudal oppression. 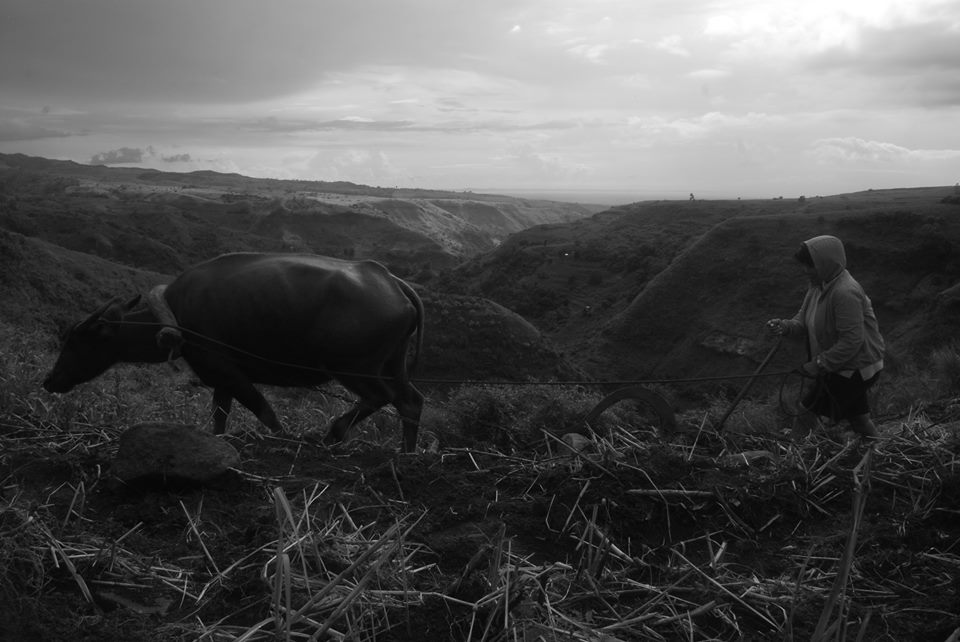 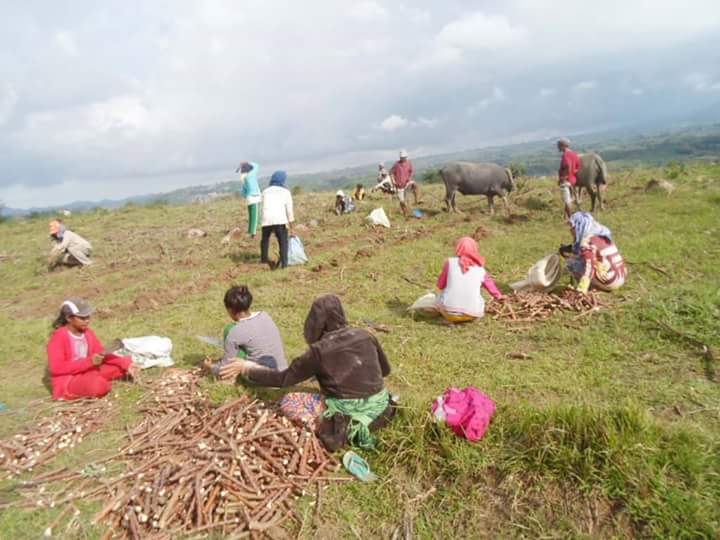 A farming village in Negros during Tiempo Muerto. Photo courtesy of UMA Pilipinas.

Since early August, farmers across Negros have staged protests in the province's capital, demanding the immediate release of disaster funds and other forms of assistance allotted by the national government.

One of those who joined the protests was Nanay Lani, who summarized how many families are plagued by debt burdens during Tiempo Muerto.

Now it’s Tiempo Muerto and work is scarce. Even if we get some work, we no longer take home any cash. We even incur so much debt during this tiggulutom (season of hunger). 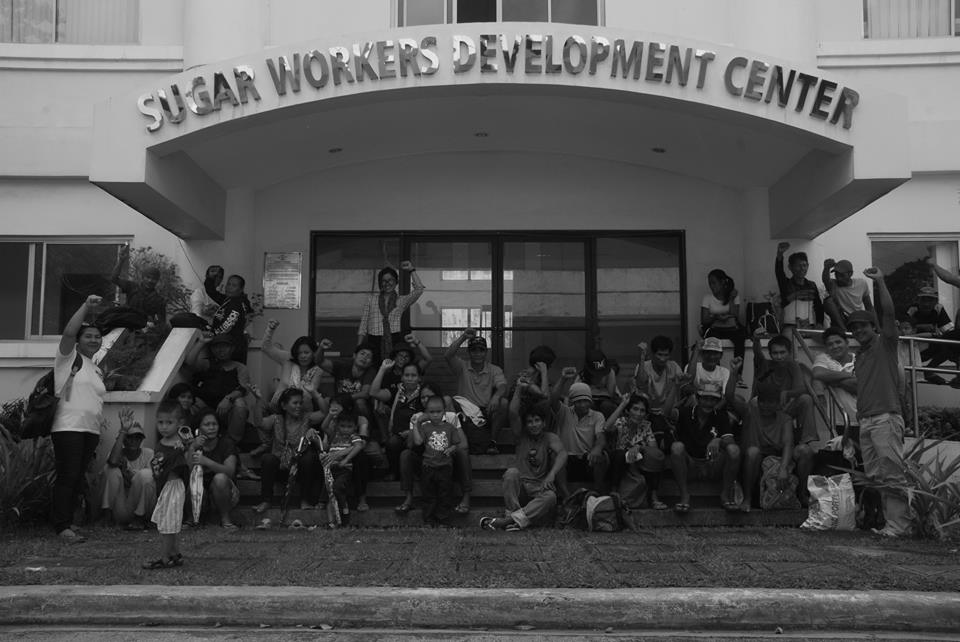 Farmers hold a protest in front of a government agency to demand the release of disaster funds. Photo courtesy of UMA Pilipinas. 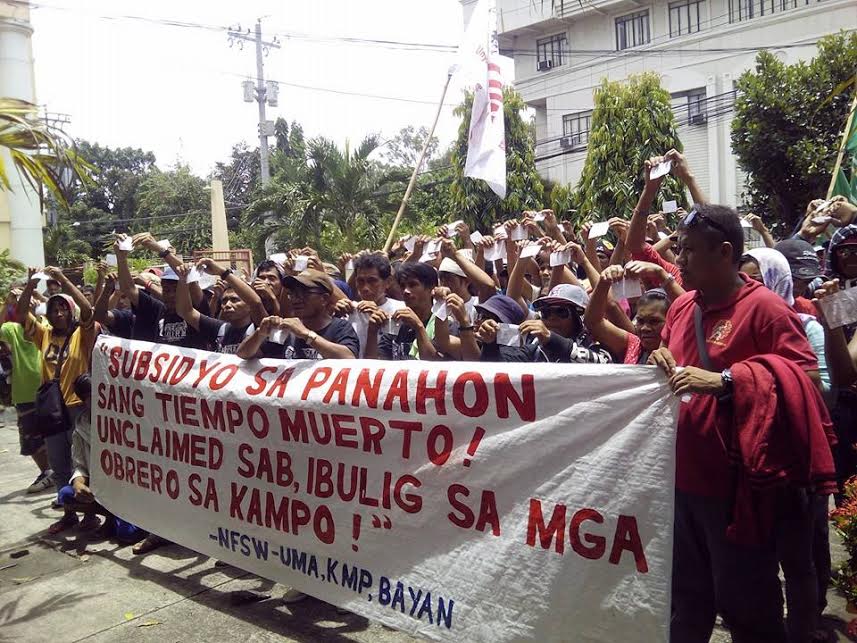 Protesting farmers tear up their pay slips, showing the meager salary they receive by working in the sugar plantations. Photo courtesy of UMA Pilipinas.

The disaster in Negros has been multiplied by an El Nino—an extreme drought—that hit the island earlier this year.

Further exacerbating some farmers’ problems is the government's campaign to evict some farmers in Negros. In the town of Murcia, there have even been violent clashes between resisting farmers and police and soldiers. 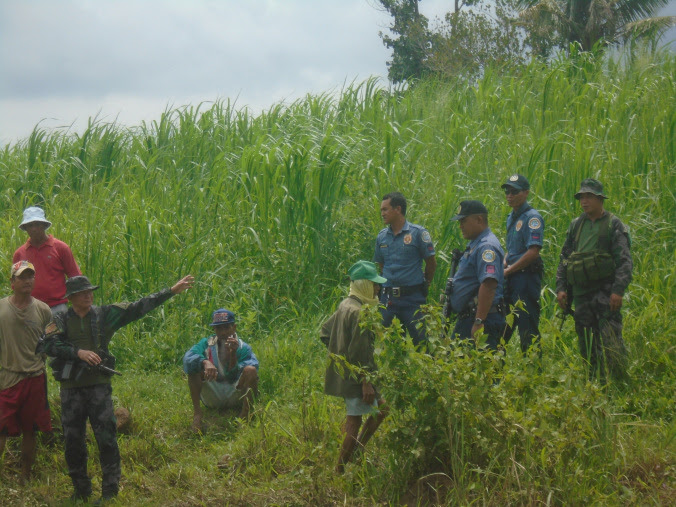 Police and soldiers are seen ordering some farmers to vacate a property being claimed by the provincial government. Photo courtesy of UMA Pilipinas.

The video below features an interview with a farmer who explains the impact of poverty and militarization in his village:

At a protest staged in the provincial capitol, Negros farmers urged the country’s new president to implement land reform and extend assistance to farmers affected by Tiempo Muerto.