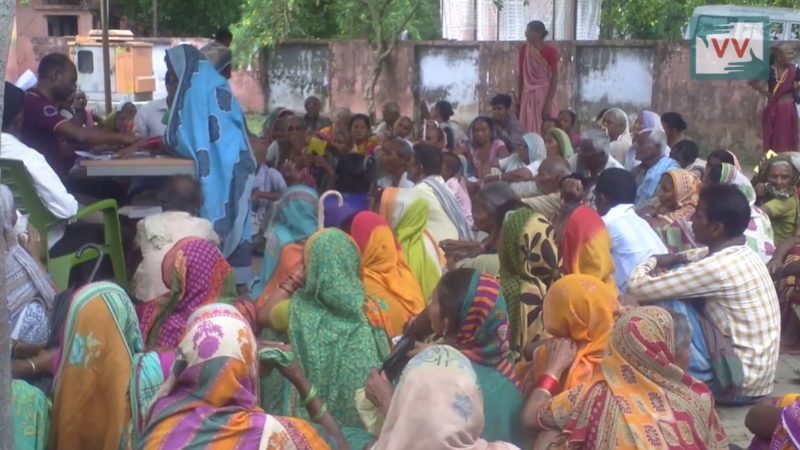 This post originally appeared at VideoVolunteers, an award-winning international community media organization based in India. A redacted version is published below as part of a content-sharing agreement.

One woman’s insistence for justice has brought change for almost 3,000 people in the Indian state of Bihar. They received their pension arrears by the authorities, after a Video Volunteers community correspondent recorded the testimonies of the victims, showed them authorities and pursued the case for months.

India has a number of centrally sponsored national social assistance schemes, which provide financial assistance to the elderly, widows and persons with disabilities in the form of social pensions. India's social security system is woefully inadequate compared to other countries. For example, 16.5 million senior persons (65 years and above) below the poverty line receive a pension as low as 400 rupees (US $6 only) per person per month. The benefit is small, and corruption and negligence prevent many from receiving them on time.

One year ago, community correspondent Tanju Devi made a video on the year-long pension arrears of the disabled, widows and senior citizens in Gaunaha, West Champaram district of the state of Bihar in eastern India.

Even after making repeated pleas to the authorities, the citizens of Gaunaha still hadn't received their rightful pension. This is when Bhuri Devi, Tanju’s neighbour and a physically challenged person, approached Tanju with the problem and urged her to take action for the issue.

When Bhuri approached me with this problem, I could relate to her. I have a physically challenged husband and an aging mother-in-law. I know how important are a few hundred rupees in an impoverished person’s life. It means food, medicine and security.

With a resolve to bring justice to all, Tanju set forth to show her community how persistence and harmony can bring accountability and change to the authorities. She recorded video testimonies of several affected residents and met with the Gaunaha Block Development Officer (BDO), bringing along with her the video and a requisition letter for the pensions: 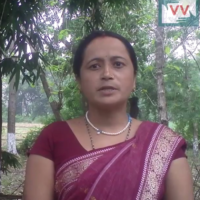 Initially, the BDO gave assurances but there was no action from the department. But I was resolved to get the pensioner’s arrears cleared. I kept increasing the pressure on the BDO – sometimes with a women’s group, sometimes alone and sometimes by showing her pictures of the village meeting I had organised.

Finally, after five months of relentless trying and community pressure, the BDO was forced into action, assigning officers to conduct an investigation into the local government’s actions and clearing the arrears.

On 14 May 2016, as many as 3,000 beneficiaries were called to a community gathering in Gaunaha and were given their due arrears. “I shall buy ration and medicines with this money,” Bhuri, Tanju’s neighbour, said.

While Bhuri felt relieved that her pension had started once again, it's necessary to ask how a disability pension of 300 rupees (US $4.50) per month covers the cost of the most basic needs such as health, shelter, electricity, clothing and so on. The question remains the same for the pension of 400 rupees (US $6) for widows and elderly people.

For example, the failure of pension schemes to support the survival of those in need is demonstrated by the ‘revised’ old-age pension scheme. In 2008, the government of India raised the old-age pension from 300 to 400 rupees. However, its inability to cover the most basic needs is evident by data from the 2011 census. According to the data, more than 11.7 million people over the age of 70 are still working in India, with a majority of them as full-time employees. Of these, 2.5 million people are over the age of 80, the report adds.