A toad worship poster from a “hasi” forum.

Chinese social media has recently been overrun with memes about toads. Why? To celebrate the 90th birthday of former Chinese Communist Party leader Jiang Zemin, who many consider looks somewhat like the squat amphibian.

On the Chinese web, those who publish the memes about Jiang are called toad fans or hasi (蛤絲) and the act of publishing itself is called toad worship or moha (膜蛤).

Since early 2015, Chinese web censors have deleted toad worship memes. Still, on Jiang’s birthday this year, hardcore toad fans just could not resist poking the toad — and some have paid a price for it.

For example, media outlet Fenghuang’s editor wrote on popular social media platform Weibo, “Good morning, this is Fenghuang: Today is the 90th birthday of the elder, let’s wake up early to add one second for him.” The message accompanied a photo of a motorcycle that bears a resemblance to a toad.

“Good morning, this is Fenghuang: Today is the 90th birthday of the elder, let’s wake up early to add one second for him.” The editor media outlet Fenghuang was over this toad worship message. Screen capture of Fenghuang Weibo via Mingjing News.

Cartoon reads: How much longer can you live this time?
Tweet reads: Happy birthday!

The elder and the toad

Jiang served as China's president from 1993 until 2003. He is nicknamed “the elder” because of a video taken in 2000 in which a Hong Kong reporter asks him if he supports the re-election of former Hong Kong chief executive Tung Chee Hwa (Hong Kong is a special administrative region of China). Jiang suddenly loses his temper and scolds the reporter. “Today I am speaking to you as an elder,” he rants.

The culture of toad worship started in 2011 when rumors about Jiang’s death spread online. A similar death hoax has surfaced almost every year since then. Someone even created a playlist of 41 videos on YouTube titled “I added one second to President Toad. Excited!” The expression “add one second” or “+1s”, which means adding one more second onto Jiang’s life, also has its origins in 2011 in response to the death hoax.

Chinese netizens, in particular the millennials, find Jiang’s real-life gestures, facial expressions, preference for high-waisted pants, and mixed-language talks amusing because they stand in deep contrast with the ruling charisma portrayed in Chinese propaganda. They love poking fun at Jiang by quoting his expressions in their social media messages and doctoring photos to include Jiang or a toad.

In 2014, the toad worship subculture became more visible because of a popular WeChat public account called “Seminar on Jiang’s selective writings” (江选研讨会). The public account wrote on moments in Jiang's life in toad worship style. For example, “How many foreign languages does the elder know?”; “The elder’s love story with his wife”; “The American reporter Wallace is way above you”; “How fast does a Hong Kong reporter run?”

The last two refer to Jiang's outburst from the above mentioned video, in which he criticized Hong Kong reporter Cheung Bo Wah for being “too young” and “too simple and naive.” He also said that Hong Kong reporters “always run faster than Western reporters” and offered the late American reporter Mike Wallace as an example to follow (“He's way above you all”).

The WeChat public account only managed to survive for barely one year. It was banned in 2015.

‘Nostalgic for an era when political control was not as tight’ 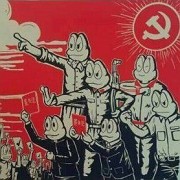 Some see the suppression of toad worship culture as a reflection of the power struggle between current Chinese President Xi Jinping and Jiang’s own political clan. The latter embraces economic liberalisation while Xi’s dream is to revive socialist culture. Others consider the ban to be a way to prevent the spread of a subversive youth culture that defies authorities.

Murong Xuecun, an independent writer based in Beijing and Hong Kong, made a political interpretation of the subculture on Twitter:

The rise of toad worship culture reflects a distaste of official discourse. It can be considered a silent revolt against the attempt of Qingfeng [which is a nickname for President Xi Jinping] to revive the myth [of Chinese Communist Party]. Many choose to worship the toad in response to the rise of this new political culture directed by Qingfeng. The culture is also nostalgic for an era when political control was not as tight. While the toad's era was not free, it looked better than Bun's [meaning Xi's] era. In this sense, Chinese people worshiping the toad is similar to prisoners in confinement, missing their brief outdoor recess.

Despite the ban, hardcore toad fans could not resist the temptation to have a laugh. After all, the 90th birthday of the toad is a rare moment, indeed, maybe even as rare as a toad-shaped cloud supposedly spotted ahead of the special day: 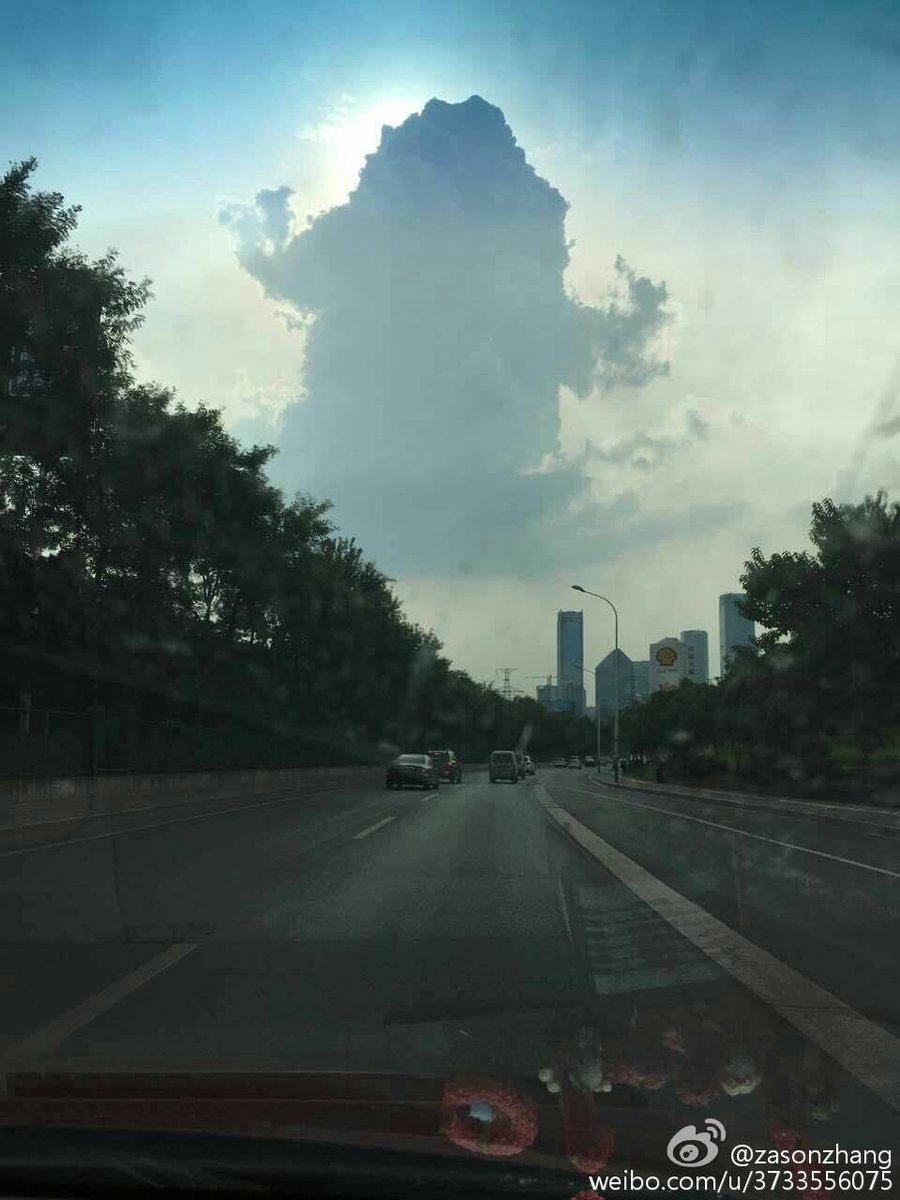 Though authorities issued a warning against public celebrations of Jiang’s 90th birthday, some still insisted on holding a private birthday party, with a specially made birthday cake: 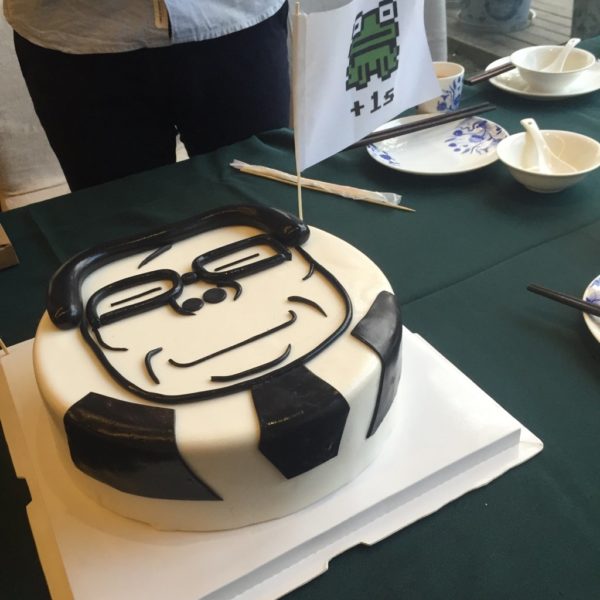 Many birthday cards popped up online — and disappeared quickly. Here is a typical one with birthday blessings via Twitter user @wentommy: 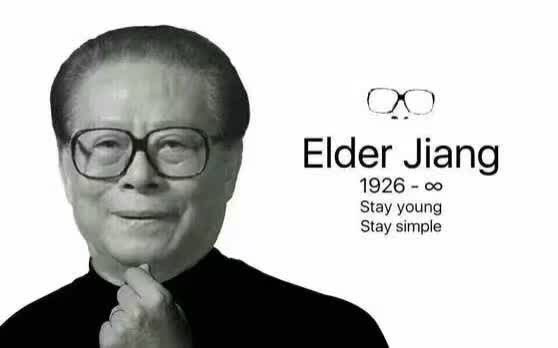