When Never Forgetting the Attacks on France, Try to Remember the Heroes, Too

For the past 18 months, Europe has seen a wave of attacks that has increased social tension and polarized many conversations on religion and immigration, especially in France. While the media's talking points these days seem to center around whether people should be allowed to wear burkinis at the beach, other newsworthy actions are quickly forgotten—extraordinary actions that help more to solidify France's social fabric than anything to do with swimwear. Global Voices looks at several heroic stories during the latest mass attacks on French soil. 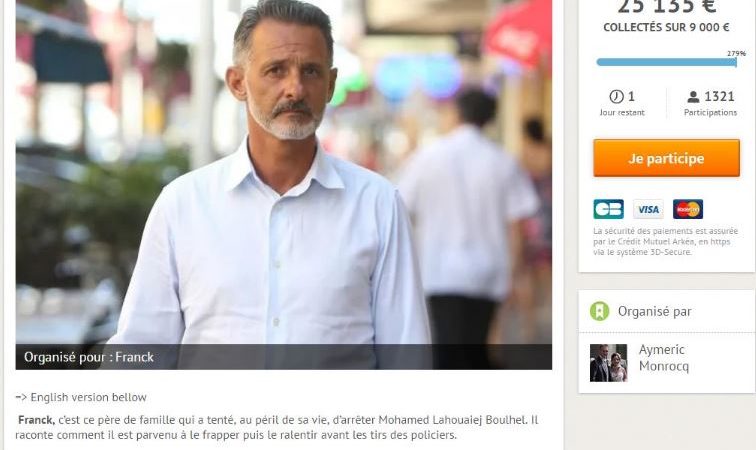 Franck is 49 and a father of two. When Mohamed Lahouaiej Boulhel drove a truck in a crowd gathered for fireworks on Bastille Day in Nice, he was riding a scooter nearby and witnessed the start of the tragedy. In his own words, here is his recollection of what happened:

My wife and I were on the Promenade des Anglais on my scooter [the boardwalk where the attack occurred]. We were moving forward slowly. In fact, we wanted to go see the fireworks, but we left a bit too late. So I said to my wife, “It does not matter. We'll eat ice cream at the Cours Saleya [Saleya Square in Downtown Nice].” We felt a stampede was coming behind us. We heard shouts and a few cars that were trying to get away. My wife said, “Stop, there's something wrong.” By the time we turned around, we saw the crowd running in all directions, as if they were fleeing something. That's when we saw the truck coming.

We were in the middle of the road; there were few cars. I was riding the scooter at 60 kilometers [almost 40 miles] per hour. I didn't even had time to look in my rearview mirror. And then the truck passed right by us. He was driving on the sidewalk. I still have in mind the images of bodies flying everywhere. I immediately understood what was going on. I decided to accelerate. My wife was behind me pulling my arm and asking me what I was doing. I stopped. I told her to get off, and I drove away quickly to catch up with the truck.

In order to catch up, I had to zigzag between people, some dead and some alive. I wanted to stop him at all costs. I was both in a daze and lucid at once. So I managed to get on the left of the truck and my goal was to reach the cabin. I was soon on the steps at the open window, facing him. I hit him again and again and again with my left hand but I am right handed. I landed blows to his face but he said nothing. He did not even flinch.

Aymeric and Sam Monrocq, a couple who lives in Normandy, set up a crowdfunding website to buy a new scooter for Franck. The initiative raised 25,466 euros (almost $30,000). Franck used than a third of the money to purchase a new scooter, and he donated the rest to hospitals, local associations, and other initiatives. 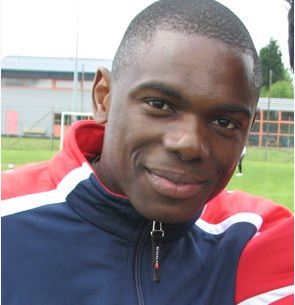 Ludovic Boumbas as published on twitter by his friend @chilavertlille

Ludovic Boumbas was 40 and an IT engineer based in Lille, France. He was sitting at the Bistro La Belle Equipe in Paris when Daesh militants opened fire on the restaurant. His friend was sitting with him, so he threw his body in front of her to protect her from the bullets. Ludovic died on the spot, while his friend was also shot, but she survived. Ludovic is originally from the Republic of Congo. His friends remember him fondly:

Friends described Mr Boumbas as someone who loved people and travelling. “He was just one of life’s good, good people,”

Nicolas Cantinat, 37, and Julien Galisson 32, reacted to the gunfire like Ludovic, shielding the people around then when the bullets rang out. Both Nicholas and Julien died from their wounds. At the Bataclan, the scene of the worst carnage that night, Sébastien, a 34-year-old man from Arles, was trying to escape from the killing spree when he saw a pregnant woman suspended at the window. She was pleading for people underneath to catch her, if she fell. The window was 15 meters (50 feet) from the ground. Sebastien recalls what happened next:

A pregnant woman was hanging outside a window and was begging people below her to catch her if she jumped. Down on the ground—it was chaos. I went through the other window and I clung onto an air vent to get to her at 15 meters above the ground. I held her for five minutes and then the exhausted woman asked me to help her back inside. So that's what I did.

The whole scene was caught on video:

Lassana Bathily is from Mali. He was working at the Hyper Casher grocery store in Paris when Amedy Coulibaly, a member of Daesh, walked in with a rifle and killed four people, planning on murdering even more. Lassana hid at least six people and a baby in the cold room of the store and then went out of the storage room on his own to talk to Coulibaly. Here is a video of his testimony immediately following the ordeal:

During the attacks, Yoann Cohen, Bathily's coworker at the grocery store, tried to disarm the assailant  and was consequently shot in the head by Coulibaly. Yoann's father hails from Algeria and his mother is from Tunisia.

These ordinary people did not expect the tragedies they encountered suddenly, and they responded instinctively and selflessly. In fact, there were numerous additional examples of acts of bravery during these attacks, ranging from a lone police officer entering taking on all the attackers at Bataclan to the people who opened their doors to stranded event goers.
As a populist rhetoric grows more deafening and the climate of fear seems to sweep much of Europe (especially in France), remembering these stories of altruism and sacrifice is more vital than ever.