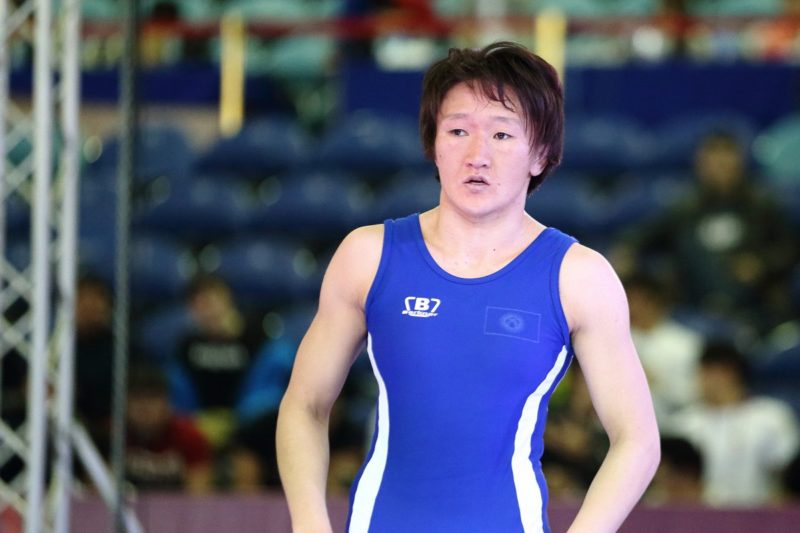 Missing out on bronze after a wrestling bout she had seemed set to win in style, Aisuluu Tynybekova has nevertheless been hailed as a hero by the majority of the Kyrgyz internet following her exit from the Olympic Games in Rio.

Both in Brazil and London, Tynybekova was regarded as one of the small Central Asian country's few realistic hopes of a medal.

Going into her August 18 tie with Sakshi Malik, Kyrgyz were hoping Tynybekova could secure the country's second bronze, after weightlifter Izzat Artykov — later stripped of his medal for doping — had secured a podium finish the previous week.

But there was only disappointment as Tynybekova ceded a 5-0 lead in a toughly contested tie with Sakshi Malik, who eventually ran out 8-5 winner to end India's medal drought.

Wrestling is a key sport in Kyrgyzstan with a rich heritage reaching back through the Kyrgyz people's nomadic past.

But Tynybekova has upset gender stereotypes in the male-dominated discipline to become the country's highest-ranked wrestler across all categories, a fact not lost on the republic's Twitterazzi.

Half the country are dudes with broken ears [injuries from contact sports] but it is a woman that made it to the semis. Well done Aisuluu Tynybekova!

Tynybekova is not an angel.

An assault charge relating to an incident that took place in an underpass in the country's capital Bishkek threatened to veto her participation at the last Olympics in London, where she exited the tournament unexpectedly early.

Now 23, Tynybekova has developed her game and stayed out of trouble in the years since the scuffle that she claimed she was provoked into.

The grappler is almost certain to compete at the next Olympics in 2020, and will once again carry the weight of Kyrgyzstan's expectations on her back when she does.

“He made me dope”

In fact, there will be even more reliance on Tynybekova to add to the country's tally of three Olympic medals in independence after another hopeful, weightlifter Izzat Artykov, became the first athlete to be stripped of a medal for doping at the games.

Artykov has hotly denied the doping charges and commented in an interview with Agence France-Presse that a French weightlifter may have “mixed the doping” — he tested positive for a stimulant called strychnine — into his food or drink.

A former presidential chief of staff lamented the short-termism inherent in the actions of the weightlifter's team on Twitter:

They say they didn't know about strychine! Of course they knew! The trainers just wanted to seize a win. At any cost! We are disgraced in front of the whole world!

The head of the country's state sport agency, which says it will appeal Artykov's doping cherge, was one of the few public figures to criticize Tynybekova.

He claimed that she “gave victory away” in her duel with Malik, a comment that caused anger on social media.

After the shock of the Artykov doping scandal, many fans are now actually thanking Tynybekova for taking the longer, more honest route to a podium finish, notwithstanding the pain of just missing out this time around.