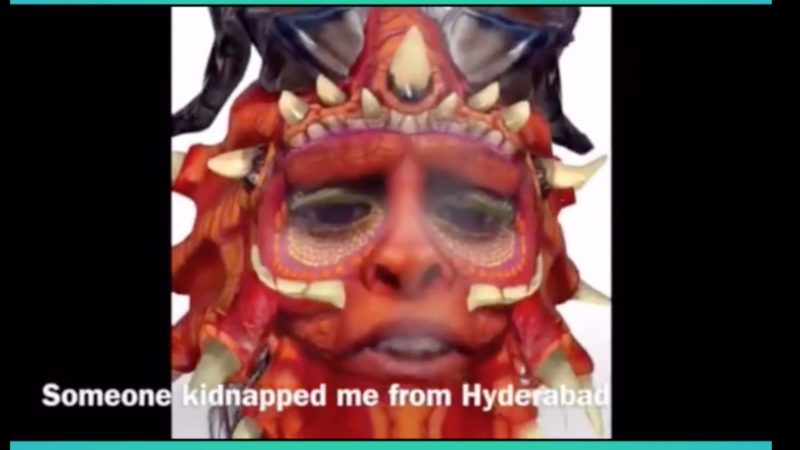 Screenshot of victims of sexual abuse using snapchat to tell their stories.

An Indian journalist has recently started using popular social media app Snapchat in an innovative way to enable victims of sexual violence to tell their stories without revealing their identities.

Like in many other countries, violence against women is a serious problem in India. It has led authorities to enact numerous stringent laws against perpetrators. Despite this, not many victims come forward to register complaints or report attacks to police due to insensitive questioning and social stigmas that come with being a survivor of sexual violence in India's highly patriarchal society.

To try to change this, journalist and self-titled Snapchat-storyteller Yusuf Omar provides his subjects with a wide variety of ‘filter’ options that disguise their face so they can speak on-camera about their tumultuous journeys anonymously. It's a creative and powerful method that allows survivors to change the narrative and let their voices be heard.

Omar's use of Snapchat has attracted national and international media attention. In an interview with Global Voices, Omar, who is the mobile editor for newspaper Hindustan Times, explained: 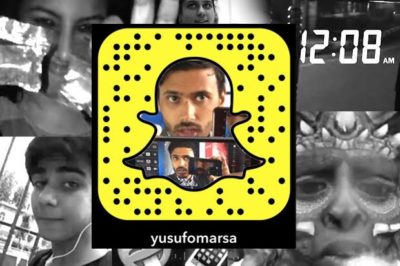 The filters were the only reason they shared their story. In India it’s both illegal to show the identity of rape survivors in the media, but there’s also the question of stigma- a society where they risked being alienated from friends of family and banished from their communities for making their stories public.

How has the public reaction been to the story?

My biggest fear was people thinking Snapchat was making a serious topic trivial. Quite the opposite happened. The story got people taking about rape culture, sexual abuse in India and women’s issues in a broader way. But that conversation started with the innovative use of tech. The global Climb Against Sexual Abuse organisation have borrowed the idea and are calling on survivors around the world to Snapchat their stories. I’m really happy about that.

Omar, meanwhile, used traditional journalism methods to make the survivors comfortable with the tools before recording the project.

Snapchat, primarily a messaging app, has more than 150 million daily active users and is gaining popularity in India. A YouTube video uploaded by Yellowbulbs.com shares the result of a survey done in 2016 amongst 100 students from New Delhi, which describes the use of Snapchat among India's millennials:

Omar harnesses this popularity to address a huge problem: in 2014 alone, India witnessed 36,735 reported rapes, while many others that went unregistered. Incidents of rape have risen 9 percent since 2010, according to news reports.

Here's what makes the whole experience extremely personal for the survivors, according to Omar:

It wasn’t difficult because even though they weren’t too familiar with Snapchat, any millennial around the world knows how to take a selfie, and that’s all this was. First I tried the filters on myself. They laughed. Then they tried a few. We giggled. Finally they hit the red button, shared their story and the world cried.

On social media, Omar's efforts have won praise for giving deeper meaning to what was before just a fun app:

Praise be to HT's mobile editor Yusuf Omar for turning a pointless innovation into a powerful upliftment tool. https://t.co/prQYqwv3tB

Others have used Snapchat for important work as well. Avani Parekh, Nida Sheriff and Rajshekar Patil from India have set up a domestic abuse advice account called lovedoctordotin on Snapchat for Indian teenagers who feel they may be in abusive relationships.

Look beyond the gimmicks. Snapchat at face value is about funny self portraits and emojis, but behind the filters are phenomenal algorithms. Use the technology as a tool to tell better stories. See the potential to hack anything. Right now I’m looking at Pokemon Go and saying, how can we tell news stories like this. Maybe we direct people with smartphone cameras to breaking news events like gamers are flocking to animated creatures.

However, the legal implications of this innovative storytelling remain to be seen, such as whether the stories will be admissible in court. Only a couple of months ago, Indian right-wing political parties armed with police complaints threatened comedian Tanmay Bhat for posting a parody video using Snapchat filters of two prominent Indian celebrities.