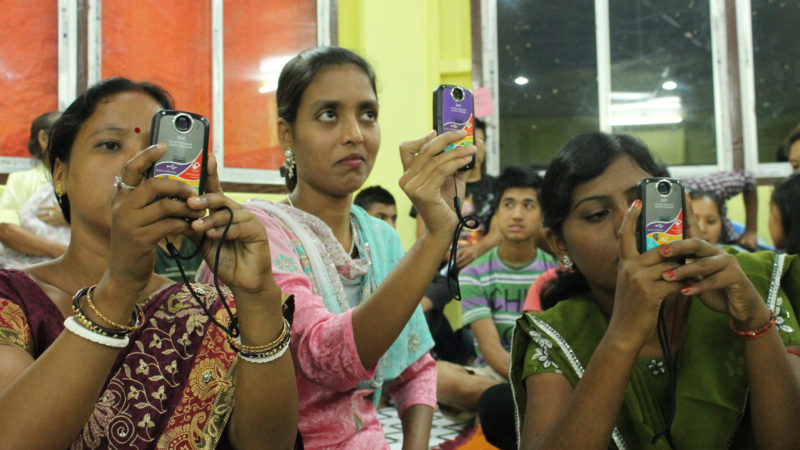 The newest addition to Global Voices’ long list of like-minded partners is Video Volunteers, a community media organization. With a focus on India, it empowers some of the world's poorest citizens with video journalism and data gathering skills so they have a voice in media and can demand their rights.

The organization is represented by a network of more than 200 community correspondents, all of whom belong to disadvantaged communities. These correspondents shoot videos with their video-enabled cell phones to record local instances of discrimination, oppression, negligence, corruption and culture.

These videos are shared through Video Volunteers’ project IndiaUnheard, an alternative news platform which publishes news that is otherwise ignored by mainstream media. The videos are also screened on widescreen projectors to thousands of people in the villages of India to motivate them to take action. About one out of every four videos has motivated authorities and citizens to take action on the issues featured. 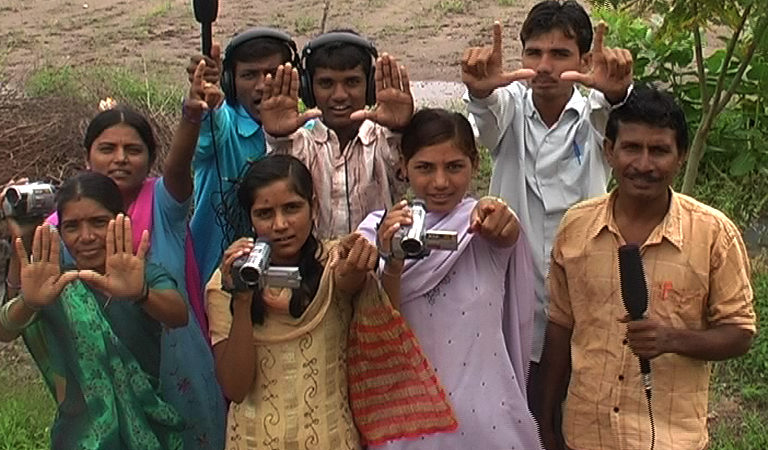 Some members of the VideoVolunteers community of citizen journalists. Image courtesy Stalin K.

More than 500 videos on topics like child marriage, temple prostitution, insurgent conflict, atrocities against Dalits and peace between Hindus and Muslims have been produced, and have been seen by more than 300,000 people in live outdoor screenings in slums and villages.

Video Volunteers has worked on several other projects like Videoshala, which trained community members how to produce educational videos, and Videoactive Girls, which taught adolescent girls to use the power of visual media to tell their stories. It also has a partnership with Indian national broadcaster Doordarshan to screen selected citizen videos to an wider audience.

Global Voices has occasionally reported on Video Volunteers videos in the past. With this partnership, we will periodically feature videos, texts and other content produced by Video Volunteers and its community of citizen journalists to bring them to our readers in more than 160 countries and in multiple languages through our Lingua translation sites.