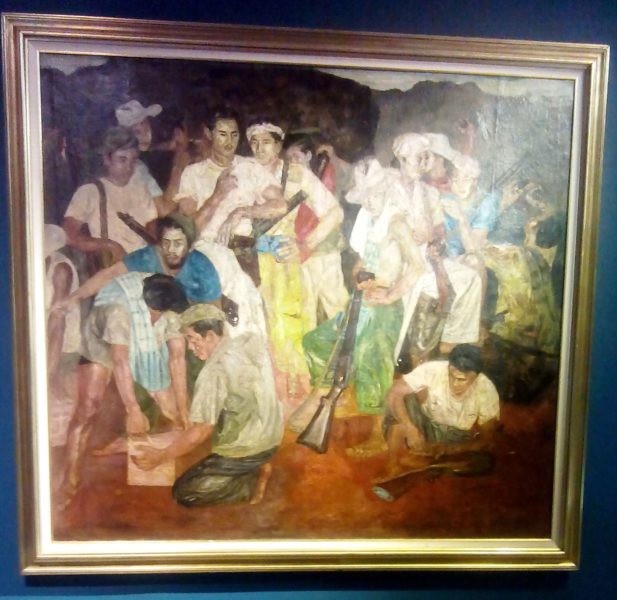 For the first time, in celebration of the country’s 71st Independence Day, Indonesia’s presidential palace has made available to the public a part of its vast art collection.

Indonesia was a former colony of the Dutch and the Japanese.

Some of these painters gained fame by drawing battle scenes from the campaign for independence.

Indonesian President Joko ‘Jokowi’ Widodo opened the art exhibit at the National Gallery. The exhibit is open until the end of the month.

One of the paintings in the exhibit is a portrait of a mysterious woman painted by Sukarno, Indonesia’s founding president.

Unknown to many, the beloved leader was also a painter and art collector. 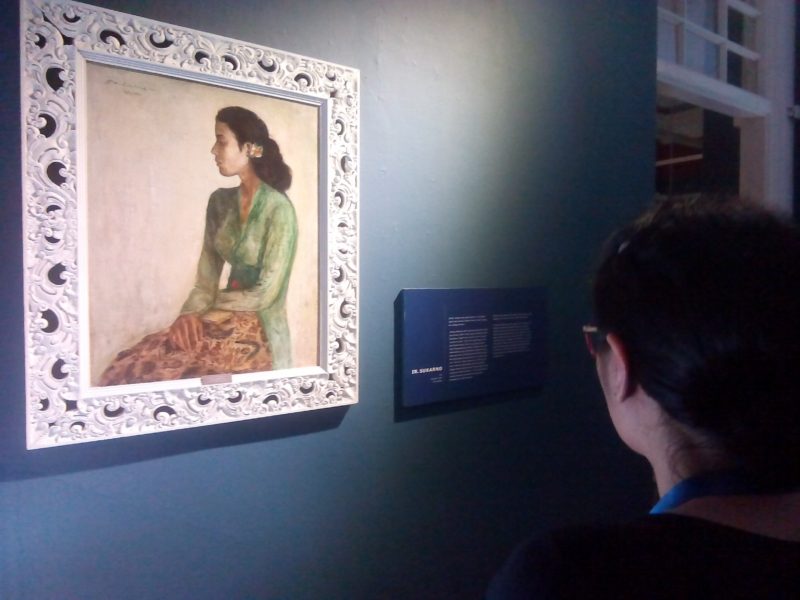 Rini made by President Sukarno. Photo by Arpan Rachman

The painting titled Guerrilla Preparation by Dullah (top photo of this article) is known for its visual beauty and message regarding war.

Dullah's models for the painting were real guerrilla fighters from Gunungkidul, Yogyakarta. 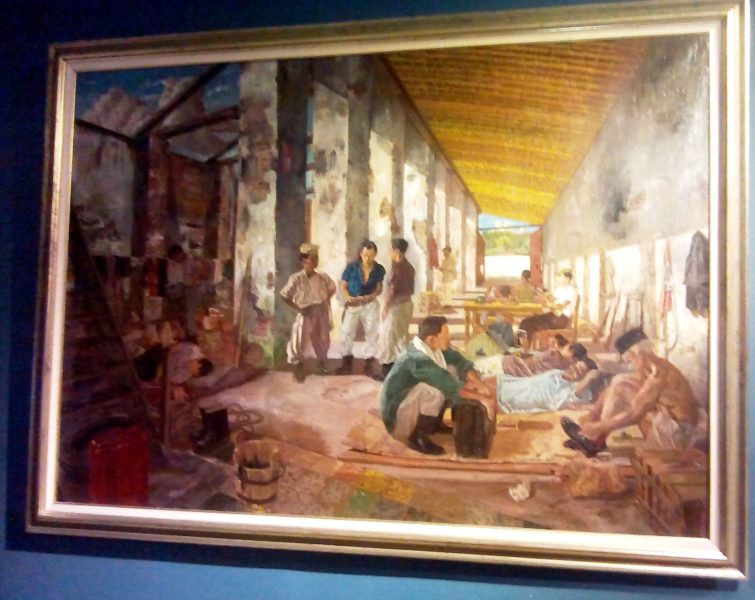 Another highlight in the exhibit is a painting by the famous Mexican artist Diego Rivera.

The painting, Malay Girl with Flower, was acquired by Sukarno from Mexico on behalf of the Indonesian people. 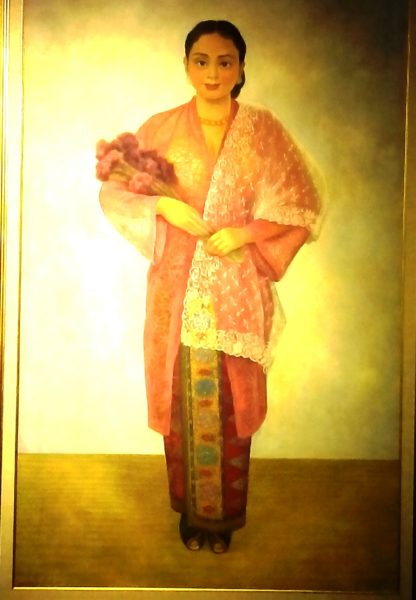 S. Sudjojono's famous painting titled Kawan-kawan Revolusi (Revolution Comrades) was produced in just one day in 1947 in response to an art critic who had doubted his technical ability to draw in the realist style. 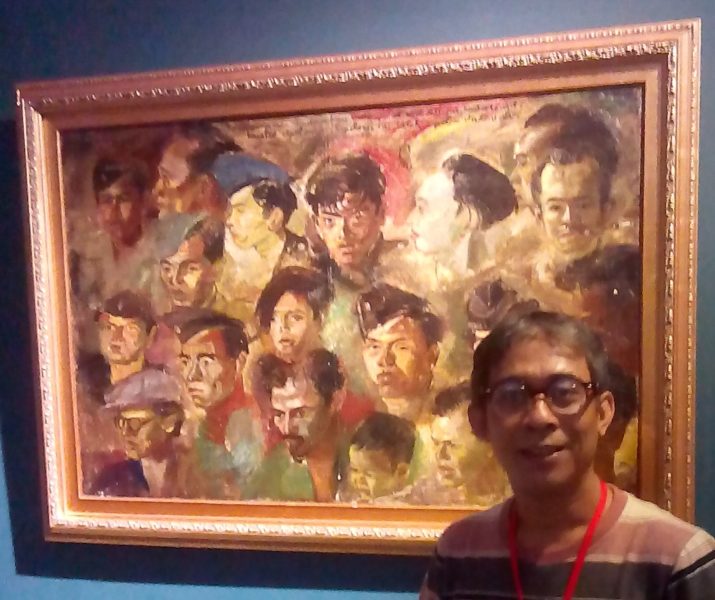 The author poses in front of the Kawan-kawan Revolusi (Revolution Comrades) painting by S Sudjojono. Photo by Nurhayat Arif Permana

Curators Mikke Susanto and Rizki A Zaelani hope to promote nationalism through the exhibit:

At least, this kind of exhibition is expected to be able to grow and keep the love and pride of nationalism in the minds of Indonesian people, especially the youth.