From Harbin to Shenyang, Reminders of Japanese Rule Hang Heavy over Northeast China 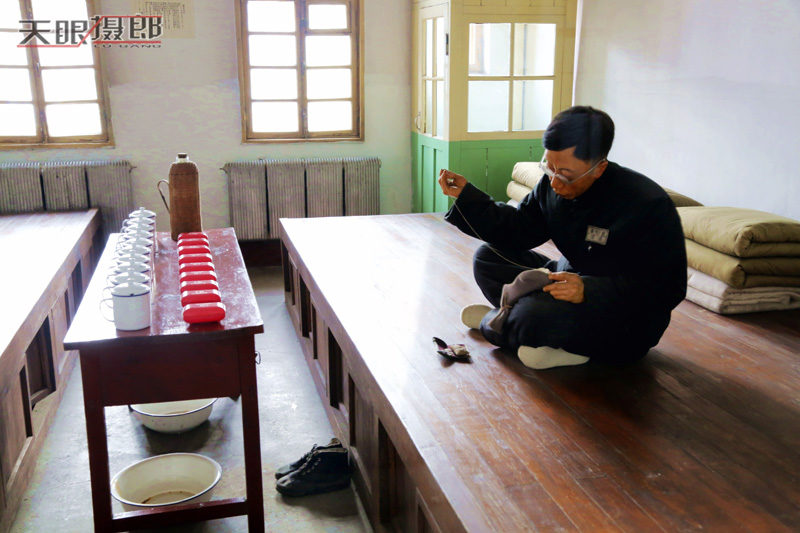 The Ichinomiya Teacher's Association, via a joint Twitter account run by staffers at an Association office in a small city in the suburbs of Nagoya, has been posting some interesting tweets from the city of Harbin, in northeastern China.

A staffer with the association vacationing in northeastern China has captured Japanese colonial architecture and other reminders of the long war Japan waged against China in the 1930s and 1940s.

Some of the most striking snapshots posted to the feed are from the prison known as the Fushun War Criminals Management Center.

The prison in Fushun held about 1,000 former Japanese administrators of Manchuko, the puppet state established with Japanese backing in northeastern China in 1932.

Puyi (溥儀), the last emperor of China, was installed by Japan as the constitutional monarch of Manchuko from 1932 to 1945 and was incarcerated in the Fushun prison along with Japanese administrators and military commanders considered to be war criminals.

While some commentators say Japanese war criminals incarcerated at Fushun were “brainwashed” by the Chinese Communist Party, oral testimony by the prisoners themselves stressed the focus was on rehabilitation and admitting to the crimes against humanity committed by Japanese forces during the long war against China, that began with the invasion of Manchuria in 1931 and continued until Japan's defeat in 1945.

The tweets by the Ichinomiya Teacher's Association account capture some of this sentiment.

Where the Pingdingshan massacre happened. There is a wreath here from the Japanese Consulate in Shenyang, and the Japanese government has officially acknowledged this (atrocity) took place.

While the museum at Fushun undoubtedly serves a political agenda, the exhibits are moving and do humanize a cohort of individuals typically referred to as “Japanese war criminals.”

Top Manchuko colonial civil servant Takebe Rokuzo weeps as he reads the (war crimes tribunal's) judgement against him. No war criminals (at Fushun) were given the death penalty.

The staffer from the Ichinomiya Teacher's Association also witnessed the scene of one of the more infamous crimes committed by Japan during the war in China.

Unit 731 is the name of the facility in northeastern China where Japanese forces conducted gruesome medical experiments on Chinese prisoners.

Other tweets provide a glimpse back not only to the time when Japan managed Manchuko as a colony, but also to a period of strong Russian influence in northeastern China.

Here are some snapshots of Saint Sophia's Cathedral in Harbin, completed in 1932, when about one-third of Harbin's population consisted of ethnic Russians:

The region also has strong ties to the Korean Peninsula:

Next up is Shenyang, the largest city in northeastern China.

The city was known as Mukden during the Japanese colonial era and was the major commercial and industrial hub in Manchuko. Many buildings from the colonial period remain.

Former Shenyang branch of the Bank of Korea.

Hard to confirm, but could these be the residences of former Japanese colonists?

The tour and the tweets wrap up in Qingdao, across the Bohai Sea to the southwest of Shengyeng and Harbin.

A former German colony before being claimed by Japan, Qingdao is famous for its Munich-style lager: