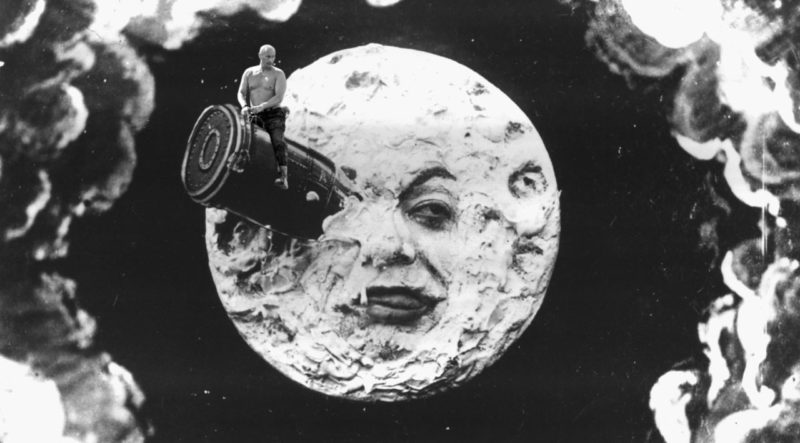 Russian state television may have broadcast false evidence released by the Federal Security Service (FSB) allegedly showing the discovery of a weapons cache belonging to “saboteurs” the Kremlin says the Ukrainian government sent into Crimea. (Kyiv denies these accusations.)

On August 10, the Russian state TV network Channel One aired a news segment with footage from the FSB supposedly depicting the results of a special operation by federal police on August 8: the discovery of dozens of improvised explosive devices, mines, and ammunition, supposedly recovered from Ukrainian spies. Slightly later in the broadcast, there is a brief shot of the Crimean sky with a full moon. Sasha Andreeva, a blogger living in Moscow, points out that the moon depicted in the scene could not have been filmed any later than July 21—the last time there was a full moon in the Northern Hemisphere. 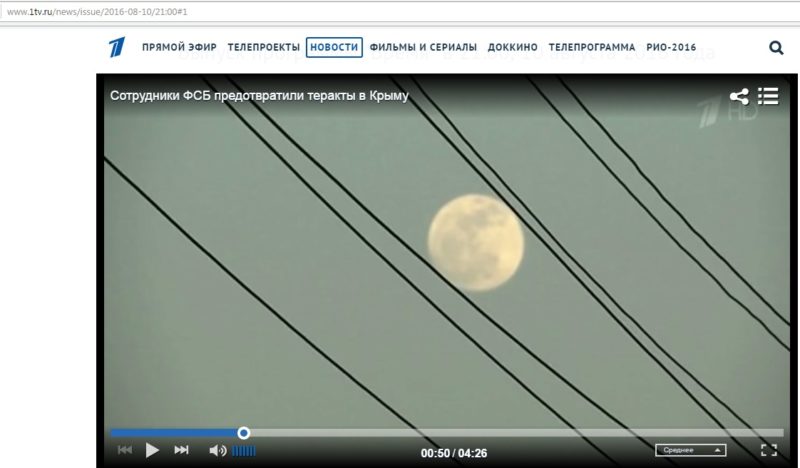 The full moon over Crimea, but when? Image: Channel One

Writing on Facebook, journalist Sergei Parkhomenko shared Andreeva's finding, adding that Russian investigators similarly submitted apparently false evidence against the Ukrainian pilot Nadiya Savchenko, when she was on trial in Russia. “The FSB's academies need to start teaching astronomy,” he joked, referring to research by open-source investigative journalists at the Conflict Intelligence Team suggesting that the shadows cast by trees in the background of video footage of Savchenko's capture actually refute the prosecution's claims about when she was taken into custody, thereby exonerating her. 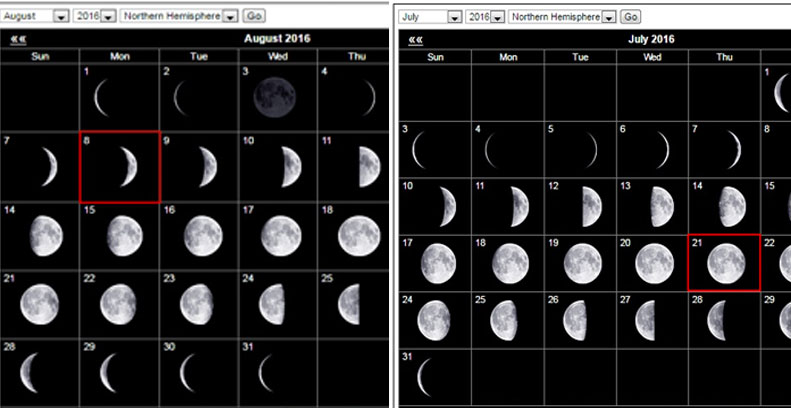 Left: the moon over Crimea on August 8, the day of the alleged terrorist infiltration. Right: the last full moon in the Northern Hemisphere, on July 21. Image: Moonconnection.com.

One thing not entirely clear in Channel One's report on Crimea is whether the shot of the moon is being presented as a scene from the FSB's special operation, or just as stock footage of the peninsula. If the latter, it could be that Andreeva and Parkhomenko are jumping to conclusions.