Turkish Sports Stars Get Caught up in Erdogan-Gulen War 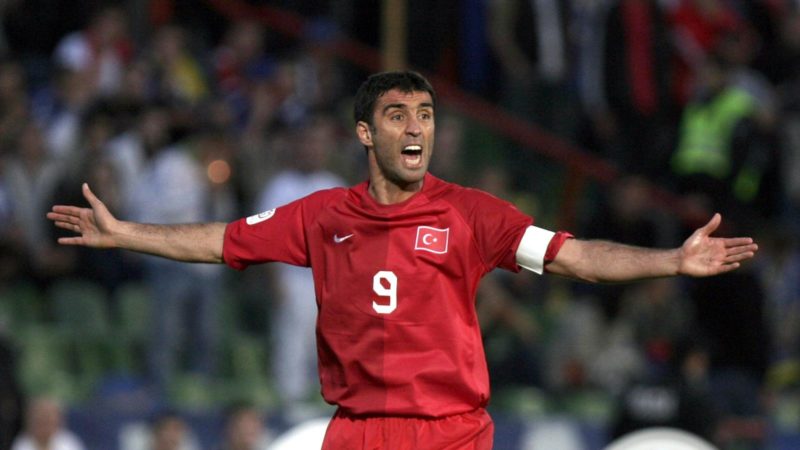 You must move within the arteries of the system, without anyone noticing your existence, until you reach all the power centres.
You must wait until such time as you have got all the state power, until you have brought to your side all the power of the constitutional institution in Turkey.

The above quote attributed to US-based preacher Fethullah Gulen from a sermon that first surfaced online in 1999 is often cited whenever someone is referring to the Islamic scholar-in-exile as a subversive political influence in his native Turkey.

Gulen is accused by the Turkish government of staging an unsuccessful coup in the country last month that left 265 people dead and triggered massive government reprisals targeting thousands of judges, military officers, teachers, academics and journalists.

Now the conflict has reached the world of sport.

In one of the more absurd-seeming news items to emerge from Turkey this week, Turkish prosecutors have reportedly issued a warrant for the arrest of former Turkish football star Hakan Sukur, who holds the all time goalscoring record for the national team.

Best-known for his exploits with Istanbul club Galatasaray as well as being part of the Turkish national team that finished third in the World Cup in South Korea in 2002, Sukur was also a member of the President Recep Tayyip Erdogan's ruling AKP (Justice and Development Party) from 2011 to 2013.

But following the Erdogan and Gulen political fallout that dates back to at least 2012, Sukur apparently chose Gulen, and is now facing accusations of being a member of “an armed terror movement”.

Court (!) in Turkey seizes the private property of world known soccer star @hakansukur and his father because he turned critic of the regime

Remember Hakan Sukur? He is the latest to be declared wanted for arrest over the #TurkeyCoup attempt. pic.twitter.com/no8JxgF55T

In the photo below, Erdogan is on the microphone while Gulen is seated to Sukur's left.

Do you remember #Erdogan?

Ironically, Erdogan was also a former footballer who played in the same centre-forward position as Sukur at semi-professional level, although his sports career never took off in the same way his political career did.

After the coup plot, the plot thickens…

Sukur is not the only Turkish sports star caught up in the Erdogan-Gulen standoff.

The center for the Oklahoma City Thunder NBA basketball team, Enes Kanter, recently announced he had changed his surname to Gulen to show support for the reclusive philosopher.

Kanter has been disowned by his family in Turkey as the nationwide purge of what Erdogan has called the Gulen “virus” continues.

Kanter's unwavering commitment to Gulen obvious across his social media accounts lends credence to the argument that the Gulen movement, Hizmet, has cult-like qualities.

Turkish NBA player Enes Kanter disowned by family for being a Gulenisthttps://t.co/j0FkK9HCGU

Family of @Enes_Kanter -NBA star-couldn't stand up to the wave of Erdoganists in #Turkey They rejected him pic.twitter.com/oEBmCDvTY7

Meanwhile, there is no mistaking whose side the notorious pro-Erdogan Daily Sabah newspaper is on:

“God, take my lifespan and give it to my hodja,” says Gülenist terror-cult supporter NBA player Enes Kanterhttps://t.co/WHknRZMaVj

Although Kanter's defence of Gulen will sound familiar to anyone who has lost friends or family to cults, his family's disownment of him is equally worrying, as media comparisons between Turkey in 2016 and the purges of the Stalin-era Soviet Union continue to bear fruit.

Erdogan has repeatedly demanded the United States extradite Gulen, who is reportedly suffering from a long-term illness.

Gulen's global network of schools and universities has also come under a renewed diplomatic siege from Ankara since the July 16 coup attempt, with Turkish officials demanding governments around the world shutter institutions linked to the scholar.