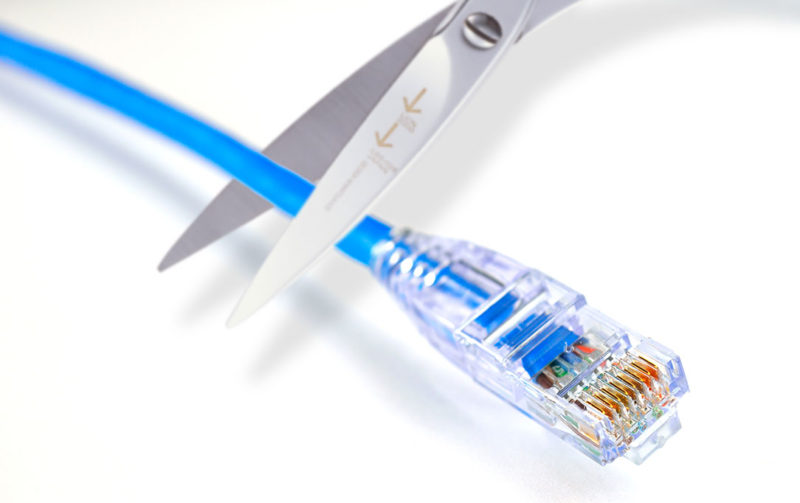 Russian officials shut off Internet access in northern Crimea, near the border town of Armyansk, where Moscow claims to have prevented an armed incursion by Ukrainian spies, according to Olga Kovitidi, Crimea's representative in the upper house of the Russian parliament and a member of the Federation Council's committee on national defense. Kovitidi told the independent television network Dozhd that Internet access has been disabled in the area to assist police in their efforts to apprehend armed “saboteurs” who allegedly infiltrated from mainland Ukraine.

Shutting off Internet access was “for security reasons,” Kovitidi explained. “This was to ensure that certain special forces… so there would be no infiltration… For security reasons, these measures were necessary, and people understand why.”

As early as August 8, two days before Russian officials publicly accused Kyiv of orchestrating an armed incursion of “saboteurs,” there were reports of widespread Internet outages across northern Crimea, particularly along the border with Ukraine. According to Russia's Federal Security Service, the first of two skirmishes with Ukrainian intelligence agents occurred on the night of August 7, outside the border town of Armyansk, where the Internet reportedly stopped working the next day, along with withdrawals from local ATMs.

On August 9, the telecom “Krymtelekom” responded to reports of Internet-access disruptions in areas along the Crimean border, blaming the outages on regular maintenance work. In a press statement, the company said it planned to restore Web access by August 10, though reports of Internet outages continue.

It remains unclear how exactly the Russian authorities managed to shut off Internet access in Armyansk and the surrounding area, whether Krymtelekom or other telecoms were involved in the decision, and whether the government is still actively disabling the Internet in this region.

Update: Senator Olga Kovitidi later claimed that Dozhd television took her comments out of context, clarifying that Internet outages in northern Crimea are the result of technical maintenance to expand network capacity to meet growing consumer demand. She claims Web service should be restored within the next 24 hours. Senator Kovitidi's apparent retraction comes despite an August 10 press statement by the local telecom SkyLine that Russia's Federal Security Service ordered it to cut Internet service to Crimean border cities, as part of a search effort to capture men accused of attacking police officers in the region.