Killed in the Quetta Bombing, Mehmood Khan Was a Dreamer and the Best of Pakistan 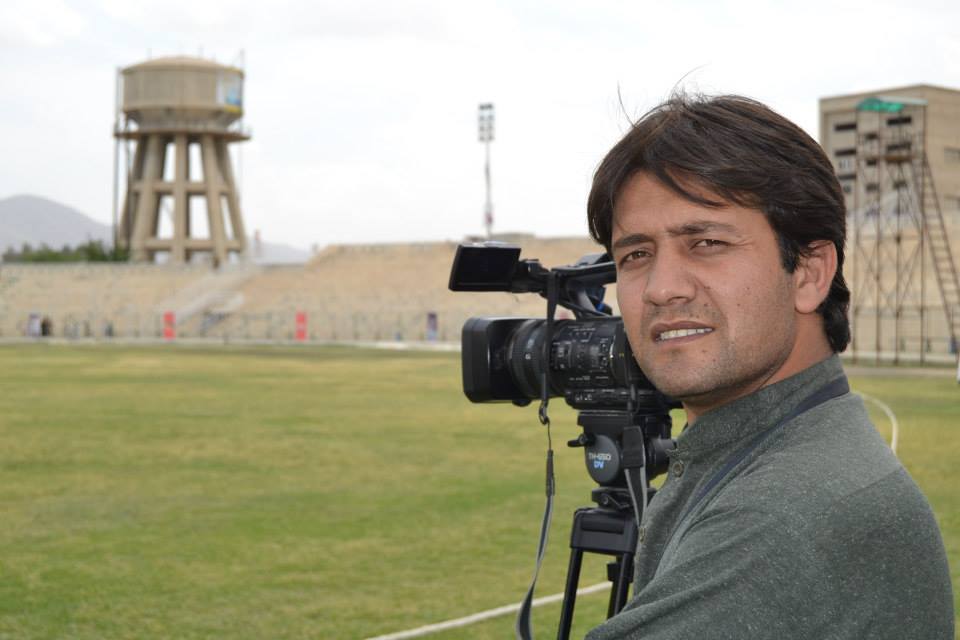 From Mehmood's Facebook page. Photo by Asmat Khan Asmat, a photographer with the Quetta Press Club.

On the week of Mehmood's 26th birthday, Ali Shah's heart is broken, and so is mine.

When I spoke to Syed Ali Shah, my friend and former colleague from Pakistani TV channel DawnNews, last night, he said, “Mehmood left this world and took his dreams with him.”

DawnNews cameraman Mehmood Khan was killed in the Quetta hospital bombing on Monday, two days before his birthday. This is a monumental loss. Mehmood represented the best of Pakistan and Pakistani media, an industry that helped transform him from a security guard into a skilled tech-savvy media professional within seven years.

The media industry has many flaws, but is one of the rare places in Pakistan with strong a tradition of taking in everyone, irrespective of background and education. Everyone takes care of each other. As long as you are willing to learn, it's a place where you can actually grow through pure hard-work and passion.

Mehmood thrived in Pakistani media and Ali Shah mentored him and supported him all along the way.

When I left DawnNews six years ago, DawnNews Quetta Bureau Chief Ali Shah was trying to get Mehmood Khan hired on staff as a video editor. In one of my last editorial calls with Ali Shah, he asked me to put in a good word for Mehmood. 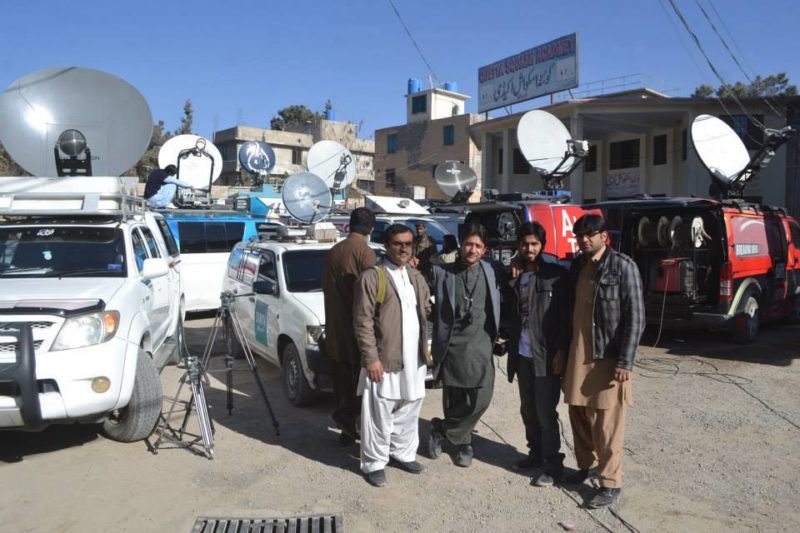 Mehmood Khan with colleagues surrounded by broadcasting vans from a number of news networks in Pakistan.

Mehmood walked into our Quetta bureau by pure chance. A private security company assigned him there. He was young, in his late teens, and already supporting a small family. He always had a newspaper in his hand, and the DawnNews staff were intrigued by him. Mehmood was intrigued by the media world. 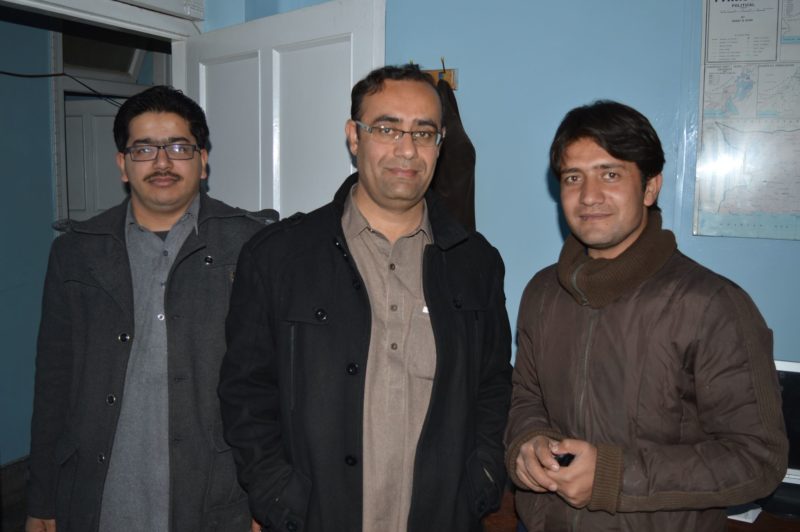 Mehmood Khan with Ali Shah in the middle and another DawnNews colleague Zubair Ali Khilji (right to left) at the Quetta DawnNews office. From Mehmood's Facebook page.

Within months he was staying after his guard shift and cutting simple video sequences at the speed that was needed in the chaotic 24/7 cycle. It only made sense to Ali Shah that Mehmood leave his security job and that DawnNews hire him as a video editor. They needed him. 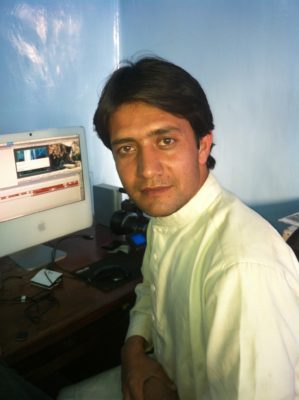 Soon he was a part of the news team, but he kept learning and acquiring new skills. A couple of years ago, he was promoted to a cameraman. He wanted to be in the field. His dream was to be a reporter, he was saving up to do his Masters in Mass Communications.

Mehmood proved himself every step of the way. He learned everything he knew about Final Cut Pro and video editing, because he showed a curiosity and a willingness to help, and in turn, his DawnNews colleagues taught him what they knew and encouraged him to learn. But you’ll never hear any of his colleagues take credit for him. They say he was a dreamer and on his own path.

Mehmood was always trying to better himself and grow. All while he was supporting his seven kids, three of whom he adopted after a family tragedy.

Sahar Habib Ghazi is the managing editor at Global Voices and lives in the San Francisco Bay Area. She worked as a broadcast journalist in Pakistan from 2005-2010.