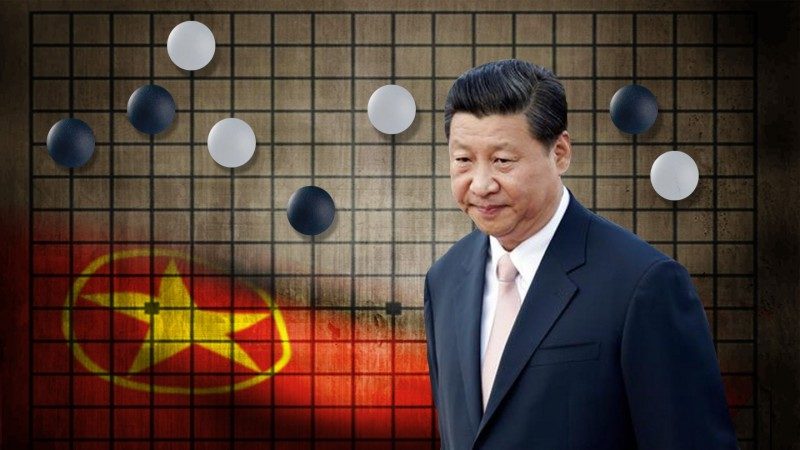 The reform plan, outlined by the Communist Party of China (CPC) on August 2, is based on an internet-focused strategy to turn the bureaucratic organization into an online campaign movement that “reinforces youth belief in the CPC and pumps vigor into the cause of national rejuvenation.”

Since the 1980s, the Communist Youth League served as a launching pad for China’s political elite. Key government positions at the central and provincial levels are often filled by the league's members and alumni, known as tuanpai or the “league faction”.

Under President Xi Jinping the tuanpai have increasingly been marginalized. President Xi's predecessor Hu Jintao and his former chief of staff Ling Jihua were top tuanpai. Jihua was caught in a corruption scandal, and, recently, jailed for life. Ling Jihua's downfall raised scrutiny over the tuanpai and the Communist Youth League.

The reform comes after the CPC Central Commission for Discipline Inspection launched a damning corruption investigation into the league and published a statement earlier this year. It criticized the league for its undesirable work methods, including “formalism, unnecessary bureaucracy, aristocracy [or nepotism] and a focus on entertainment”.

The League has approximately 89 million members between the ages of fourteen and twenty-eight. Half of its members are students. Members of the CPC often start building their career in high school as officers of the Communist Youth League. Students with family members in the party or the government are more likely to be recruited as committee members or in the league's important positions at an early age. These positions make them more likely to receive scholarship opportunities and professional recommendations from the League.

The transformation of the League from a brick and mortar bureaucracy into an online campaigning organization did not happen overnight. In 2015, leaked emails revealed that the League was trying to recruit 20% of its members into online ‘youth civilization volunteers‘ to spread positive energy and “purify” the internet. Under the reform plan, the League will continue to strengthen its “internet engineering” and turn the organization into “internet plus Communist Youth League”. The term “internet plus” is a policy buzzword in China these days.

Reactions to the reform has been quite varied. Some see the reform as an attempt to marginalize the League, but others see it as an opportunity for the league to extend its influence. China Digital Times published some comments from China's Twitter-like platform Weibo. This commenters believe it was about time that the “tiny pink”, a term that refers to members or supporters of the league, were reined in:

The whole point is to reduce permanent manpower and increase temporary workforces. Some people will lose their rice bowls. That's why some people are jumping up and down these days.

The key is downsizing the personnel structure, the direct promotion channel has been cancelled and members of the league is no longer a reserved cadre club. It has been downgraded to “mass organization”. (Do you understand, tiny pink?)

First, the Central Committee inspection team criticized the League's central committee for being aristocratic and catering to entertainment. Followed by budget cut and now downsizing the organization. Yet some see the word “Internet plus” as a supportive gesture…

The best reform is to abolish the organization! The Communist Youth League and its tiny pinks are like a religious cult. It keeps bullying around and gives out labels. They are so terrible and I am glad that I haven't been surrounded by these kind of folks. Everyone should keep away from them.

But fans of League insist the party's Central Committee is still supportive:

To strengthen the development of Communist Youth League in the virtual space and recruit more youth into the League, this is a supportive gesture, not repressive.

The reform proposal mentions a full implementation of internet plus Communist Youth League. It is a signal showing that the Central Committee has assigned an important role to the League and supportive of their work.

What exactly is “internet plus Communist Youth League”? Bai Xin wrote a commentary on iYouPort, an independent online news outlet, on the digital strategy in the future organization of the league's civilization volunteers:

The document, entitled “The Construction of Youth Credit System 2016-2020″ and published jointly by the Central Committee of the Communist Youth League, the National Development and Reform Committee and the Central Bank, has laid out the initial framework for the current reform plan. It plans to recruit 20 million youth into a volunteer system which is integrated into a credit system — the credit will be evaluated according to their voluntary work (such as their participation in online attacks or off-line assemblies). The credit will be awarded with a bonus, such as access to start-up funding, airfare discount.

The writer further predicted that the transformation of the League from a bureaucratic organization into an online campaign organization mediated through the credit system will eventual give rise to a form of authoritarian populism centering around party leader Xi Jinping:

In China's future political stage, a more aggressive youth movement organization will enter the scene, it is an institutionalized army of tiny pinks who plead loyalty only to Xi.