Activists in Puerto Rico Are Fighting to Keep Beaches Public 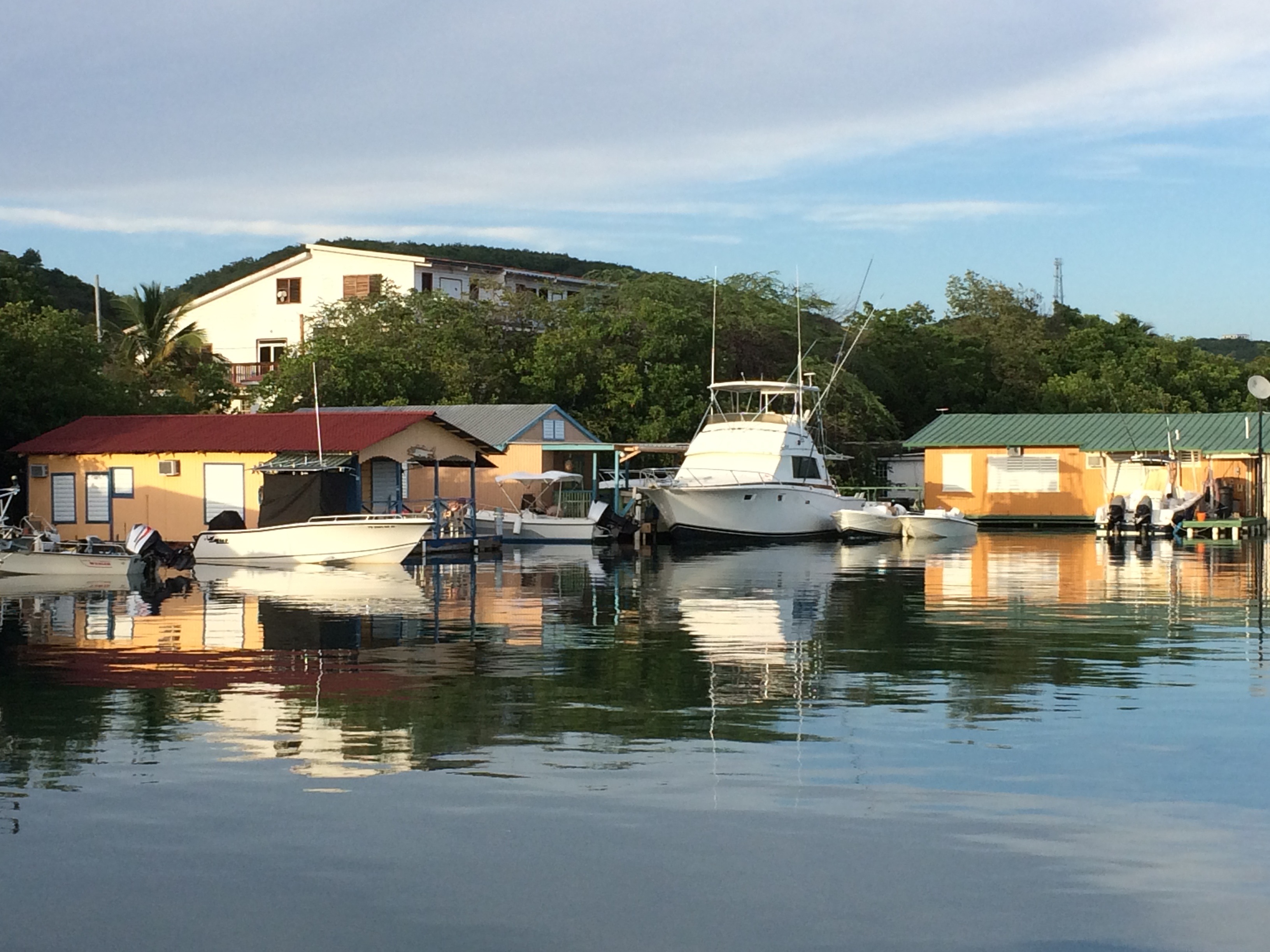 Environmental activists and experts in Puerto Rico took a sigh of relief when a law that sought to privatize La Parguera, a public maritime zone in the western coast of Lajas, was rejected. But their battle is far from over. Several public beaches and maritime zones are fighting privatization proposals.

Project #1621, the bill that was recently rejected, intended to legalize floating water houses or casetas. Illegal casetas have existed in La Parguera for decades. The bill would have legalized these homes, allowed the owners to rent the property for up to 40 years and it would have turned the free public space along the casetas into an exclusive tourism zone.

Local mayors and business owners defended the proposed bill, stating that it could help increase tourism in the region. Some residents said that the owners of such homes help boost the local economy, claiming that they contribute around 2 million US dollars to the small town, which represents 20% of Laja's budget.

“The beaches belong to the people”

Despite its supporters, environmental activists staunchly expressed their opposition through protests and social media, with the phrase “Las Playas son del Pueblo” or The Beaches belong to the People, which  has become the official slogan for the anti-privatization movement.

Amigos del MAR (Friends of the SEA), an environmental organization founded in 1995 to protect Puerto Rico's natural resources, were actively lobbying against the bill, writing a letter to Governor Alejandro García Padilla urging him not to sign the controversial law, and recommending various, eco-friendly alternatives, such as allocating funds for studies related to environmental protection.

Legal scholars from various universities in Puerto Rico also joined environmental leaders in trying to orientate politicians about the potential effects of Project #1621, stating that it establishes a disastrous precedent because it conforms to an ongoing tendency of privatization in public areas and it would potentially eliminate access to such spaces.

In 2014, the Interdisciplinary Center for Coastal Studies at the University of Puerto Rico-Mayagüez published a comprehensive study of the environmental history of La Parguera, detailing its origins as a small fishing village to a popular tourist location with hotels, shops, restaurants and recreational activities. Famous for its Phosphorescent Bay, “the marine resources that were once the source of income for subsistence, recreational, and commercial nearshore fishing are mostly gone,” making the old fishing village a now distant memory for locals. The study also states that the casetas are indeed illegally occupying the zone and that they “constitute one of the key elements defining policy and governance.”

The law's original text stated that owners of these casetas have paid the expenses related to the sewage system in La Parguera, but this is also because the houses were responsible for much of the contamination in the area, as stated by the Association of Architects and Landscape Architects.

Puerto Rican anthropologist Rima Brusi has interviewed caseta owners, and, while these constructions are in fact illegal, many individuals are attached to them because they grew up there with their families. However, Brusi adds that there is a sense of ambivalence among locals regarding the law. The majority of the caseteros (floating house owners) belong to the professional class, with some residents claiming that they are typically wealthy, usually own other homes, and limit their boats’ access to the bay, but they also offer some temporary job opportunities cleaning or fixing anything in the casetas.

“Marriott, enemy of the environment.”

Project #1621 was only one of several bills that intended to commodify public spaces on the island. In November 2015, an altercation between Marriott hotel's administration and environmental activists made headline news after a ten year struggle erupted into a protest in Isla Verde Beach in Carolina. The organization Coalición Playas Pa'l Pueblo had established a camp site in Isla Verde over 10 years ago to protect free public access in a beach located in the northern city of Carolina. But in 2015, Playas Pa'l Pueblo received an eviction order from the township. Agencia EFE reported last November that the Puerto Rico National Parks Company had transferred the maritime zone to the city of Carolina in 2003; however, CH Properties, a real estate firm affiliated with Courtyard Marriott, has a 99 year lease on the site. 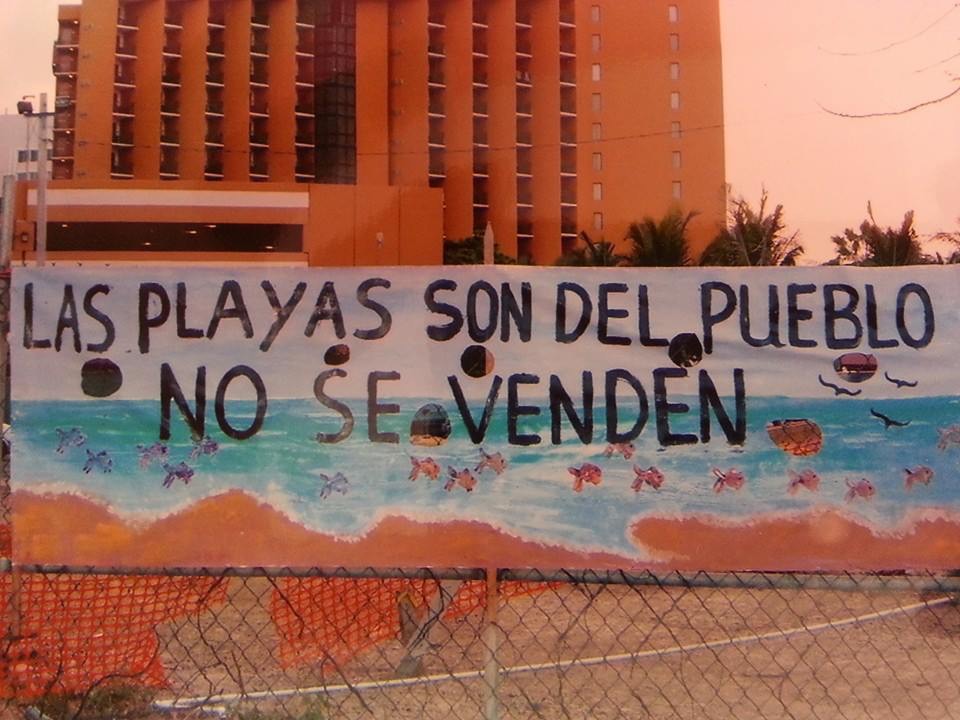 Mural in Isla Verde Beach: “The beaches belong to the people, they are not for sale.” Taken from Amigos del MAR's Facebook page. Used with permission.

Amigos del MAR and Playas Pa'l Pueblo remain two of the most important environmental organizations trying to protect public beaches from privatization, stating that doing so would also affect Isla Verde's ecosystem, including a Leatherback Sea Turtle nest located on the area that could potentially become property of the Marriott. Earlier this year, the Carolina Appellate Court ordered the eviction of Amigos del MAR protesters from Isla Verde, but Carolina mayor José Carlos Aponte Dalmau was against such action, stating that it represents a violation of their constitutional rights. 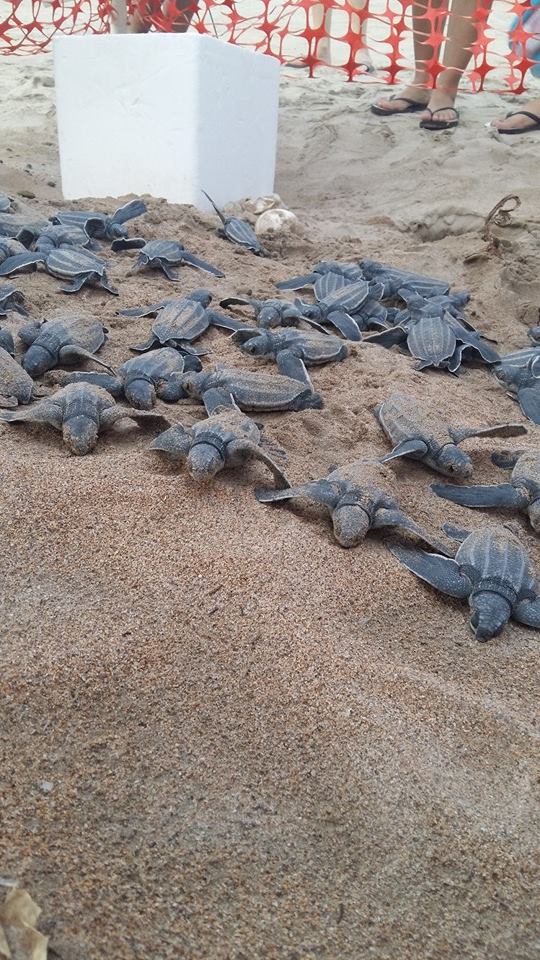 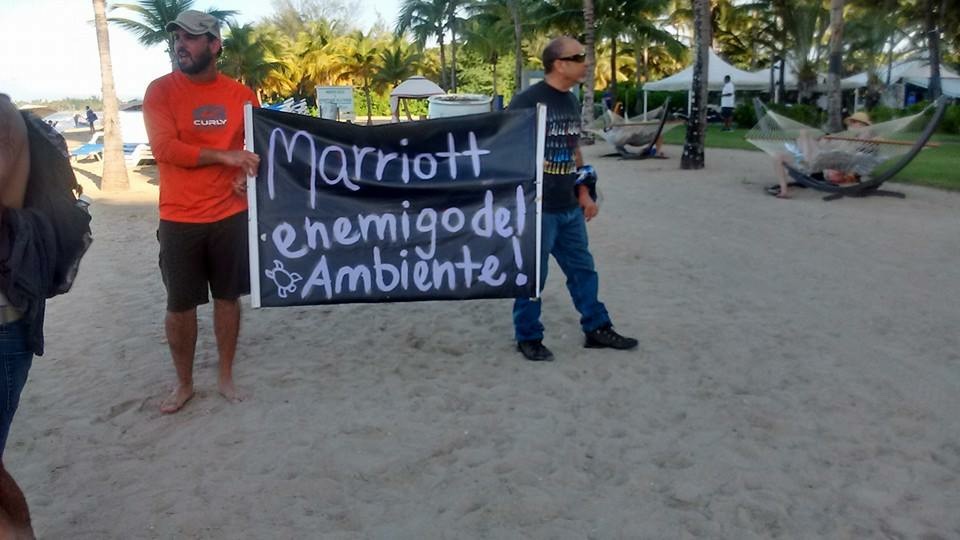 Another bill proposed this year by the House of Representatives was Project #2853, which intended to legalize the privatization of Puerto Rico's coastal zones. This project would have created a Trust for Ecotourist Conservation in Puerto Rico under the Department of Natural Resources for granting special licenses for the private use of the coastal maritime zone. The bill was rejected by the Senate, and during the night of its hearing, activists gathered outside the Capitol of Puerto Rico to protest, and activist Alberto de Jesús, better known as “Tito Kayak”, climbed a flag pole and replaced the American flag with one that read “Beaches belong to the people.” 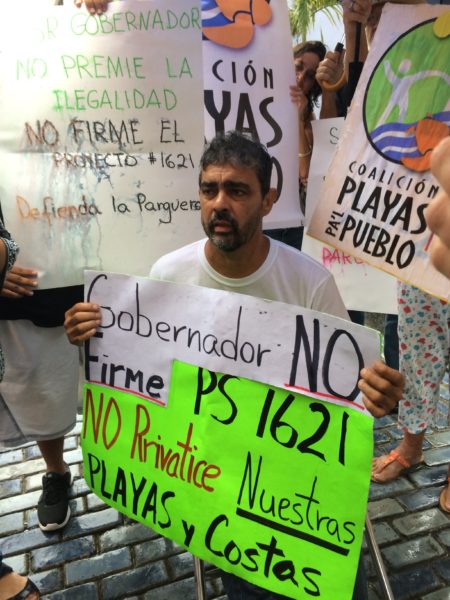 Tito Kayak started a hunger strike to protest the proposed bill. The bill was vetoed later by the Governor. Photo courtesy Diana Valle.

While organizations, academics and environmental activists have united forces to protect public spaces and the Puerto Rican ecosystem, the island is routinely plagued by attempts to privatize beaches as an effort to boost tourism. On Friday, August 6, Amigos del MAR organized a protest in front of the Fortaleza in San Juan, the home of the island's Governor. The group used social media to encouraged Puerto Ricans to contact the Fortaleza via phone and urge Alejandro García Padilla not to sign the bill, and activist Tito Kayak announced a hunger strike to protest the project. Campamento Contra la Junta, a camp site established by activists against the federal control board (PROMESA) in front of the Federal Courthouse, also expressed their solidarity for Amigos del MAR.

The bill was vetoed by the Governor on Saturday night, August 7. While this struggle proved to be a triumph for environmentalists, similar projects, like Marriott's expansion, are still ongoing and the future of Puerto Rico's shore will remain uncertain while similar proposals are presented.