Food Trucks Have Arrived in Hong Kong, But Not Everyone Is Lining Up 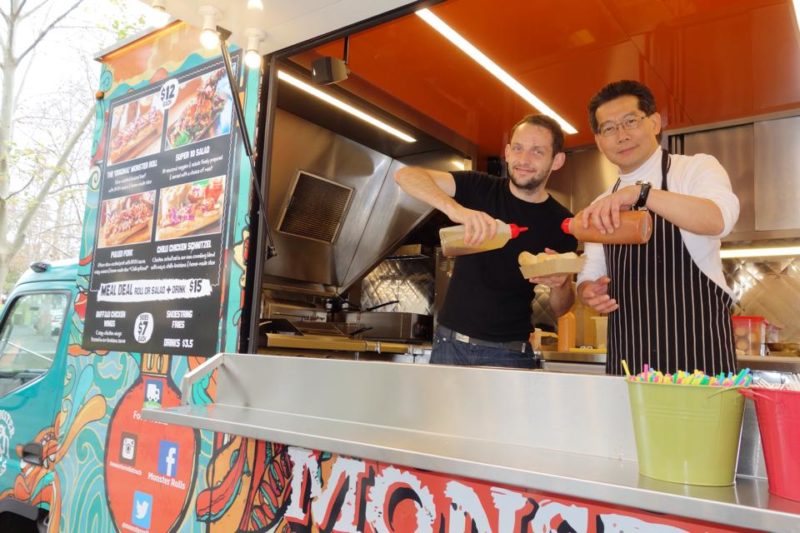 All around the world, people have lauded the food landscape in Hong Kong for its diversity and international offerings. For the first time ever, Michelin last year even included the city's street food in its guide of Hong Kong's local cuisine. The arrival of food trucks should be adding new colour to this smorgasbord, but locals find the imported culture a misfit.

The idea of bringing in food trucks first appeared as a tourism initiative in the Budget Speech 2015-2016. After a year’s deliberations, the Food Truck Pilot Scheme was finally launched on March 30, 2016.

The government made a public call for proposals and issued 16 licenses for the pilot scheme. The competition was vigorous: a total of 192 applicants competed for 16 licenses. The applicants had to submit a written proposal, prepare a HK$600,000 (approximately US$77,400) start-up cost, so as to operate a kitchen that meets extremely strict hygiene standards. Those who were short-listed then entered a culinary contest and presented their set menus to food experts and representatives of the travel industry, representatives of venues for food-truck operations, and government officials.

As expected, more than half of the licenses ended up in the hands of big corporate food subsidiaries, which leveraged their experience in the fast-food industry.

Many, however, believe the food-truck scheme is poorly and unfairly designed. Kenneth Ip, a local architect, for example criticizes the licensing process for killing the grassroots spirit. In an article published on Hong Kong Free Press, he wrote:

those wanting to try their luck at operating a food truck in Hong Kong need to prepare a proposal outlining the type of food they would be offering, the design of their truck and their financial soundness. The entire process reads like a case of over-management and a complete contradiction to the grassroots spirit that gave rise to food truck culture.

Indeed, even though local micro-entrepreneurs received ten bonus points in the licensing consideration process, the start-up cost and kitchen management costs are enormously high because of the strict hygiene standards demanded by the government.

Kenneth Ip also argues that the design of the food truck is at odds with the local urban landscape:

It is no coincidence that the rise of the gourmet food truck came from Los Angeles, a city well known for its automobile culture. Los Angeles is a city built around the car, with ample infrastructure such as parking, allowing for food trucks to thrive. Inversely, Hong Kong is a city more known for its lack of space and traffic congestion. It is hard to not see the government’s initiative for food trucks as a mere superimposition of foreign culture into Hong Kong, taken hugely out of context without considering whether such introductions are suitable for the city.

While the winning cuisine is said to demonstrate Hong Kong's East-meets-West food culture, local residents have complained that it dilutes the truly authentic tastes of local cuisine. Commenting on a news article about the food-truck contest, readers shared some of their anger:

Most of the finalists did not cook affordable local-style snacks like fish-meat dumplings, fish balls, beef intestines, deep-fried fish wrapped in vegetables… Just by looking at the name and photos of the food items, it seems that the cooking method is not fast or simple enough. Then, when the food trucks are operating, the set prices are the key. If each portion is sold for more than HKD$30. What’s the selling point and the competitive edge? (And they enjoy monopolized status in the designated locations.)

Does the selection panel even know what Hong Kong street snacks are?

And what of locals’ nostalgia for that comforting mix of food stores and street food carts? The biggest roadblock to such a revival is the government's approach to health and safety. Rather than institute more rigorous inspections and a stricter legal framework for businesses’ operations, state officials have preferred simply to issue fewer permits to vendors.

To rescue the vanishing local street food culture, a number of civic groups have proposed a food-cart program, urging the government to re-issue “hawker licenses” to grassroots street venders. The grassroots scheme only requires around US$1,000 start-up costs and it proposes a modified-bicycle-style cart that accommodates the city's urban landscape.

The mobile food service should not be restricted to touristic sites. It should make use of public space and empty space in urban areas, such as parks, landfills, spaces underneath the overpasses, and so on. so that local residents can also enjoy the service.

The government's proposal only caters to the needs of tourists and food corporations. The grassroots project can promote a more diverse food culture, creating job and making use of small unused spaces in the community to provide inexpensive food to local residents. The scheme would benefit all.