#RallyForTheValley Brings Attention to the Plight of Dam Victims in India 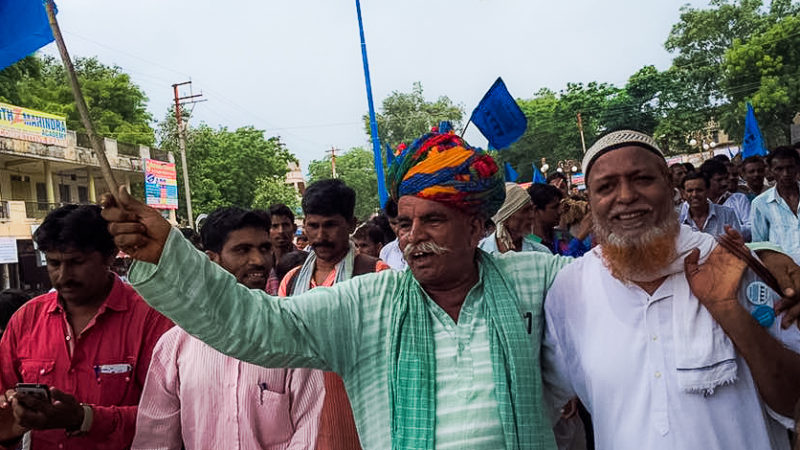 Protesters at the #RallyForTheValley. Image by Suresh Ediga. Used with permission

Hundreds of people from many places in India joined a protest at Indore Station on July 30 under the banner ‘Rally for the Valley’, in support of 45,000 families whose homes are on the verge of being submerged due to a river dam.

In 2014, the government of Gujarat state, in western India, permitted the height of the Sardar Sarovar Dam on the Narmada River to be increased by 17 metres (from 122 to 139 metres), and now the government has taken steps to fill the dam to its full reservoir level.

Medha Patkar, a social activist, politician and one of the initiators of the Narmada Bachao Andolan, a resistance movement that grew alongside the dam, says that if implemented, this decision will affect the livelihoods of more than 45,000 families.

On the same day, another rally titled ‘Narmada Jal-Zameen Haq Satyagrah’ (Satyagraha or ‘Insistence for Truth’ for Narmada water and land rights) commenced on the banks of Narmada River in Badwani district of the central Indian state of Madhya Pradesh. The participants included indigenous victims already evicted and are living in different resettlement and rehabilitation sites offered by the government. Suresh Ediga, uploaded the video of the protests in Facebook:

Students from Kerala marching in solidarity from Badwani to Rajghat and singing in unison passionately and fierce fully all along the way.

Almost 350 – 400 people representing various organizations across the country from Gujarat to Kerala to Delhi to Odisha to Jharkhand to Maharashtra to Bangalore joined the Narmada Jal – Jameen Haq Satyagraha. 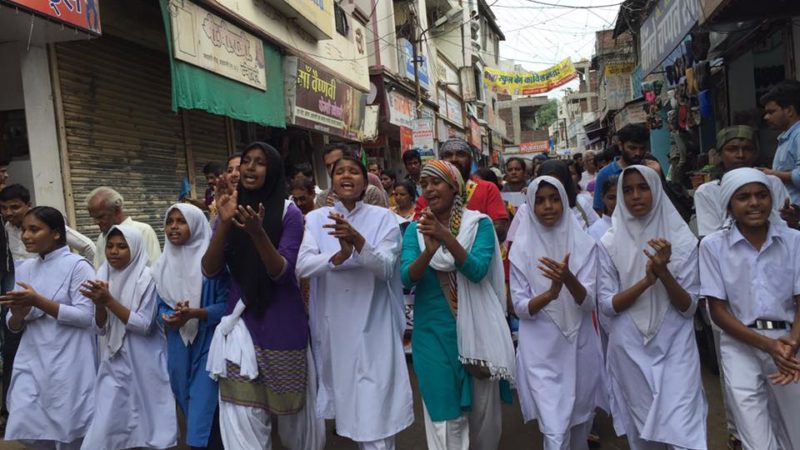 Image from the rally. Photo by Suresh Ediga. Used with permission

Right from its inception, the Sardar Sarovar Project, one of the largest hydroelectric projects in the world, has been subject to harsh criticism.

31 years ago people living along the vicinity of River Narmada rose up against a government decision to convert the pristine river into a series of dams and reservoirs which would submerge their lands. In these 31 years much is gained and a lot lost but nothing is forgotten. Narmada Bachao Andolan till this date remains the largest people’s mobilization around environment that this country has ever seen. 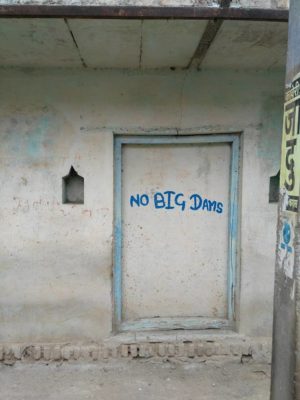 The Pipri village in Badwani district has over 600 houses, who said NO to the survey by the government and NO to their paltry compensation as well. Image by Suresh Ediga. Used with permission

Writers, filmmaker, artists, academics and environmental activists have criticized the official policy regarding the dam as not seriously considering the fate of those affected by it. Kailash Awasya, who has been associated Narmada Bachao Andolan for the past 25 years, writes:

The height increase work has finished in the Sardar Samovar Project which is a blatant violation of law and judgements of the Supreme Court. They should have initiated the rehabilitation of people in the affected areas first, and then only started the work [..]

Since 2014, when the current National Democratic Government took power in Delhi, the Narmada Bachan Andolan has been spearheading protests against officials’ handling of the dam, which they say has marginalised the communities affected by it, among others in the periphery. Some reports point to families being excluded from the list of people deserving compensation and rehabilitation. A whole township, Dharampuri, is no where to be found on the project-affected list. 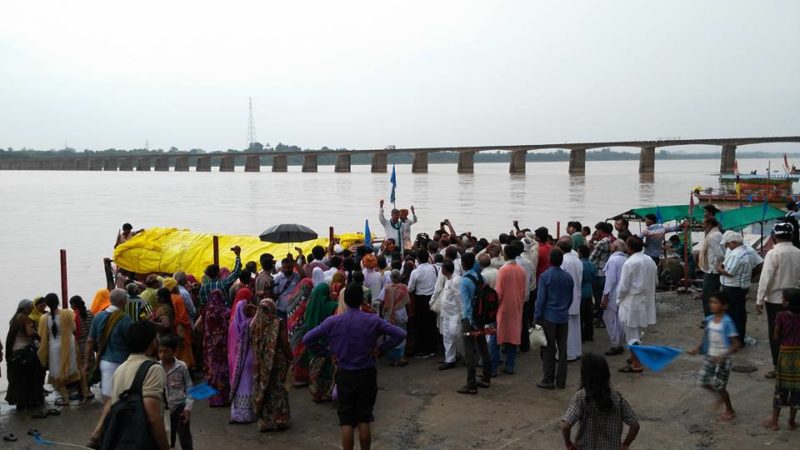 The Narmada Bachao Andolan is often heralded as one of the largest non-violent resistance movements in India. It has been constantly engaged in grassroots research and activism and fought court battles in an effort to get justice for those affected by the dam. Writing for the political commentary site Kafila, Ashwin V.S, who had been a volunteer with the organisation for the past three months, accuses the dam project of being an all-around disaster:

The construction of the Sardar Sarovar Dam is complete and the gates remain to be closed. Cases of massive corruption, undeniable environmental damage and loss to property and life accompany this disaster while the projected benefits of the project have also succumbed to forces of private capital and are being diverted for their benefit than to any of the project-affected people.

If government apathy continues, so will the devastation for the people who rely on the river.