Trinidadian Guitarist Fitzroy Coleman, ‘the Greatest Chord Player of All Time’, Has Died 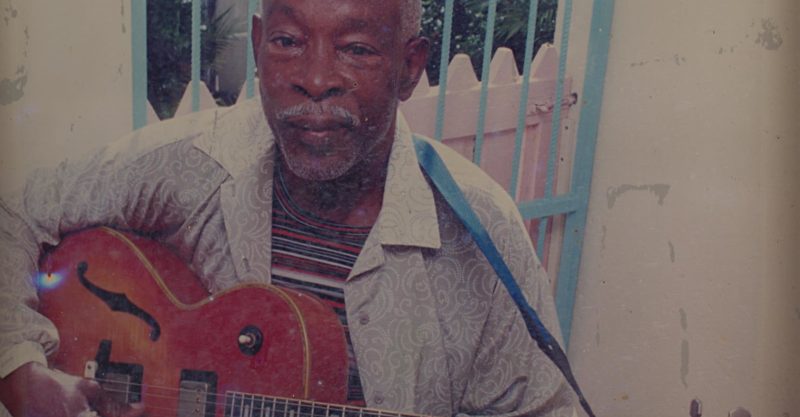 “The great Fitzroy Coleman” — photograph of an existing image of the chord master, taken by Robin Foster and used with permission. Original photographer unknown.

On July 26, 2016, Trinidad and Tobago lost one of its greatest musicians — the brilliant guitarist Fitzroy Coleman — at the age of 93.

Coleman had an inimitable style of playing; it was perhaps one of the qualities that made the popular website DigitalDreamDoor.com rank him Number 93 on its list of the world's greatest jazz guitarists, alongside more internationally acclaimed greats like Wes Montgomery and Django Reinhardt.

Trinidadian sound engineer Robin Foster, who knew Coleman well, posted several photos of the guitarist, as well as videos of past performances, one of which showed him backing Mahalia Jackson, recorded by the BBC in the early 1960s. On Facebook, he said:

In a telephone interview, Foster described Coleman as a “genius” — and, as many geniuses are, he was a “very emotional” man, Foster said, adding that injustices affected Coleman deeply. Foster confirmed that two of the most renowned classical guitarists in the world, John Williams and Julian Bream, once told Coleman that they considered him “the greatest chord player of all time”.

As a young man, Coleman was in high demand to perform at social events for the who's who of Trinidad society, as well as the American soldiers who were stationed on the island during World War II. A musical autodidact, he left Trinidad in 1945 and went to London to be part of a Caribbean band. While there, he was a regular fixture on the BBC, accompanying great talents such as Tony Bennett, Lena Horne, and Eartha Kitt, as well as established calypsonians such as Lord Kitchener and Roaring Lion. 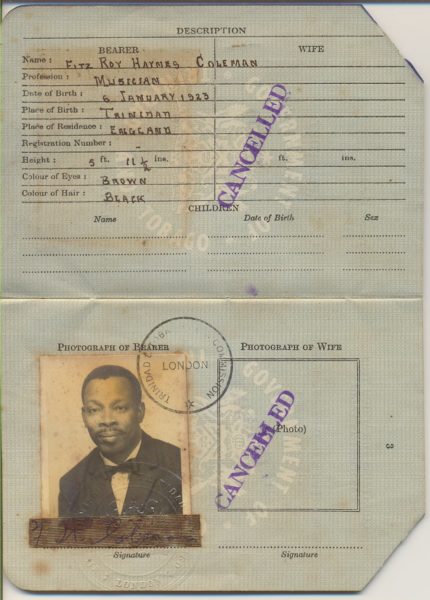 Upon his return to Trinidad in 1960, however, Coleman was “badly treated”, according to Foster, who says that his peers felt intimidated by his superior musicianship. “Trinidad had this world-class musician”, Foster lamented, “and people here don't even know his name.” He also recalled what it was like to watch him play:

Amazing! He would hear these impossible chords in his head and then actually find a way to play them. He was so inventive when it came to chord progressions. He told me it once took him two years to perfect one chord — and in addition to playing these remarkable chords, he would play the notes as a running bass line along with the chords — and put in a melody on top of that. He knew more than 900 songs by heart and could play them flawlessly.

Although Coleman was recognised by the Jazz Alliance of Trinidad and Tobago in 2013, he was very much an unsung hero in the land of his birth.

A legend in his own right, calypsonian David Rudder — who paid tribute to Coleman in his classic song Calypso Music — posted this Facebook status update on hearing of Coleman's passing:

Fitzie's gone boy. We wasted his brilliance. We only entered his library now and then. What a people eh!

For people like him, let's hope that there really is an afterlife so that his fingers can dance across the fretboard again. RIP boss.

Funeral arrangements are still to be finalised.