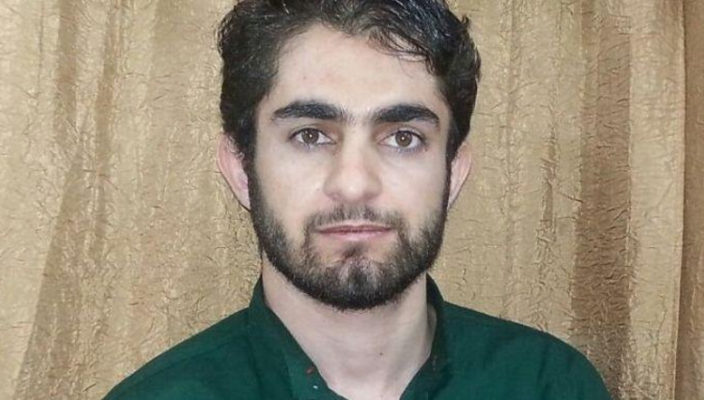 The Iranian government has reportedly executed dozens of Sunni prisoners at Gohardasht prison, an institution notorious for its mistreatment of political prisoners, including Shahram Ahmadi, a prominent prisoner of conscience. Relatives were reportedly asked to come to the prison to say their final goodbyes, but upon arrival were directed to the morgue to collect the bodies of their loved ones. The executions mark the state's continued policy of systematically and brutally targeting political dissidents and ethnic minorities.

At least 36 Sunni prisoners were transferred to await execution and reports indicate that at least 20 prisoners were executed on Tuesday, August 2, with some reports stating that the total could be as high as 29 people killed. Sunni prisoners in Gohardasht have reportedly gone on a hunger strike to protest the executions.

Ahmadi, a 30-year-old ethnic Kurd and a Sunni activist in Iran, and was arrested in 2009. In an interview with Voice of America, Ahmadi disclosed that he had been in solitary confinement for a period of 33 months.

Throughout his ordeal, Shahram maintained his innocence. In the interview with VoA, he discussed his refusal to confess, stating, “They executed my brother; I have nothing left to lose. The truth is that I am innocent, and I do not want people not to know that I am innocent before I am executed.”

According to Amnesty International, Ahmadi spent nearly three years in pretrial detention without access to counsel or communication with his family. During this period, Ahmadi was routinely tortured and forced to give false confessions for his alleged crimes. His trial reportedly lasted five minutes, after which he was told that he was sentenced to death for “enmity against God” (or moharebeh for his alleged membership with a Sunni Salafi group)—a crime that he denies. Iranian officials have routinely linked Salafi groups to Saudi Arabia, believing them to be anti-Shiite and thus enemies of the state.

In November 2015, a source close to Shahram reportedly stated, “Unfortunately, Judge Moghisseh said that Shahram’s first two crimes are that he’s a Sunni and a Kurd. Therefore, he was presumed guilty from the start.”

One of Iran’s many minorities, Kurds continue to face discrimination in their religious, economic, and cultural rights. According to a 2012 report by Minority Rights Group International, officials confiscate Kurdish properties at a high rate, a problem which seems to disproportionately affect many minorities in Iran. The report also found that the government pervasively neglected Iran's Kurdish regions in the northwest part of the country.

For years, the Iranian state has targeted ethnic and religious minorities, particularly those that have fought for self-determination rights. This applies to ethnic minorities like Kurds, Baloch, and Arabs who also happen to be Sunni Muslims. These groups are often denied the ability to express their cultural and ethnic identities, facing institutional discrimination and repression across all levels of Iranian society.

Human rights activists maintain that those charged with political crimes in Iran are often denied due process, and are subjected to torture in order to induce forced confessions. In 2015, Iran led the world in per capita executions.

Shahram’s younger brother, Bahram, was arrested in 2009. Bahram was part of a larger group of nine other Sunni Kurdish men who were sentenced to death in February 2011 for “enmity against God,” a routine charge against prisoners of conscience in Iran. Bahram Ahmadi was executed in 2012. According to his family, Bahram was arrested when he was only 17 years old. Iran remains one of the few countries in the world that continues to execute juvenile offenders.

In a heart-wrenching letter written earlier this year, Shahram Ahmadi’s mother begged for her son’s life.

What can I do as a palsy mother? Bahram, his brother, was also hanged. How much a mother can tolerate? Every day and night I cry out to God and ask him to give me my death.

As a Sunni Muslim, we are not heard [in Iran]. Isn't this the quote by Imam Hussein of Shiites: “If you don't believe in any religion [and don't fear the Resurrection Day], at least be free in this world”? Do something to save my son. I have lived enough, it's a couple of years that I have become palsy, even can't go to Tehran to visit my son [in prison]. Hang me instead of him and finish everything. Death is better than this life that you have made for me. My son is yet to be 30, for what sin you kill our children this easy? I swear to the only God, one day, you must answer for these innocent bloods [that you have shed].

The names of the 29 prisoners who are facing death sentences, including those who may already have been executed on Tuesday, August 2, are as follows: