Who Are Hong Kong's ‘Monster Parents'? 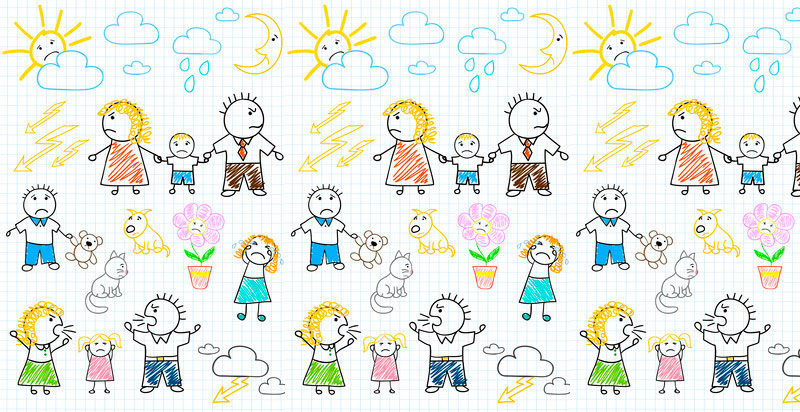 “Monster parents” – a term of a Japanese origin that highlights the irrational side of contemporary parenting – has taken the world, especially parts of Asia, by storm. It usually refers to parents who are overprotective of their children and make a lot of demands of their children's school.

In Hong Kong, the Internet is full of attempts to explain these perceptually deviant parental practices. One netizen on Baby-Kingdom, a well-known local platform on which parents discuss topics related to child-rearing, described the major characteristics of monster parents as follows:

1. [Monster parents] control their children (regardless of their age). They shift the responsibility of their children back to themselves, not giving them autonomy and hence discouraging their thinking abilities.
2. They also force their children to do things that they don’t really like, like taking classes in different subjects or socialising with others, depriving them of their childhood.
3. Academic results come before everything. If the results are good, parents praise them. But if bad, they blame the school, saying the school and teachers are problematic… attributing bad results to external factors. […]
5. They tend to think their children are right in everything they do, even if it's something that's not socially appropriate. Basic courtesy and respect are not cultivated in them.
6. The thing that I don’t like most: they criticise others because of their disadvantaged background. Don’t play with them. They consider themselves and their children to be superior to those people…

From the above description, we can further generalize that monster parents in Hong Kong demonstrate a more authoritarian parenting style characterised by a higher degree of control and restrictiveness. They spoil and coerce their children at the same time. Overindulgence becomes a means to an end – to make children do tasks they desire, like having many extracurricular classes. Such parenting is associated with a sense of superiority.

The phenomenon of monster parenthood does not occur in a vacuum. Japanese sociologists argue that “shoshika” or a severe decline in their birth rate is breeding hordes of monster parents. This social problem is not only plaguing Japan but also other developed places like Hong Kong, a Chinese society which holds firm to family values but has a very low birth rate.

Moreover, in the past two decades, Hong Kong has been thriving on a knowledge-based economic system. It is commonly believed that winners usually win at the starting line, hence parents start prepping their kids right after they are born to compete their way to the best kindergartens and schools. Many of the prestigious schools are private and expensive.

Once enrolled, monster parents want their opinions heard, and the most common way is to lodge complaints. The parents don't stop complaining on their children's behalf, not even when they reach university.

Journalism lecturer Yuen Chan, who is based in Hong Kong, described what she had witnessed during the parents’ day at a local university in 2013:

At the parents’ day, HKUST professors listened patiently as parents fretted that mixed dorms would lead their children astray and complained that noisy dorm-mates kept their kids up all night. They explained that while the school did not prohibit families from asking their domestic helpers to tidy up students’ dorm rooms, they did not encourage it.

Many believe that the overprotective parenting has bred an over-reliant generation characterised by “Prince/Princess sickness”, a term commonly used in Asia to describe a condition of narcissism and egocentricism, or ‘princess’ behaviour.

On the other hand, the pushy parental practices to equip their child with more skills for scholastic success can be counterproductive. Some students even end up developing ‘school-phobia’. A recent survey found that 27 percent of Hong Kong pupils have considered suicide or self-harm, while 63 percent have sleeping disorders. The pressure on students comes from both unrealistic parental expectations and an exam-oriented elitist education system.

Teachers are also under enormous pressure because of the culture of complaints and the system that prioritizes exam scores. A recent survey showed that about 86 percent of primary school teachers said they are facing very high or comparatively high pressure at work and a major source of pressure comes from complaints and expectations from parents (52 percent).

And then there's the parents. While being marred as monsters, they suffer from the piled-up pressure of crafting an elite kid. Their sky-high hopes for their only child mean a small step away from the original plan is enough to cause anxiety.

Another stressor arising from monster parenthood is a financial one. Enthusiastic attempts in enrolling kids into different learning programmes create considerable financial pressure on some families, especially those of lower income.

Water Tsui from the group wrote a series of posts about modern parenting on citizen platform inmediahk.net (#1, #2 and #3), concluding:

…as an adult, if you were told that you could choose parents to be born to, what sort of parents would you pick? What characteristics of good parents do you look for? If you have worked out your own definition of ideal parents, are you confident enough to be the ideal parents you have defined? Are you anxious that you are not good enough to be one and simply drop the whole idea of being parents? We all have such an experience of anxiety, and fortunately most of the time anxiety is a good helpful push rather than a dreadful pull…