US Politics? No, Thanks. Pass the Tomatoes. 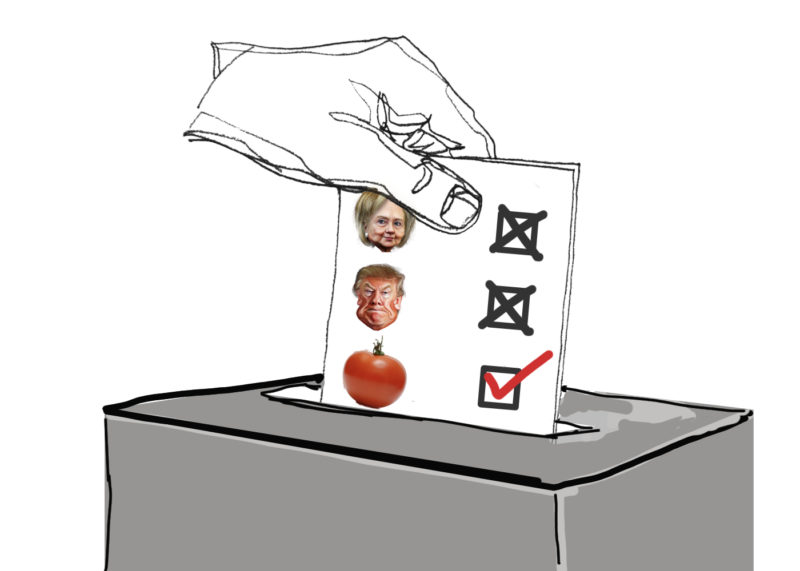 As a child, I hated tomatoes. I couldn’t understand how anyone could enjoy them. My grandmother grew the red fruit in her garden, and every summer I quietly despaired as raw tomatoes made appearance after appearance on the dinner table. The sweet but tangy flavor made my nose wrinkle, and the drippy pulp reminded me of the innards of a human heart—or at least how I imagined they look.

As an adult, I now live in the land of gazpacho, La Tomatina and pa amb tomàquet, and have grown to love the sweet but tangy flavor and even the drippy pulp.

Quite the opposite has happened to me with US politics. As a child, I used to eat up politics. I spent much of my summers at my grandparents’ in the American Midwest, where house rules required that you play outside for the majority of the day. If you wanted to be inside, then you better be reading. My grandparents’ subscriptions to Newsweek and Time meant that a stack of those weekly news magazines were always sitting in the living room, so when I’d tire of rolling around in the grass or thumbing through my latest library loan, I’d pick up a copy, plop down on the “davenport,” and get my fill of 1990s political intrigue. My understanding was, of course, limited by my innocent age—why all the fuss about Monica Lewinsky’s blue dress?—but I nevertheless was captivated by the machinations of the country’s powerful.

I carried that fascination with me into adulthood, and it grew as my grasp on it all increased. When the Internet injected the media industry with a heavy dose of speed, I welcomed the resulting 24-hour mania of political coverage, and working as a correspondent in a storied newsroom made the craving virtually insatiable. For a time, I actually dreamed of becoming a political reporter, chasing lawmakers down the corridors of power for a living.

Now, for the first time in my life, I’ve found myself with zero appetite for American politics. What once felt to me like dignified theatre seems more and more like dangerous farce. I’m not sure what’s driving my disillusionment. Have US politics become more divisive? Maybe. Am I losing my optimism as I get older? Perhaps. Has immigrating to Spain changed my perspective? Probably.

Whatever the reason, the current US presidential election only seems to be making my allergy worse. I know many Americans at home and abroad are also feeling this way. I don’t gobble up political news like I used to. I turn away from whatever soundbite du jour is circulating. I couldn’t even bring myself to watch Hillary Clinton’s acceptance speech at the Democratic National Convention—a historic moment as the country’s first female major-party presidential candidate, no matter how you feel about her. Neither, for that matter, could I bear to watch Trump’s, whose candidacy has made history for very different reasons.

Despite the queasiness, I do believe we have a civic responsibility to stay informed, so I begrudgingly stay abreast of American political affairs. It’s not as if I could easily escape it all anyway. Like a third of the world’s population, I use social media. Even if I quit Facebook and Twitter and Reddit, a portion of my news diet comes from mainstream US sources, however flawed they may be. And even if I renounced US media for its local counterpart, the Spanish press’ front-page fixation with the Great American Experiment makes it impossible to avoid.

Not to mention, I’m Global Voices’ news editor, and therefore should reasonably keep a finger on the pulse of American politics, if only to be better at my job.

So I suppose I’ll just have to do my best to stomach the debates and try to keep a lid on my Weltschmerz—even if the political dramas playing out on the American stage fill me with the urge to throw tomatoes at the actors. At least I like tomatoes now.