Feminism Is a Difficult Battle for Black Caribbean Women 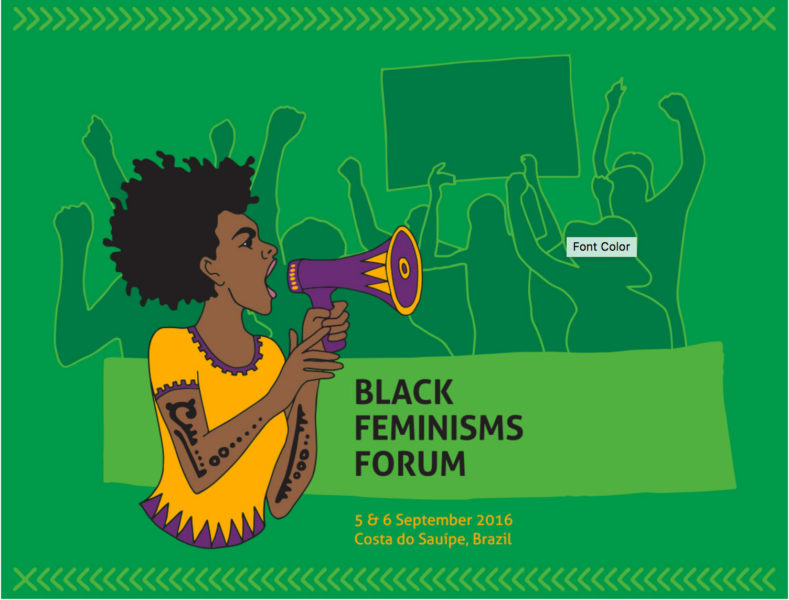 Screencap from the website for the upcoming AWID Black Feminisms Forum (BFF), scheduled to take place in Brazil in September 2016.

Bloggers from the Caribbean-based feminist blog CODE RED will be a content partner at the Black Feminisms Forum, due to take place in Brazil this September. The forum hopes to bring people together to strategise for human — including women’s — rights, economic and environmental justice, and peace. It is an important aspect of the forum that “traditionally underrepresented or marginalised communities will have a strong presence”, including youth, women of colour, indigenous women, sex workers, transgender and migrant activists, and women with disabilities.

In the lead-up to the event, CODE RED has been hosting a blog carnival, encouraging participation from writers, artists, activists, and other thinkers to consider themes like state violence and healing justice as they relate to black feminism. There's even a #blackfeminisms hashtag on Twitter.

The response has been good thus far, with several netizens retweeting information, raising awareness about the forum and contributing their ideas. Joan Joy Grant Cummings, a Caribbean Canadian activist, wrote about black feminism and international solidarity. She recalled her experience as the first black woman President of the National Action Committee on the Status of Women (NAC) — which was, at the time, the premier Canadian feminist lobby group. In 1998, after police attacked peaceful, black communities in Colombia, Cummings was asked to be one of nine tribunal members investigating the tragedy. Cummings writes:

The Tribunal’s job was to establish the facts and determine who bore responsibility for one of 198 documented massacres that took place in Colombia during that year.

The prosecuting attorney presented the evidence that on May 16th and 17th 1998, at least 30 heavily-armed men made an incursion to the oil-producing city of Barrancabermeja, killing up to 32 people. Though the head of the death squad had informed the police that he was responsible for conducting the massacre he was never charged. […]

After reading the verdict, I was overwhelmed by the reaction of the people – it was as if multiple floodgates had burst their banks. It was the first anniversary of the massacre. People cried with sadness, grief, joy, vindication – “the rest of the world believed them”. This Tribunal triggered many more across the world much to the embarrassment of both Governments – Canada and Colombia.

She would later return to work with the communities:

Afro-Colombians had gone through intense displacement within Colombia. They had been subjected to all kinds of violations -kidnappings, murders, massacres, and ultimately driven off their land by paramilitary forces. Even though Law 70 which had been passed, was ostensibly to guarantee their protection and that of their land. According to a number of Afro-Colombian activists in the community, it may be the closest to self-determination they would achieve. […]

Throughout the 2 weeks I was there, I participated in community meetings about the struggle, nearly every sentence mentioned Law 70. Here was the law that should protect the rights of Afro-Colombians. Yet the government that passed the law was violating it directly and indirectly by facilitating groups that ignored the law!

Cummings explained how it all turned out:

Over a decade later it was revealed that 22 businessmen and Chiquita Bananas had taken ‘illegal’ possession of their land for business. Chiquita Bananas admitted, that between 1997-2004, it had paid USD 2M to paramilitary forces to remove Afro-Colombians. By accounts (El Tiempo) the 22 were prosecuted by the Colombian Government in 2010.

Yet, here we are in 2016, back to herding the community off its land — again!

As Black feminists we know that there really is only one feminist imperative — the struggle for the equality rights of all which includes the destruction of patriarchy, racism, white supremacy, heterosexism, capitalism etc…

In another post, CODE RED addressed a controversial statement made by the Bahamian legislator Richard Lightbourn, who recently proposed that “the country adopt legislation that mandates unwed mothers with more than two children have their ‘tubes tied’ in an effort to curtail the country’s social ills”, saying:

The legislator is suggesting the erasure of poor black Bahamians via the misogynist practice of forced sterilisation. […]

Violating women’s rights doesn’t prevent crime and poverty. It is a crime!

Legislators are supposed to be doing the tough work of making societies more equitable not arguing that they way to reduce poverty is for poor black people not to exist!

The blog also dealt with the issue of sexual violence against young women in the Caribbean, citing rape charges against the brother of Trinidad-born singer Nikki Minaj, an off-colour episode of a popular Trinidadian series that portrayed young women as sexual predators, and the attempt by a St. Lucian government official to ban a 10-year-old rape victim from attending school:

Do we ever question why we are so quick to condemn and shame girls who have been raped but can’t insist that men NOT rape children? Why is it so difficult to hold men accountable for their actions? Why so difficult to make rape unconscionable? Why would we rather believe that schoolgirls are more predatory and powerful than men than call a rapist a rapist?

In preparation for the black feminisms forum, CODE RED will continue to be a hub for sharing other perspectives about the challenges of gender justice for women of colour. You can keep track of new entries — and submit your own contribution — here, or follow the discussion on Facebook and Twitter.