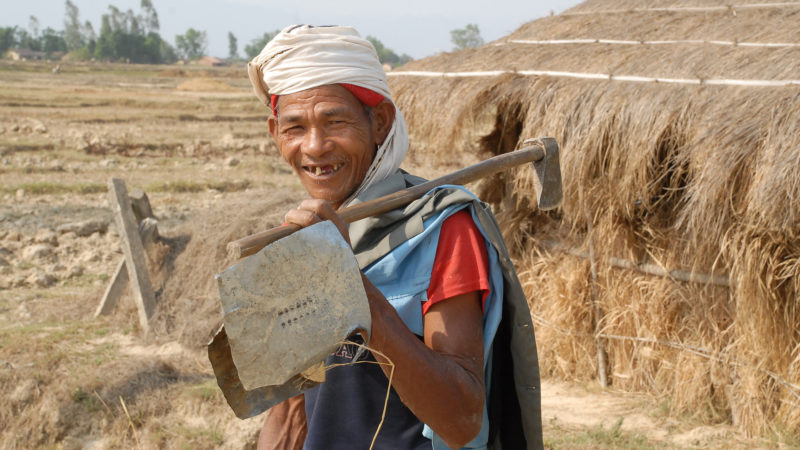 The southern plains of Nepal, known as the Terai, are home to one half of Nepal's population. It is here where the Tharus, a historically marginalized community, have become victims of harsh retribution at the hands of the country's police forces, following the killing of nine people — eight security personnel and a child — a year ago.

An alarming report published by Amnesty International says at least 19 people have been detained in jail since that protest on August 24, 2015 turned violent, with no investigations launched into their alleged involvement.

Many feel that this is a classic example of ethnic-based discrimination that is endemic to the country, where political leaders in the capital turn a blind eye towards the plight of those who are not part of the the country's social elite.

@Nepal_RR While Madhesis and Tharus (mostly Hindus) are dying for their rights, the pro-Hindu nation leaders of Kathmandu are keeping quiet.

According to Amnesty International’s South Asia director, Champa Patel, this type of treatment is not something new facing the Tharu community:

The Tharu community has long suffered marginalization and the denial of their human rights in Nepal. These cases are, sadly, not an aberration but form part of a longstanding pattern of police abuse against the Tharu community.

Tharus on the fringe of Nepali society

For the past seven years, Nepal's political instability, reflected in its infamous delays in drafting a constitution, has meant that groups on the fringe of society such as the Tharus and Madhesis have been stuck in a state of poverty and economic and social inertia. The constitution, pending since 2008, promised to include a federalist structure, which for many marginalized groups, meant a possibility for long-denied representation.

In Nepal's Far West, although the Tharus outnumber groups of a higher social caste such as the Brahmins and the Chhetris, they have not been represented in either politics, bureaucracy or security forces. The Tharuhat movement was the first group to demand representation by explicitly calling for a province for the Tharus by fusing two districts — Kailali and Kanchanpur. The Brahmin and Chhetri landowners feared the possibility of being taxed for the property they owned or losing it altogether should such a fusion happen.

In the spring of 2012, a group called the Akhanda Sudur Paschim (Undivided Far West) made the opposite demand: to merge into one province known as the Far West all nine provinces of the region, including the two demanded by the Tharuhat.

Tensions between the two groups brewed, erupting into sporadic clashes. But none reached the proportions of what happened in Tikkapur, Kailali in August 2015.

That's because the stakes this time were much higher.

Leading up to the incident, Nepal's four leading political parties controversially decided to fast-track the promulgation of a new constitution on the basis of needing to help Nepal's reconstruction following the devastating earthquakes of the spring. They agreed to a six-province federalism model on August 8, providing all groups with only a week to express their grievances by coming to Kathmandu.

At the same time, when violent protests erupted in the western part of the country — in Surkhet, Thori (Parsa), Baglung and Jumla — the government paid heed, by adding on a seventh province. Leading journalist Om Astha Rai suggested that this would have led the leaders of the Tharuhat movement to reasonably believe that violence would beget their political aim.

The incident in Tikkapur could have arguably been just another one of those protests, for which the Tharus would have been rewarded in similar kind. Except that they were not. After police fired tear gas into the crowd, some protesters attacked them, and the violence left nine dead.

Afterward, a curfew was imposed and more than 41 homes and shops belonging to Tharus — many of whom were leaders and supporters of the Tharuhat movement — were looted, burned and destroyed overnight. Supporters of the Akhanda Sudur Paschim were known to have participated in the attacks, but so far none of them have been detained.

‘Ill-treatment of Tharu community by police!’

On September 20, 2015, the new constitution was passed despite much controversy over several discriminatory provisions it contained.

A constitution that makes women unequal citizens & tramples on the aspirations of Dalit, Indigenous & Madhesi Nepalis is #NotMyConstitution.

Against this backdrop, many wonder why nothing is being done to remedy the situation.

If the demands of agitating Madhesis and Tharus are legitimate, why has the govt. not shown its readiness to amend the constitution? #Nepal

While a Human Rights Watch's report clarifies that violence between different communities has not been reported beyond the case of Tikkapur, it along with Amnesty International and Crisis Group call for a political solution, structural changes and thorough investigations in this particular instance.

In the meantime, mainstream media continues to paint Tharu protesters as violent without reporting details of police violence. The Tharu perspective on this state of affairs is summarized in the following tweets: