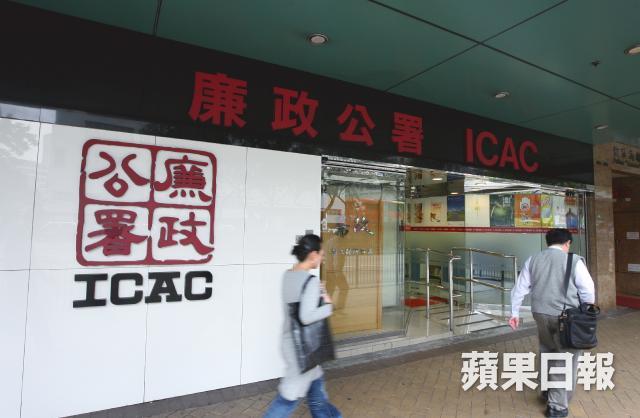 The Independent Commission Against Corruption (ICAC), considered one of the most trustworthy institutes in the eyes of the Hong Kong's people, appears to be coming apart at the seams — and many are blaming China.

On July 7, the head of the ICAC's operations department and the deputy commissioner, Rebecca Li Bo-lan, was removed from her position with no explanation. Commissioner Simon Peh Yun-lu says [2] he was the sole person to decide to fire her, but his claim has been met with skepticism. Commissioners are appointed by China's cabinet with input from Hong Kong's chief executive, and speculation is rampant that Peh received instruction either from Chief Executive CY Leung or Beijing to stop an investigation into Leung.

Leung is in the hot seat for accepting HK $50 million dollars [3] from Australian engineering firm UGL without declaring the money to Hong Kong's cabinet, called the Executive Council, even though the payments took place in 2012 and 2013 — after he was appointed to the Hong Kong government's top spot.

Established in 1974 by the British colonial government to clean up the city's corrupt civil service, the ICAC has a reputation among the public for credibility, which has made the recent drama all the more surprising.

The sudden dismissal of Rebecca Li, who joined the commission in 1984 and was promoted to deputy commissioner in July 2015, shocked the rest of the ICAC's operations team. A few days later, principal investigator Dale Ko resigned [4].

More dramatically, on July 28 Chief Forensic Accountant Tang Shuk-nei also announced she would be leaving the commission in August. Sources reported she had confronted Peh regarding Li's abrupt removal.

Meanwhile, political groups demanded that Peh [6]offer an explanation for the turmoil and resign.

‘Who’s in charge here? This is China.’

A political commentator writing under the name Big Lychee at The Nanfang news site believed [7] that Beijing was directly responsible for the strife:

In the grand scheme of things, the real issue is the contradiction between the ICAC’s independence and the Chinese Communist Party’s need to have total control. Beijing officials can’t sleep at night knowing that a Hong Kong law enforcement agency with British-trained (and indeed some actual British) staff can undermine state power. It’s the principle: if Beijing appoints a high official in Hong Kong, it can’t have some other body come along and prosecute the guy. Who’s in charge here? This is China. This has to be rectified.

Of course, this is the road to unintended consequences. An ICAC subject to Beijing’s ultimate influence will cease to be impartial and lose credibility.

Hong Kong is a special administrative region of China and is supposed to have a high level of autonomy from the mainland under the “one country, two systems” principle. Despite this arrangement, however, Beijing has faced accusations in recent years of tightening its grip on Hong Kong.

Efforts to weed out corruption have been high on Beijing's agenda since 2012, but they're not always sincere. The anti-graft campaign can be a political weapon to wipe out opposition; if the Chinese government were to use the ICAC as such, it would spell trouble for Hong Kong's pro-democracy movement and other camps who don't fall in line with the Chinese Communist Party.

Netizens spelled out their frustrations with the current situation in the comments thread of a YouTube analysis [8]:

Worst is ICAC. [CY Leung] should be suspended from his job immediately pending investigation. If he were decent (even if he knew he was guilty as hell) he would release statement from his Office to say “I understand our esteem ICAC is investigating some aspects of my past activities. I will cooperate fully with the investigation”. Failing to do that mark him as a small time crock play in the big pond. It is imperative that those resigned top ICAC officials should be begged to return. They are senior officials and normally would not have many more years to serve. The value of their knowledge is immense. The damage due to their absence deprive ICAC of their leadership is incalculable. CY destroyed the ideal that young people would want to join ICAC.

Political commentator Big Lychee also pointed out that the appointment of key public positions resembles the logic of the election loyalty pledge — a newly introduced election rule which requires that candidates for the legislature, called the Legislative Council, sign a declaration that pledges loyalty to China [9]. Thus far, three candidates have been barred [10] from entering the legislative election. One of them, Leung Tin-kei, had participated in the legislative by-election in January 2016.

Loyalty above all else

The ICAC would not be the first organization to be affected by Beijing's demands for loyalty. A similar upheaval was seen at the city's public broadcaster Radio Television Hong Kong.

In 2011, former Chief Executive Donald Tsang appointed Roy Tang Yun-kwong [11], an administrative officer with no experience in broadcasting or the media, as director of broadcasting. In the following four years, Tang was criticized for politically interfering with the broadcaster's editorial and personnel affairs. Last year, veteran journalist Leung Ka-wing [12], the former news chief of pro-Beijing Asia Television, replaced Tang as the director of broadcasting.

Amid the turmoil at the ICAC, more than 100 Radio Television Hong Kong employees rallied outside the broadcaster's building during the staff awards ceremony on July 18 to protest against the delayed promotion of acting assistant director Kirindi Chan Man-kuen. Radio Television Hong Kong employee union spokeswoman Amy Wong explained that Chan, who has worked for the station for nearly 30 years, had failed twice in 14 months to pass the selection board's assessments. She was worried that the delay was due to Chan's “uncooperative attitude on several sensitive political issues” [13] ahead of the Legislative Council and chief executive elections.

In other words, similar to Rebecca Li, Chan has failed the “loyalty test.”

In mainland China, the Chinese Communist Party (CCP) demands all media pledge their loyalty [14] and follow the party line. Since the party is legally non-existent in Hong Kong, loyalty is reflected in personnel appointments, which happen behind closed doors with no public accountability.

Twitter user @renrenping was worried about what all these developments mean for the future of the city. He wrote [15] sarcastically: