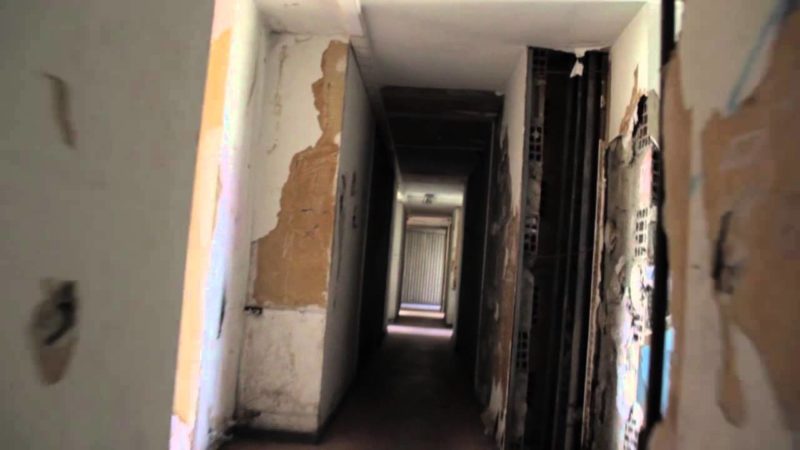 A documentary called “Green Walls, Black Food,” published online two years after the Macedonian government promised to improve the conditions in state-owned student dorms, shows little progress has been made.

Sandra Gjorgieva, who wrote the screenplay, directed and edited the film, is a student of the Faculty of Drama Arts in Skopje. In the YouTube description, she said the biggest problem she encountered while making the documentary was fear. Even though the students would complain in private about the miserable state of the facilities, they were afraid to talk on camera:

The representation of this horrible dormitory it is a representation of all the student dormitories in Macedonia. Green walls, black food, cold water, ruined rooms and toilets. This is an everyday picture of a student who is not from the capital and does not have money to pay for an apartment.

A very long time ago this enormous building was an elite acommodation for students all over the world, it won a prize for Best Architecture. Today it is a shame for a student to live there. The main problem is the passivity and the fear students have to speak up for their conditions there. This film is an eye opening for the public and a call for the students to wake up and demand their right to live in an apropriate home. [all sic]

The film includes an interview with architect Gjorgji Konstantinovski, who designed the dorm and won numerous awards for it in the 1970s. After seeing the footage, he said:

As a mother cares about her child, so we, the architects, care about our works and art. When I saw my child in that state, while knowing how it was, can you imagine how I felt? Terrible!

In 2014, Global Voices covered Operation Student Dorm, an initiative launched by a group of digital activists residing in the Goce Delchev Student Dorm in Skopje. In March of that year, they leaked photos of their living conditions on their blog and on photo-sharing site imgur.com. Several foreign news sites republished them soon afterward.

While such living conditions were considered “normal” in Macedonia and ignored by the authorities for years, the ensuing international scandal prompted them to act — but not before trying to intimidate students (such as labeling them as “traitorous”) and stifle discussions (access to Facebook and other websites for the residents of the dorm was cut off).

In April 2014, the government promised full reconstruction of Goce Delcev, the most populous dorm, which houses 1,200 students, over the summer, and started public procurement for construction services. The contract was given to company with direct ties to the ruling party.

In September 2015, independent news site Kosovo 2.0 reported the roof of a hall at Goce Delcev collapsed, raising once again the issue of poor housing standards for students.

Over two years later, only а quarter of the dorm, called “the Block B,” has been reconstructed. Ruling politicians have issued promises that the other three blocks will be fixed by the end of 2016 or in 2017. 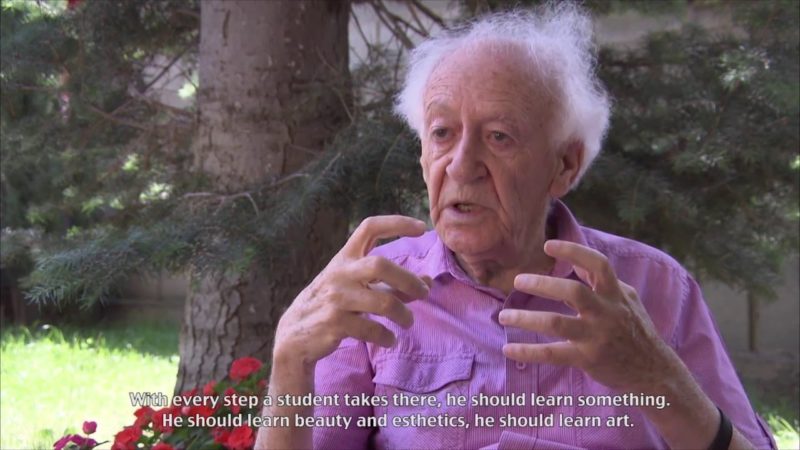