Ugandans Don't Want Their Government to Bail out Big Businesses 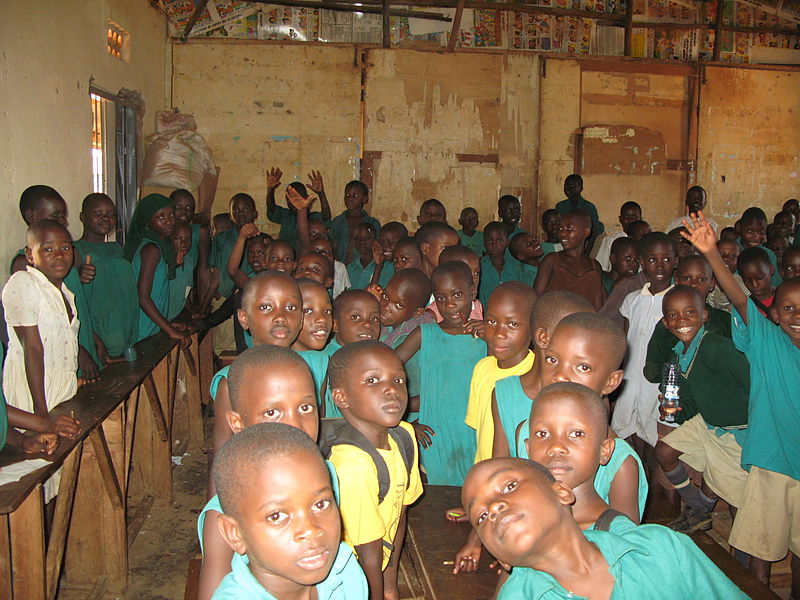 A public school in Uganda. Tweeps argue that taxpayers money need to bail out schools like this one. Image released under Creative Commons by The Sustainable Sanitation Alliance.

When news broke that the government of Uganda intends to use 1 trillion shillings (US$300 million) of taxpayer money to bail out defaulting businesses, Ugandans on Twitter called the move a ‘scam” and suggested the bailout money go towards Uganda's neglected public schools instead.

The companies that the government wants to rescue accumulated debt from loans they privately acquired from various banks in Uganda. Many of the businesses are run by powerful well-connected tycoons. Some central bank and ministry of finance officials are against the bailout plan.

The privatisation of profit and socialisation of loss. Must we all pay for business failure when we didn't all share in the profits made?

Allan Ssenyonga was surprised to find out that one of the enlisted businesses is a discotheque:

Club Silk is one of the companies in need of a bail out. Is this really a priority for Uganda?? #ScamBailOuts

For any #bailout, the public must acquire a stake in the firm(s). No public money for private sins. #ScamBailOuts https://t.co/kQ95Ky2cqB

Ugandans questioned the rationale of plans to help well-connected and powerful tycoons in a country with little investment into infrastructure, and dilapidated schools and hospitals.

Sarah Bireete suggested that the government bail out poor schools:

Jeff shared a photo of a company that the government should be helping out:

A photo representing the companies that need bail out by the Government using taxpayers money #ScamBailOuts pic.twitter.com/nZuldcEzBH

And another photo of a dilapidated public school: