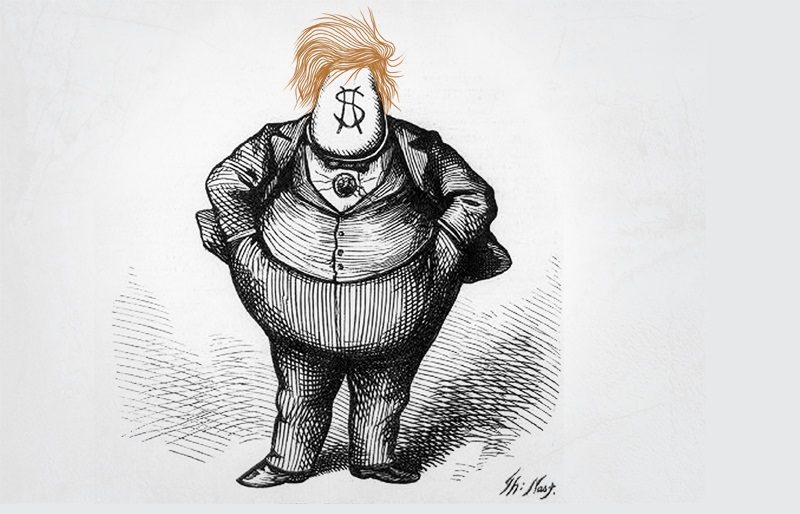 “Boss Trump, ode to Nast” uploaded by Flickr user DonkeyHotey on March 27, 2016. This image of Boss Trump was adapted from Thomas Nast's famous political cartoon titled The “BRAINS,” which was originally published in Harper's Weekly on October 21, 1871.

Macedonians from the little town of Veles own a number of pro-Trump websites that pose as news sites and have been traced as a source to fake reports. This news came as a surprise to many in the tiny land-locked Balkan country of two million people.

The American website Washington Examiner broke the story in April [2]. Their report showed that the ICANN WHOIS records for the pro-Trump websites showed the names, addresses and contact information of Macedonia-based owners. All the websites used catchy domain names: UsaNewsFlash.com, 365UsaNews.com, WorldNewsPolitics.com. The Washington Examiner explained that the websites were “presumably designed to sway undecided voters toward presidential candidate Donald Trump”

At first, online conversations about this report revolved around the possible link between the local right-wing ruling party and conservatives in the US. There have been ties [4] in the past.

However, an investigation [5] by the non-profit news site Meta.mk revealed something completely different. Meta.mk reporters got in touch with the people listed as owners of the pro-Trump news domains. Two owners granted them interviews. One owner is a computer science student, and the other is an English language teacher. They explained that they promote Trump to earn money from ‘clicks’ on online ads embedded on their site.

Veles is a former industrial town, which has fallen on hard economic times. Much of its employable youth move to the capital Skopje, or to western European cities in search of jobs. Local economic opportunities are limited, and ties to the ruling party are a dominant prerequisite for prosperity.

One of the interviewed owners explained that he do not care about journalistic standards and truthfulness of his content, or the consequences of misinforming US voters:

“Some of it I write myself, some of it I translate from parts I take from other websites. I only publish news and nothing else. I mostly write about Donald Trump because that’s what people want, it seems, to read about the most, but I write for others as well. […]
I know that not everything is true that appears on the website, just like many Macedonian websites. But for every piece I’ve written I have added the source from where the story originated from,” said Miron Brezev from Veles.

Soon after the owners talked to the Meta.mk reporters, the websites noted within the Examiner and Meta.mk articles replaced information about their real owners with data of a company that provides anonymization services.

Change of registration records of a pro-Trump website documented by Meta.mk News Agency. 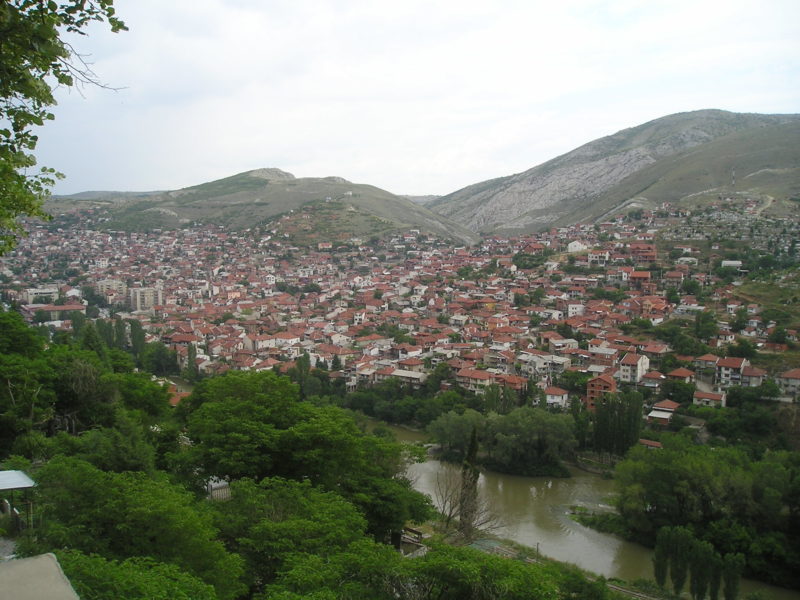 Other Macedonian social media users explained that there's a cottage industry based on the creation of websites about topics of interest to American audiences. There are even “Internet Business and Marketing Training” [9] courses where people with basic English-writing skills can learn to set up WordPress websites and then publish “news” about various subjects. Embedded ads can provide some income, but it seems that the biggest benefit in this industry are the people providing the courses. They advertise on social media and seem to have ready supply of new students.