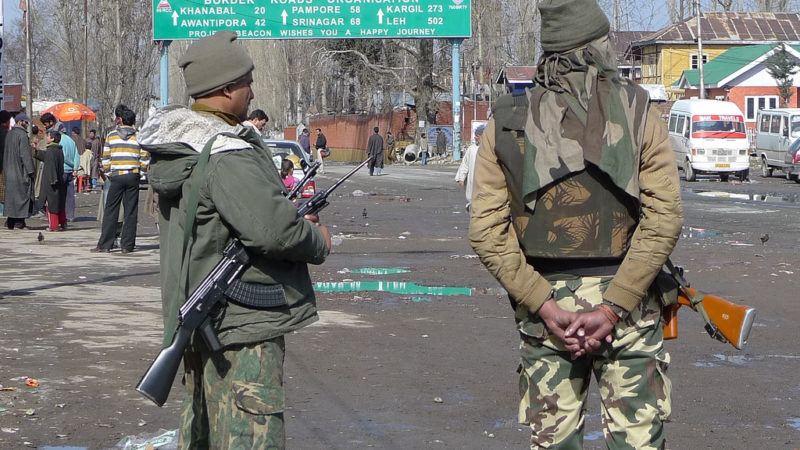 The recent violence and unrest in Indian-administered Kashmir has invited harsh reprimands from South Asia and beyond. The US public intellectual Noam Chomsky has described the situation as “shocking” and has drawn a parallel between Kashmir and the struggle of the Palestinian people. There have been numerous protests in universities and public spaces, where people are awakening to the news of bloodshed. Many analysts argue that one of the main reasons for human rights abuses in the area is the 1978 Public Safety Act and the Armed Forces Special Powers Act, which provide the basis for military impunity in Kashmir and other conflict areas in Northeast India.

Twelve million people live in the Indian portion of Kashmir, which is geographically divided between India and Pakistan and claimed in entirety by both. Many separatist politicians, rebels, and civilians reject India’s sovereignty over Kashmir and have been fighting for independence or a merger with Pakistan, with militant undertones, since 1989. Following the start of an armed uprising, Kashmir experienced rapid militarisation. Today, it is the most densely militarised zone in the world, with a presence of more than half a million soldiers.

The Indian writer Arundhati Roy argues that her country is in denial about the Kashmiri people's freedom—(azadi).

While we denounce—as we must—the gunning down of unarmed protesters by the security forces, the attacks on ambulances and hospitals by policemen, and the blinding of teenagers with pellet guns, we have to keep in mind that the real debate cannot only be about the violation of human rights by Indian security forces in the Kashmir valley. Egregious though they are, those violations are the consequence—the inevitable and unavoidable consequence—of the militaristic suppression of a people’s struggle for freedom. Kashmiris are not fighting for the establishment of the rule of law or an end to human rights violations. They are fighting for azadi. For this, they are prepared to face down bullets with stones. For this, they are prepared to die in numbers.

In a letter to UN officials monitoring human rights violations, the Jammu and Kashmir Coalition of Civil Society states:

With the presence of an estimated 700,000 armed forces, Jammu and Kashmir is today the most militarized zone in the world and its civilians have faced widespread and systematic attacks at the hands of Indian State forces over the last 26 years.

With the enactment of armed forces special powers act (AFSPA), state administration has been paralyzed, and pushed to a corner with a status of a “nonchalance spectator”.

After the death of Burhan Muzaffar Wani, the commander of the Kashmiri separatist group Hizbul Mujahideen, the Supreme Court struck down the inevitability of “special powers” to the military and the police, which many credit with contributing to gruesome human rights abuses. The Public Safety Act (PSA), which allows for incarceration without trial for two years (among other shocking provisions), is idiosyncratic to Kashmir. The Armed Forces Special Powers Act (AFSPA) has broader provisions for policing a conflict-ridden region. The state of Tripura dismissed the AFSPA back in May 2015, seeing a wane in terrorism. With the merger of the AFSPA, PSA, and other legalities, more than 94,290 locals (including 7,038 prisoners and about 8,000 “disappearances”) have been killed in Indian-administered Kashmir since 1989, according to the Research Section of Kashmir Media Service.

Thma U. Rangli Juki (“Tur”) writes in Riot.in, a webzine from Meghalaya:

The AFSPA is widely considered to be a legislative measure unique in its absolute disregard of the rights of the residents against unlawful exercise of coercive power. The law exposes people to wanton and reckless use of force by security forces as it grants them absolute power and authority to use force.

Tur also mentions that multiple international authorities have recommended that the Indian government repeal or at least amend the AFSPA to make it more compliant with international human rights laws.

In recent weeks, there have been protests, among other places, in Delhi and Calcutta, where demonstrators called for the revocation of AFSPA and PSA, and the immediate demilitarisation of the region. Protesters argue that AFSPA and PSA directly facilitate the disappearances and mass extrajudicial killings that have plagued the region.