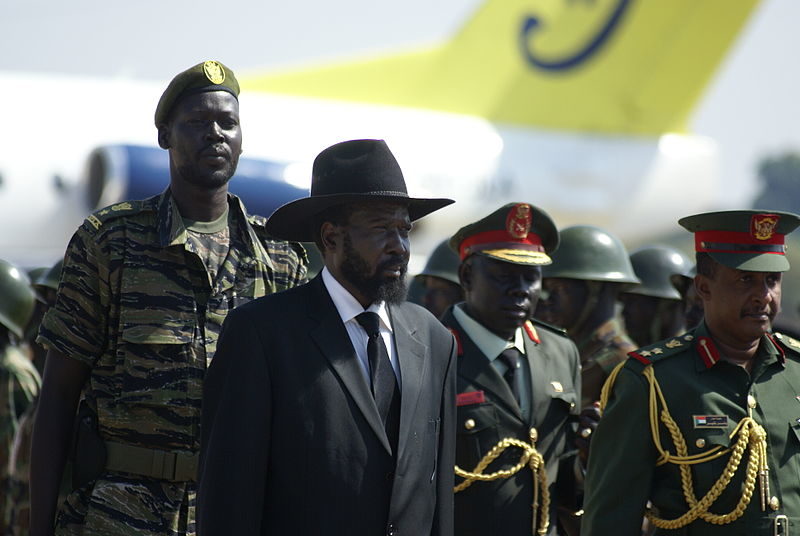 The tensions within South Sudan’s so-called “transitional” government, which was formed on April 29, reached a boiling point earlier this month when an altercation involving President Salva Kiir and the Vice President Riek Machar, who have long been political rivals, swiftly unraveled into an armed conflict that lasted for several days and left hundreds dead.

A South Sudanese journalist in Juba told Global Voices that he spent his time confined to his bathroom during the worst part of armed violence that followed:

Wa wa wa it was terrible this morning, now I can hear guns cracking a big gun far. It is a game of wait and see. Right now I'm in the bathroom cos the bedroom is full of windows. It is a déjà vu.

To many this was indeed déjà vu, a repetition of other sudden eruptions of violence confining people to their homes, or forcing them to flee for safety. Many compared it to December 2013, which marked the beginning of a new period in South Sudan’s history of increased political instability despite having maintained a relatively peaceful environment since the signing of the Comprehensive Peace Agreement between South Sudan and Sudan in 2005.

Shortly before his arrest, Taban had called for the removal of both President Salava Kiir and Vice President Riek Machar in an editorial. Taban was still behind bars as of July 26, and has not yet been charged.

Local media rights advocates are calling for his release:

If you are making decisions that affect the people's lives, the people have the right to speak their minds #FreeAlfredTaban

As is often the case in such conflicts, it has been difficult to get reliable and comprehensive information about what is happening in different parts of the country, with media coverage of specific events coming out in bits and pieces. Radio Tamazuj is regularly reporting on the conditions of the people arrested and detained at NSS headquarters, which is located in the area of Jebel Kujur mountain on the outskirts of Juba.

After a particularly violent episode in Malakal, pastor Monsignor Racco Taban, head of the diocese of Malakal, could not contain his anguish and in early July he went on air with the following message:

The NSS Act of 2014 grants the NSS sweeping powers to arrest and detain, without ensuring adequate judicial oversight or safeguards against abuse of these powers. The Act does not specify that detainees may only be held in official places of detention or guarantee basic due process rights, such as the right to counsel or to be tried within a reasonable period of time. The law effectively gives a carte blanche to the NSS to continue and extend its longstanding pattern of arbitrary detention, with total impunity.

As the instability continues, many are wondering if the independence that South Sudan has enjoyed since 2009 was really worth fighting for.

The Republic of South Sudan became Africa’s 55th—and the world’s newest—country on July 9, 2011, following a peaceful secession from Sudan through a referendum in January 2011. However, internal conflict broke out in December 2013, and the country's development faced a severe setback. Warring partners signed a Compromise Peace Agreement on August 27, 2015, the implementation of which has been slow and problematic.

On July 8, 2016 severe violence erupted again in the capital of Juba. Though the fighting subsided after about five days, the political situation is fragile, with little hope of a compromise between opposing parties. The situation has caused an increase in internally displaced persons, as well as refugees who have fled to neighbouring countries.