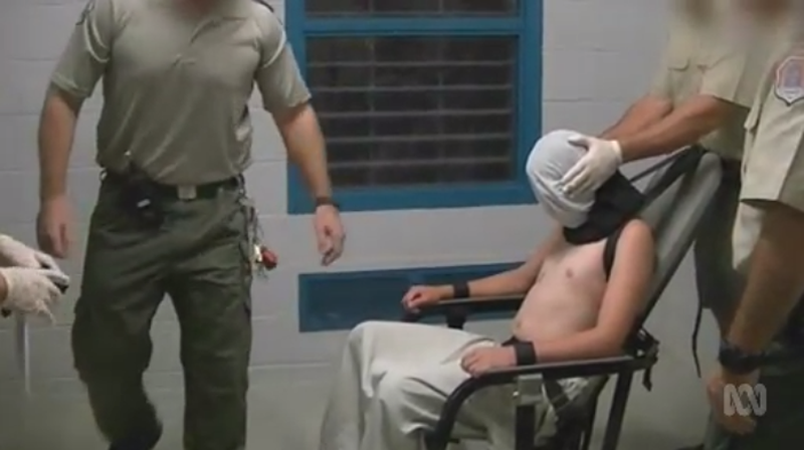 After disturbing images of Abu Ghraib-style treatment of children at a juvenile detention facility in Australia's Northern Territory aired on a national TV show, many Australians are calling for political accountability and a broad review of detention conditions across the country, especially for its most vulnerable population: Indigenous children. Others are saying local media and rights groups in the Northern Territory have been reporting the abuse for years [2], but it was largely ignored by the public and the government.

Despite covering over 1,349,129 square kilometres (520,902 square miles), the Northern Territory only has a population of 243,700; a third of whom are Indigenous Australians.

After the show aired, the Australian government announced that it is setting up a ‘Royal Commission’ to look into abuse of children at the Don Dale youth detention centre. A Royal Commission is a major ad-hoc formal public inquiry with considerable powers. In Australia, Royal Commissions have successfully investigated police and government corruption and organised crime. Prime Minister Malcolm Turbull, when announcing the Royal Commission, commented [4]: “We want to know why there were inquiries into this centre which did not turn up the evidence and the information that we saw on Four Corners last night”. Since 2011, at least three inquiries [2]have looked into youth detention in the Northern Territories (NT) but their reports led to little effective action.

The image you have just seen isn't from Guantanamo bay…. or Abu Ghraib.. but Australia in 2015… A boy, hooded, shackled, strapped to a chair and left alone. It is barbaric.

This is juvenile justice in the Northern Territory, a system that punishes troubled children instead of rehabilitating them – where children as young as 10 are locked up and 13 year olds are kept in solitary confinement.

Most of the images secured by Four Corners in this investigation have never been seen publicly. They are shocking – but for the sake of these children who are desperate for the truth to be known, we cannot look away.

Some viewers tweeted that they couldn't watch it:

@Doc_Samantha [5] I couldn't bring myself to watch #4corners [6] – the suffering of children in Syria and NT images and descriptions enough!

I can't stop thinking about #4corners [6] Have felt sick for those kids all day. 😢

Aboriginal people had made many complaints over the years.

Aboriginal people have been talking about this sort of treatment for years. We need more people to listen when we talk. #dondale [17] #4Corners [9]

@JaneCaro [19] I tweeted this so many times back in April and May – Media and PM were aware and did nothing pic.twitter.com/v9VBDOp3zD [20]

Many people felt that the scope of the Royal Commission should be as broad as possible:

The Royal Commission needs to be broader than NT and look at the incarceration of Indigenous children in all states. #4corners [6]

A royal commission should be broadened to include Nauru/Manus and reports of other cases in WA and Qld #4Corners [9] https://t.co/8mHzFgQJmW [23]

Political accountability has been a priority amongst viewers. The minister in charge of corrections in the Northern Territory has been relieved of that responsibility by the Chief Minister. Many tweeters want to see more action:

Corrections Minister Elferink sacked but retains his other portfolios! Why? Elferink is criminally negligent https://t.co/v7B0L9Rp6b [25] #auspol [26]

There is no doubt that the #NT [28] govt is culpable. The chief minister needs to take full responsibility and resign. #4Corners [9] #thedrum [29]

Facebook censorship has been questioned following its removal of part of the video, apparently because of nudity:

The full Four Corners program can be viewed here [1].