Samia Yusuf Omar Earned Fame as a Runner, But Died as a Refugee. A New Comic Honors Her. 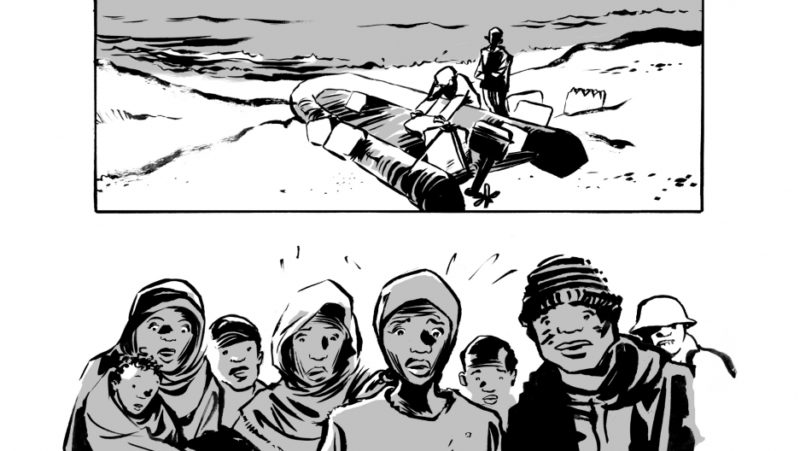 “An Olympic Dream,” a new graphic novel about Samia Yusuf Omar, was first released in English in April 2016. Credit: Courtesy of SelfMadeHero

This article by Daniel Gross originally appeared on PRI.org as part of the Across Women's Lives project on July 19, 2016. It is republished here as part of a content-sharing agreement.

The terrible news reached Teresa Krug by way of a somber YouTube video: Samia Yusuf Omar, a Somali sprinter who competed in the 2008 Beijing Olympics, had drowned while trying to cross the Mediterranean. Omar had made her name as a sprinter. When she died as a refugee, athletes and journalists were stunned.

“It was just this disbelief that an Olympic athlete would be in the position of being a refugee,” said Krug, a freelance journalist who befriended Omar in Somalia. “If this person couldn't make it, what kind of hope is there for other people?”

Omar's life has now been adapted into a nonfiction comic, “An Olympic Dream,” by the German illustrator Reinhard Kleist. Four years after Omar's death, her story is more relevant than ever. The refugee crisis continues, and the summer Olympics are fast approaching. This year, there will even be a team of refugee athletes.

By focusing on Omar's remarkable life, not just her death, “An Olympic Dream” humanizes a crisis that too often seems abstract. Kleist's empathetic and emotional portrait of Omar, which draws heavily on Krug's reporting, makes the case for new types of journalism focused on people, not just politics. 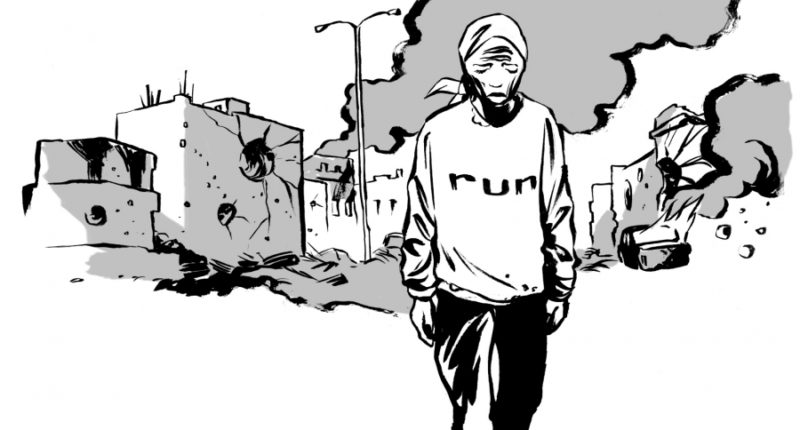 At the start of “An Olympic Dream,” it's 2008 and the family of Samia Yusuf Omar is looking for a television. They wander around the Somali capital of Mogadishu until they find one. On the flickering screen, they watch Omar line up on a track in Beijing. She looks thin. When the starting gun fires, Omar lags behind. She wins the hearts of the crowd not because she does well in the race, but because her determination shows through anyway.

When Omar returns to Somalia, she keeps training. Kleist's drawings are dynamic and at times dramatic: In one panel, Omar runs through the crowded streets of Mogadishu, dodging religious hardliners from al-Shabab. When she runs on the bombed-out track of Coni Stadium, she gets flashbacks to Beijing. Two children count off her times in lieu of a stopwatch.

Mogadishu is no place for an Olympic athlete, and Omar eventually decides to leave her life and family in pursuit of a dream. She travels to Ethiopia to find a team. “This had become her single mission in life,” Krug remembered. “To find a coach and make it to the Olympics.”

Kleist made the unusual decision to narrate much of his book through Facebook posts, which are loosely based on interviews with Krug and Omar's sister. “I want to start training again,” reads one post. “I keep thinking about Beijing. Where I stayed, I could see the Olympic flame. It was like seeing the world.”

It's an elegant approach to dramatize a story that was so often filtered through the prism of social media. After Krug helped Omar create a Facebook account, they used the platform to stay in touch. Their last contact was a message Omar wrote to Krug, explaining that she had left Ethiopia for Libya, and was hoping to cross to Italy.

Omar's journey from Ethiopia to Libya now seems unsettling familiar. She pays human traffickers who take her on a dangerous journey through the desert—a route that thousands upon thousands of migrants have taken. Kleist's scenes of the desert are harsh and lonely. A dozen people squeeze into a little car, which speeds through the endless desert trailing a long cloud of dust. 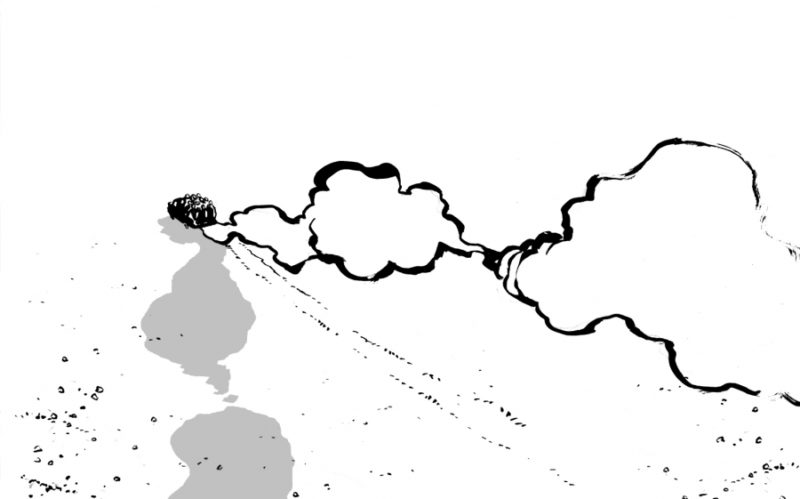 Scenes like these aim to help readers deeply imagine a crisis that has started to seem impersonal. “We don't even take notice of the number anymore,” writes Kleist in his introduction. Too often, he says, we forget “that abstract numbers represent human lives.”

In 2012, Krug wrote for Al Jazeera about her reactions to Omar's death. She felt “denial that I'd never seen her again, anger that I hadn't done more to help her, or that the media — members of my profession — only cared now that she was gone.”

Krug is skeptical that much has changed since then. In 2015, thousands of African migrants died while trying to cross the Mediterranean. Hundreds of thousands of Syrians have fled their country and face similar risks.

Still, Krug is enthusiastic about new approaches to nonfiction storytelling like “An Olympic Dream.”

“I didn't realize the power, maybe, of a book like this,” she said. “Even as journalists, you get fatigued. We need to be pursuing other ways of presenting stories.” 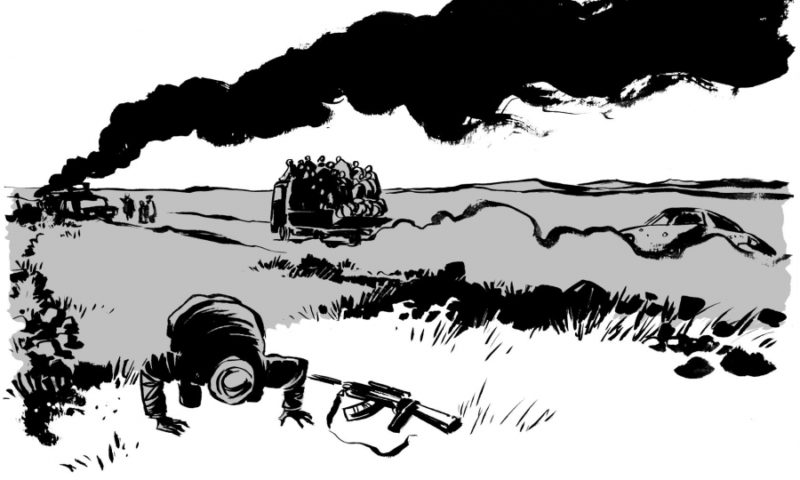 Read more Global Voices coverage of the Olympics: Joy, Disappointment and Injustice at the Rio Olympics