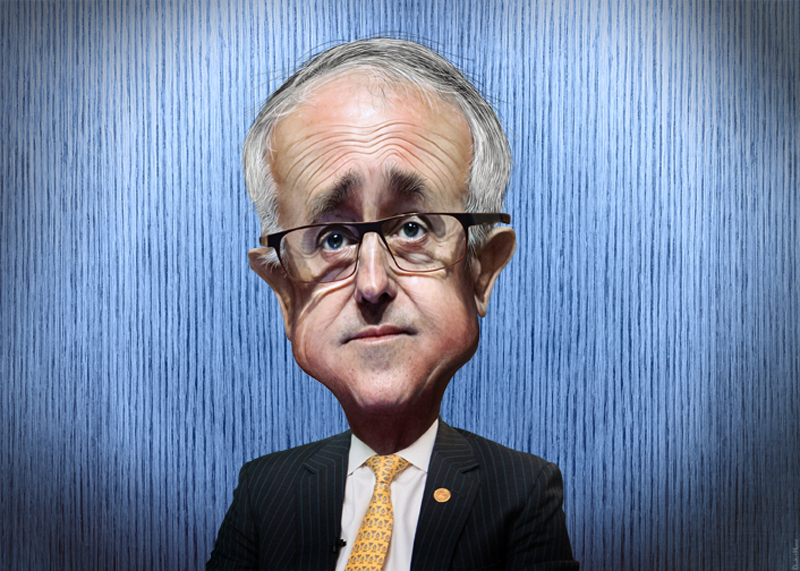 It took over a week for the Australian Prime Minister Malcolm Turnbull to claim victory in the general elections held on 2 July 2016. His Liberal National Coalition government won at least 76 of the 150 seats, giving it a one seat majority in the House of Representatives.

Even after their slim win, however, there was still one last seat up for grabs. The counting of votes for Herbert, the last House of Representatives electorate to be decided, was not completed until 18 July. In the end, the opposition candidate triumphed despite the prime minister's characteristic optimism:

Prime Minister Malcolm Turnbull said he was confident the Coalition would secure the Queensland seat giving it a slim majority — two seats clear of a hung parliament.

Australia has compulsory voting yet 9.57% did not vote in Herbert. A mini-bus load of those who thought their vote wouldn't matter might have changed the Herbert result.

In addition, there were 6,444 informal votes where electors did not fill in the ballot paper correctly.

However, it is not over yet, as the Australian Electoral Commission is conducting a recount that may take several more days or possibly weeks.

The Conversation's Adrian Beaumont explained as part of its Making Sense of the Polls series :

If Labor holds on in Herbert, the Coalition will have a bare majority of 76 of 150 House seats, with Labor on 69 and 5 crossbenchers. After appointing the Speaker, the Coalition would have 75 of 149 votes on the floor, and Turnbull could be exposed to possible defections from the hard right.

Australia has a very complex electoral electoral system with voters required to number a preference for each candidate on the House of Representatives ballot paper. Budding students of electoral processes (psephologists) can grapple with its complexity here and here.

Some statistics on gender balance in the new parliament may also have to be revised when the Herbert result is finalised:

Meanwhile Oz still waits for its Senate results. The Victorian ballot paper gives a clue to its complexity. It was impossible to lay the paper flat in the voting booth. There were 116 candidates. New South Wales topped the list of states with 151 candidates.

Final Senate results may not be known until August.

One thing is certain. Malcolm Turnbull's gamble of calling an election for all Senators looks to have failed badly. He had hoped that it would make it easier to pass legislation:

Adrian Beaumont's prediction foreshadows a difficult task for the government:

On current Senate results, the Coalition can expect to win 32 of 76 seats at most, which would be a one seat loss from the pre-election Senate. Although 32 Coalition seats are possible, the most likely outcome is 30 Coalition, 27 Labor, 9 Greens and 10 Others. The Coalition would then need 9 of the 10 Others to pass legislation opposed by Labor and the Greens (a tied vote in the Senate is lost).

One Twitter user was amused by the prospect of legislative chaos: