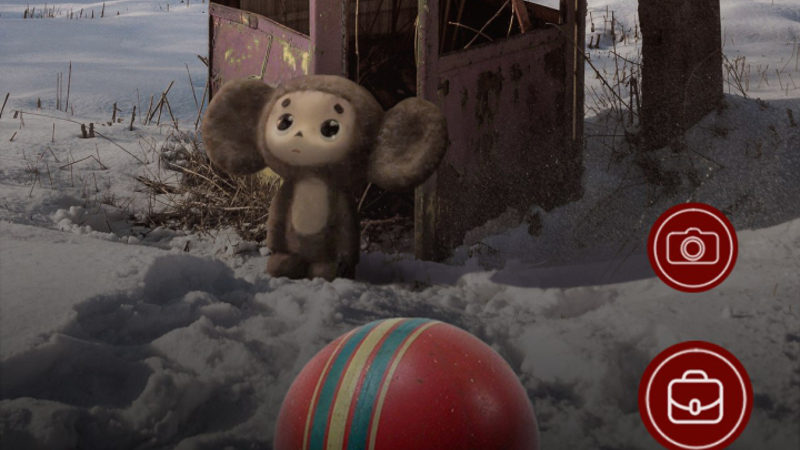 Who wouldn't want to catch this little dude? Cheburashka, a beloved Soviet cartoon character, placed in a Pokémon Go setting. Image from 2D Among Us.

The Pokemon Go game is taking the world by storm, and although it officially launched in Russia only today, July 18, Russian users have already joined in the fun. And Russian officials have already warned that the game could be used to “spark riots” and could “ruin us [Russians] spiritually.”

Other RuNet users have taken a more light-hearted approach to making Pokémon Go their own. A group of Russian artists and designers from the 2D Among Us community on VKontakte, Russia's largest social network, asked the question: What if the game was situated in the former Soviet Union and populated with characters from old Soviet cartoons? The resulting image manipulations are frankly adorable, bringing Cheburashka and other well-known cartoon figures to mobile screens, and placing monkeys, parrots and cute poltergeist Kuzya in recognizable post-Soviet landscapes, such as shabby garages, decaying playgrounds and industrial backgrounds. 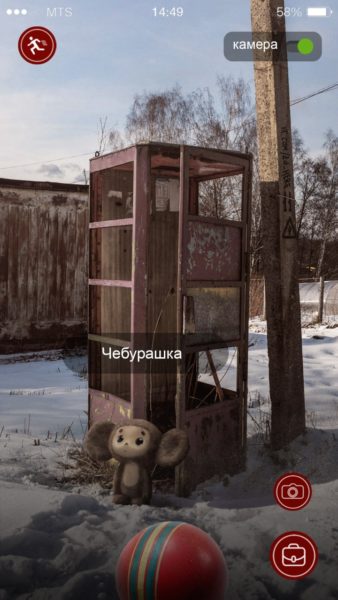 Everyone's favorite big-eared wonder Cheburashka in front of a broken phone booth. Image from 2D Among Us.

The artists also played with other game interface elements, replacing the pokeball device with a children's red rubber ball. The details look so familiar that one VKontakte user remarked they could “almost hear the sound of that ball.” 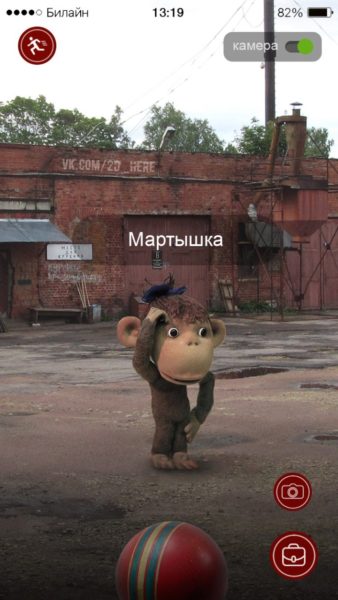 The Monkey from 38 Parrots cartoon finds herself in a dilapidated factory setting. Image from 2D Among Us.

The 2D Among Us community shares images of cartoon or movie characters edited into images of mundane reality, providing a playful and often surprising look at the things we observe around us every day. See more Pokémon Go-inspired cartoon characters on the 2D Among Us VKontakte page. 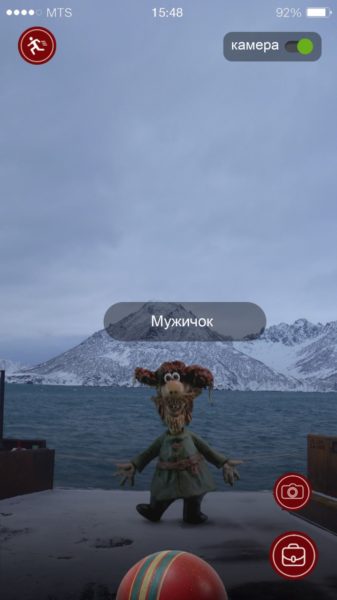 The Dude (Muzhychok), a character from the great plasticine cartoon “Last Year's Snow Was Falling.” Image from 2D Among Us.