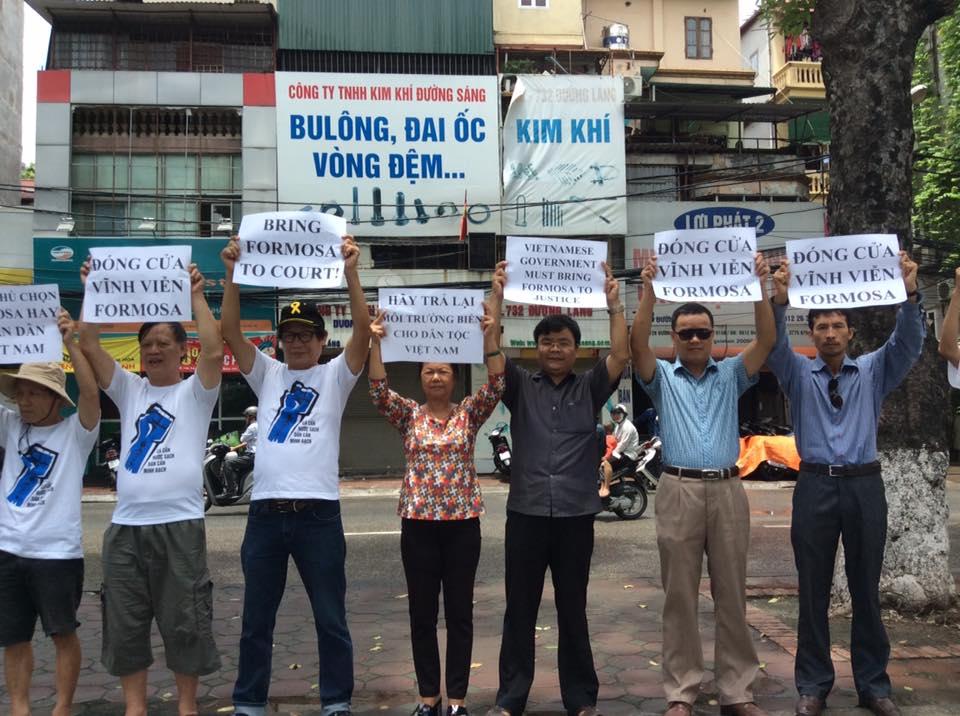 Protesters in Hanoi call for Formosa to cease all operations and be prosecuted by authorities. Source: Facebook page of Nguyen Thuy Hanh

Netizens have quickly jumped online to share their frustration with the investigation process following the Vietnamese government’s media conference regarding the cause of the environmental disaster which led to 70 tonnes of dead fish being washed up ashore.

The mysterious fish kill which destroyed the livelihoods of fisherfolk across central Vietnam was largely attributed to dirty discharge from the industrial plant of Formosa, a Taiwanese company.

The hashtag #toichonca (#ichoosefish) trended after an official claimed that pollution cannot be avoided in the metal industry.

Following the release of the findings and announcement that Formosa had agreed to pay $500 million USD in compensation for the environmental disaster, the Facebook community responded by asserting that the compensation is insignificant in the context of the damage Formosa has wreaked on the environment.

Vietnamese also shared their anguish over the government’s continuous delay of the announcement of the reasons behind the environmental disaster which occurred in central Vietnam starting in April.

Activists and the general online community responded by posting photos on social media which went viral and participated in a Facebook poll with the vast majority calling for Formosa to cease its operations in Vietnam.

The online community took to social media to count the number of days since the start of the environmental disaster.

Facebookers including Tu Anh Tu posted images and called for Vietnamese to blow a whistle every day until authorities released their findings as a sign of civil disobedience. 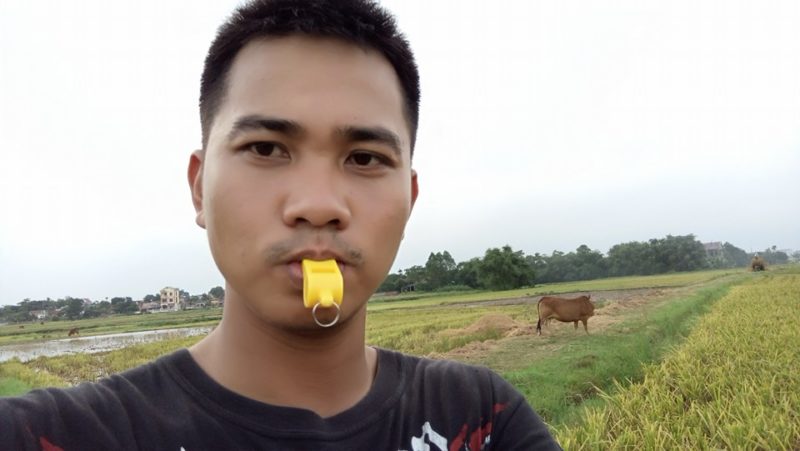 Citizens across Vietnam responded to the call by uploading their photos to express solidarity and demand Formosa stop its operations immediately. 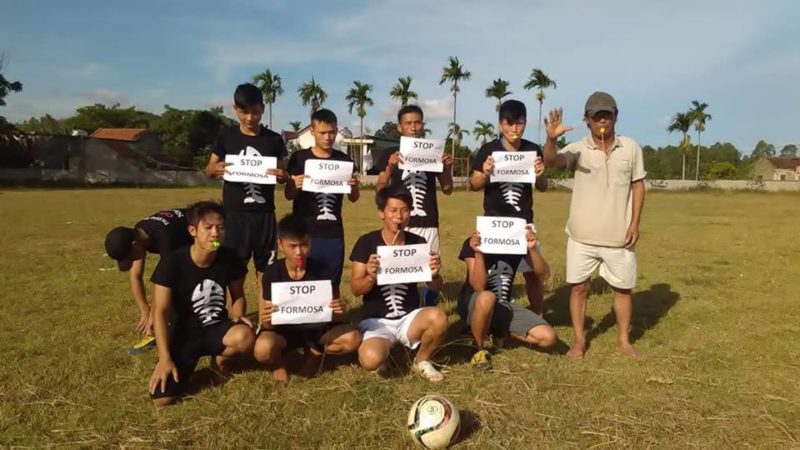 Activists in Nghe An Province participate in the “Blow a Whistle to Stop Formosa” campaign. Source: Facebook page of Hoàng Sa FC

Some have suggested that 84 days is too long of a time for the investigating body to determine the causes and perpetrators of this national disaster.

Calls for people to protest in major cities of Vietnam were shared rapidly online.

Users asked authorities to stop cracking down on peaceful protesters and ensure Formosa no longer works in Vietnam.

These calls come shortly after photos of police attacking and detaining protesters speaking out regarding the disaster were distributed online, resulting in public uproar.

The United Nations Office of the United Nations High Commissioner for Human Rights Acting Regional Representative Laurent Meillan has called upon the Vietnamese government to respect the right to peaceful assembly:

We urge the Government to conduct an independent, thorough and impartial investigation of the reported cases of excessive use of force by law enforcement officers.