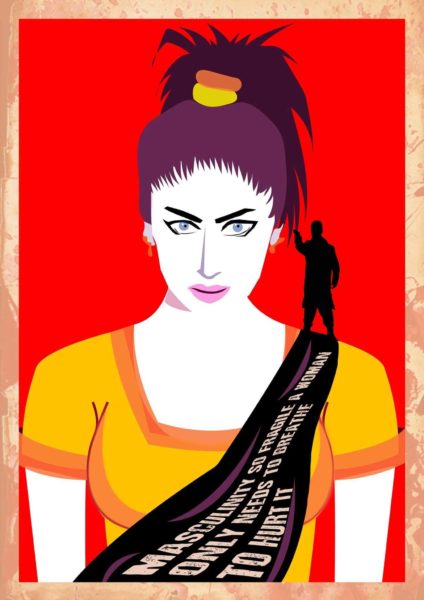 One of Pakistan's most famous social media celebrities, known for her bold, sensual and daring posts, was suffocated to death on July 16 — by her brothers — in what the police are calling an “honor killing” in her native city of Multan, Punjab province.

Baloch was killed in her family home while she was visiting her parents.

Her father registered a police report accusing his two sons of the murder of his daughter.

According to the police report, Baloch's father alleges that his sons murdered his daughter because they believed she brought “shame to the family.” He further said that his sons killed Baloch for her money.

Despite the initial police report, the investigation is still ongoing and the police suspect that the motive may have been a financial dispute, as one of Baloch's brothers, Waseem, was allegedly a drug addict.

Late on July 17, the police announced the arrest of Waseem, who confessed to the murder.

Despite Waseem's claims that his brother wasn't involved, Baloch's father insists that his other son Aslam, still at large, was the instigator of the murder.

Speaking to media he vowed: “My daughter was brave and I will not forget or forgive her brutal murder.”

While Baloch frequently shared videos and photos of herself, there was very little that was known about her private life.

She amassed vicious haters and dedicated followers during the brief period in which she shot to fame, but no-one could dispute Baloch's status as an internet sensation.

An honor killing is most commonly understood as “the murder of a family member by another, due to the belief that the victim has brought dishonor upon the family.”

In 2015, Pakistan's Federal Ministry of Law released statistics noting some 933 honor killings over the past two years.

‘I'm a fighter, I will bounce back’

The slain model attracted controversy as one of the strongest voices speaking out against patriarchal norms and traditional gender roles.

A self-professed ‘one woman army’, the model had posted on her Facebook page of her determination to ‘bounce back’ the day before her death.

Baloch had recently made headlines after she posted photographs and videos posing alongside religious cleric Mufti Abdul Qavi, revealing what she felt was a double standard.

According to Baloch, Qavi had invited her over to meet, claiming to be an ardent fan, despite the fact that his fellow clergy frequently criticised her.

The photos caused quite a stir, resulting in Qavi being suspended from the country's moon-sighting committee which decides when the ongoing holy month of Ramzan begins and ends.

To many Baloch was a complete enigma until recent media reports disclosed her real name, her passport, photographs of her ex-husband and her son who is a minor.

Ushbah Al-Ain, from the rights group Digital Rights Foundation, is appalled by the murder:

Qandeel Baloch, a girl in her twenties, a survivor of an abusive marriage, a mother of a child – and a woman who was taking charge of sexuality has been murdered. It doesn’t matter who killed her, because let’s be honest – we as a nation killed her. Yes! Me and you, us – we killed her and many others who die every single day in Pakistan. The approximately one thousand girls who die every year in the name of honor. And now while every news media outlet tries to capitalize on her death, while members of this society raise her son to hate her mother’s memory – we as citizens won’t be held accountable. We killed her.

Social media reactions that justify her murder are being shamed by others who believe that the killing should be condemned without qualification:

Pls stop using caveats while condemning #QandeelBaloch‘s murder: “I didnt approve of her, but…” You sound like a misogyny apologist.

Mainstream media's role under the spotlight

In the wake of her death, many are criticising the way in which the media reported her story, especially the fact that they chose to disclose her real name and identity, ignoring the fact that she used a pseudonym precisely for reasons of self-protection.

To our “free” media who only care about ratings – you are equally responsible for her death. Qandeel came in the limelight as Qandeel Baloch, not as “Fauzia Azeem” which was her real name. But our media really doesn't care about the lives of people. They revealed her name, they revealed her address and other personal details and once they did, her family came in the spotlight as well. When she was not using her real name and identity her life choices weren't being connected to the family. Their “izzat” (respect) wasn't being questioned. But when dangerous anchors like Mubashar Lucman constantly called her on his show along with misogynists like Mullah Qavi, that's when maybe the family also started feeling threatened. The neighborhood in Multan where Qandeel's family lived started taunting the family and her brother when they found out. Even now, media is allowing people like Qavi and Haroon Rasheed to spew hatred against a dead woman.

Journalist Issam Ahmed expressed his shock by sharing the details of his last conversation with Baloch, who was deeply concerned for her security.

So shocked by Qandeel Baloch's murder, literally shaking. We had been on friendly terms since I spoke to her for a couple of pieces in recent months. Yesterday she called to ask me to edit her Wikipedia page because she wanted references to her ex-husband and child removed, I agreed because the child is under 18 and exposed to a high degree of risk. I did it but the Wikipedia editor did not accept the edits despite my comments explaining why. The risks here are all too real.

Reporters from other publications have also come forward sharing how Baloch had expressed fear and concern when her real name and personal details were reported:

I spoke to Qandeel Baloch a couple of days ago to take her comment on her marriage story. She was crying. Said “they'll kill me”.

An online petition is currently making rounds on social media, demanding that those responsible in media and political circles be sent to trial along with her brothers.

Today, we hold the Pakistani media complicit in her death. We hold those journalists, editors, directors and owners responsible who leaked private details of her life. They publicized her marriage, her child, knowing the dangerously sexist conditions in this country. They berated her and thereby prepared the way for her to be killed.

‘No country for bold women’

Condemnations online are now being followed up by demonstrations and protests offline.

Civil society in Peshawar also denounced the murder as “inhumane” in a snap protest:

Mirroring the skewed media coverage that plagued her during her time as an online superstar, several Western media outlets have described her as the “Kim Kardashian” of Pakistan in the wake of her death.

Pakistani feminists feel that this couldn't be further from the truth as Baloch was a working class woman who in recent interviews had spoken openly about how she had worked hard to pay for her sister's wedding and bought a home for her parents — the same home she was subsequently murdered in.

As a tribute to her memory, political activist Ammar Rashid penned an ode to Baloch and Pakistani women:

We thrive upon the exploitation of women’s unrecognized labor our entire life, then cite scripture to tell them why they should be happy in their blessed bondage, their divinely-ordained lot in this world and the next.

We are murderously violent because we have nothing to stand on, because our fictions no longer sustain us, because the stories we tell ourselves to maintain our privileges no longer seem to fit with a reality in which women are somehow audaciously beginning to see themselves as fully human. Better, always, to eliminate such impudent threats rather than question the stories we've told ourselves all our lives.

Rest in peace Qandeel. Thank you for showing us the filth we are wallowing in.