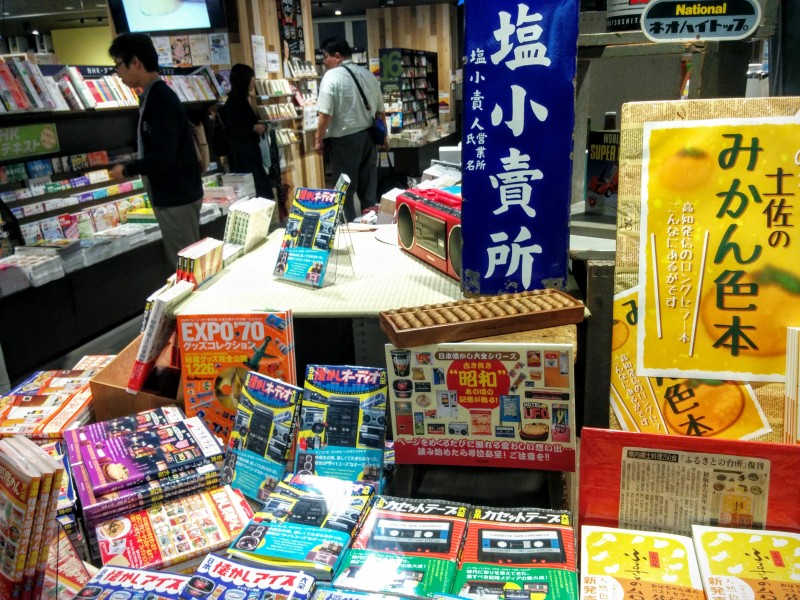 Twitter users in Japan are using a popular hashtag to share iconic pop culture images of the 1970s and 80s.

The hashtag #昭和生まれっぽい発言をしろ (Showa umareppoi hatsugen wo shiro) roughly translates as “tweets that show you're a child of the Showa period,” and people have been uploading their photos for months.

The Showa period in Japan marked the reign of the Showa Emperor (known as Emperor Hirohito in the West) from 1926 until his death in 1989, and was followed by the Heisei period, which continues to this day. 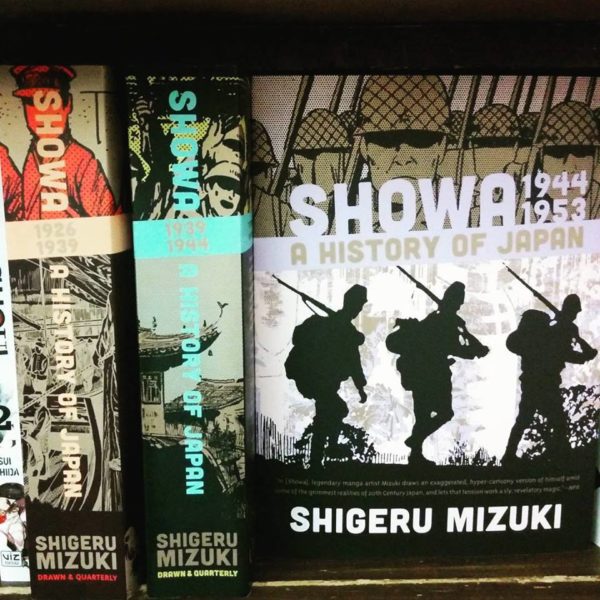 Cartoonist Mizuki Shigeru produced a multi-volume history of the Showa period. While the Showa era included the long Pacific War and Japan's defeat, many Japanese people today recall the boom years of the 70s and the 80s. Photo by Nevin Thompson.

While the Showa period includes Japan's destructive pursuit of war in the 1930s and the country's defeat in 1945, the time period also saw a postwar baby boom. These “Boomers” rebuilt Japan following the war and had “Gen X” children of their own, who grew up in the affluent consumer society of the 1970s and 1980s.

Probably because few people who experienced the destructive opening act of the Showa period are still around today and are active on Twitter, it's the people who grew up in the 1970s and 1980s who are posting using the hashtag #昭和生まれっぽい発言をしろ.

One of the most iconic images of the Showa era occurred at its close, following the death of Emperor Hirohito, when Chief Cabinet Secretary (and later Japanese Prime Minister) Obuchi Keizo held up calligraphy announcing Heisei (平成) as the name of the new era.

I'm sure everyone remembers this exact moment in history.

People born in the Showa era will recall the days when there were no electronic gadgets embedded into just about everything around us:

You had to open the car window like this.

The postwar period also had its own distinct look and feel known as “Showa style.” This rotary telephone, electric iron and faux wood-paneled air conditioner are good examples of this aesthetic:

I'm still using all of these.

Some of the nicknames of popular products also reinforce how gender roles were viewed in the Showa period:

Cassette tapes, almost unknown today, were an important part of pop culture in the 80s:

Some people still own large collections of cassette tapes to this very day.

These cassette tapes are supposed to last forever, so I rotate them from time to time ( ˘⊖˘) 。o

For many Japanese people, the postwar Showa era evokes rich memories of pop culture, such as the often-campy tokusatsu special effects. Here, a Twitter user recalls the goofy transformation of Pink Armadillo from the tokusatsu series “Kikaidar” from the early 1970s:

Other Twitter users fondly recall the distinctive design of Japanese cars from the postwar Showa era:

Back when I was young I used to go for drives all the time.

Japan's Showa period also saw the debut of video games, some of which could be pretty weird:

Any Japanese person born in the 70s and 80s will remember the first Nintendo home entertainment console:

Here's the original Nintendo controllers with the “plus” button.

Even before the advent of video games, there was more rudimentary electronic entertainment, including this Turbo Driving game:

Other Twitter users recalled pop culture artifacts that wouldn't have been out of place in classrooms in other parts of the world in the 1980s.

I was really looking for the multi-color pencil but couldn't find it.

The 70s and 80s also bring back memories of a time when Japan had slightly different morals:

My parents would get really mad if they caught me watching this show.

Some people recalled when amphetamine use in postwar Japan was considered a social problem:

However, it seems that every period in pop culture in Japan is fascinated with cats: